Andrea Spendolini-Sirieix has been named the 2022 National Lottery Awards’ Athlete of the Year following her incredible medal haul throughout the summer.

Following a public vote, Spendolini-Sirieix beat out the other nine nominees to the crown as she received over 4000 of the 11,000 votes.

Dive London Aquatics’ Spendolini-Sirieix was pitted up against the likes of five-time Olympic cycling gold medallist Laura Kenny, weightlifting’s Emily Campbell as well as para-swimmer Alice Tai. who came back from a knee amputation to win gold at the Commonwealth Games in Birmingham.

The National Lottery Athlete of the Year category recognises the achievements and legacy of Great Britain’s sporting heroes and showcases the impact of National Lottery funding on elite sport.

Since the National Lottery began funding Olympic and Paralympic sports in 1997, British athletes have won more than 1,000 medals at the Summer and Winter Games.

Many of those who captured the nation’s imagination and struck gold in recent years have been helped by the £30 million raised each week by National Lottery players. 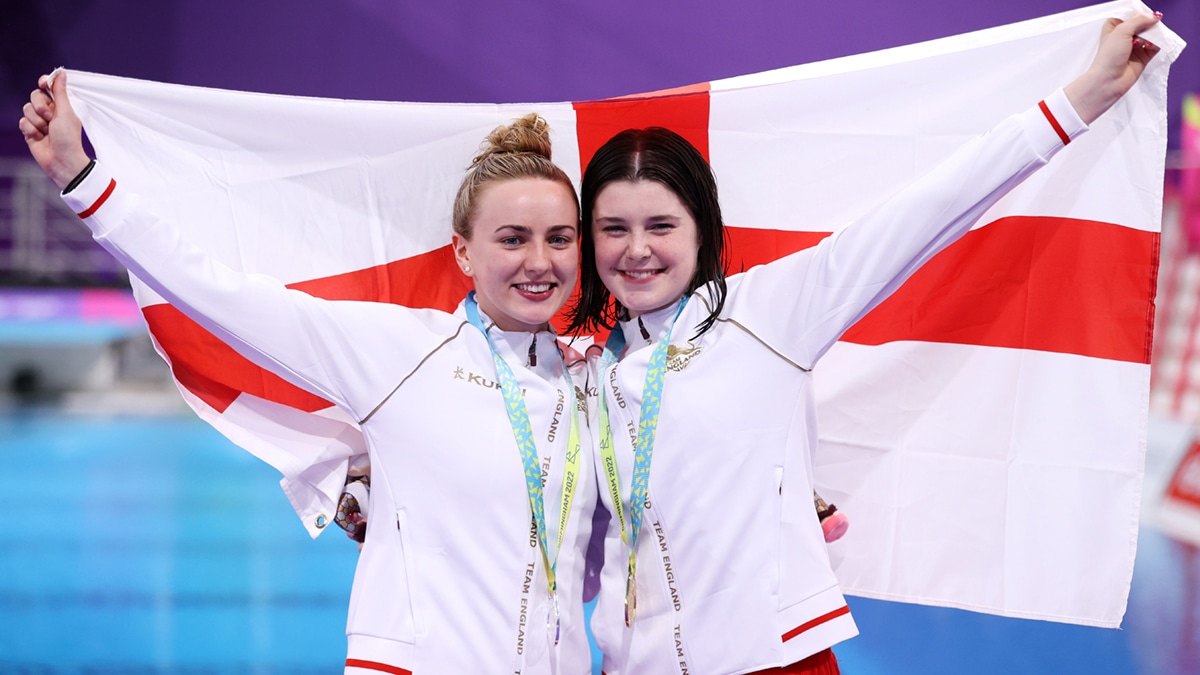 After receiving her award at the London Aquatics Centre earlier today, Spendolini-Sirieix took time to give thanks to those that support her.

She said: “I’m just speechless. It’s mind-blowing. To be one of the nominees and then to have won, I don’t really know how to describe how I’m feeling. I’m just very, very thankful.

“It gives me a lot of joy because I love what I do, I love my sport. To win accolades and awards like this, it’s such a beautiful sport and it’s incredible.

“The National Lottery help fund athletes and without them I wouldn’t be able to train. I’m very grateful for all of their support and to the public as well, every week they raise £30 million for good causes and that is mind-blowing.

She began by taking bronze at the World Championships back in June; teaming up with James Heatly in the Team Event to take the final spot on the podium after a tense final round.

Then came the Commonwealth Games, where the then 17-year old took three medals from three platform events as she became one of the breakout stars of this year’s Games.

The 2020 BBC Young Sports Personality of the Year rounded off her season with a further three medals at August’s European Championships in Rome.

In Italy, she won two more golds in both the Women’s 10m Platform and the Women’s 10m Synchronised platform, where she teamed with Lois Toulson, as well as a bronze in the Team Event alongside Williams, Heatly and Grace Reid.