Adam Peaty and the Mixed 4x200m Freestyle Relay team ensured it was another golden night for British swimmers at the European Aquatics Championships in Hungary.

Peaty powered his way to a fourth successive 100m Breaststroke European title with a professional performance in a race that also saw James Wilby bag a brilliant bronze in Budapest with a scintillating second 50m swim.

Peaty and Wilby secured Britain’s first medals on day two of the championships with the world record holder touching home 0.44 seconds ahead of Holland’s Arno Kamminga.

The National Centre Loughborough’s swimmer was joined on the podium by his team-mate Wilby, who clocked the fastest time in the second half of the race to power his way through the field for third spot.

Wilby was fifth at the turn but was the only man in the field to swim under 31 seconds in the second 50m to take the bronze in a time of 58.58.

Peaty said: “That was good, it was a very tactical race.

“That’s right at the edge of what I can do mid-season, with my moustache! Coming out here, I just wanted to enjoy it. Once I hit taper and am properly shaved, I’ll have a nice bit of preparation into the Olympics and it’ll be a good time.

In the Mixed 4x200m Freestyle Relay, Britain led from start to finish, with Dean (1:46.54) and Guy (1:45.43) giving Wood and Anderson an advantage of more than a second against the chasing Italian team.

Wood was still ahead after the third leg, clocking 1:56.67 to ensure Anderson had a 0.14 second lead going into the final 200m.

Anderson then recorded a time of 1:58.03 as Britain knocked 1.76 seconds off the previous championship best of 7:28.43 set by the German team at the 2018 competition in Glasgow.

Guy said: “This a relatively new relay for us. 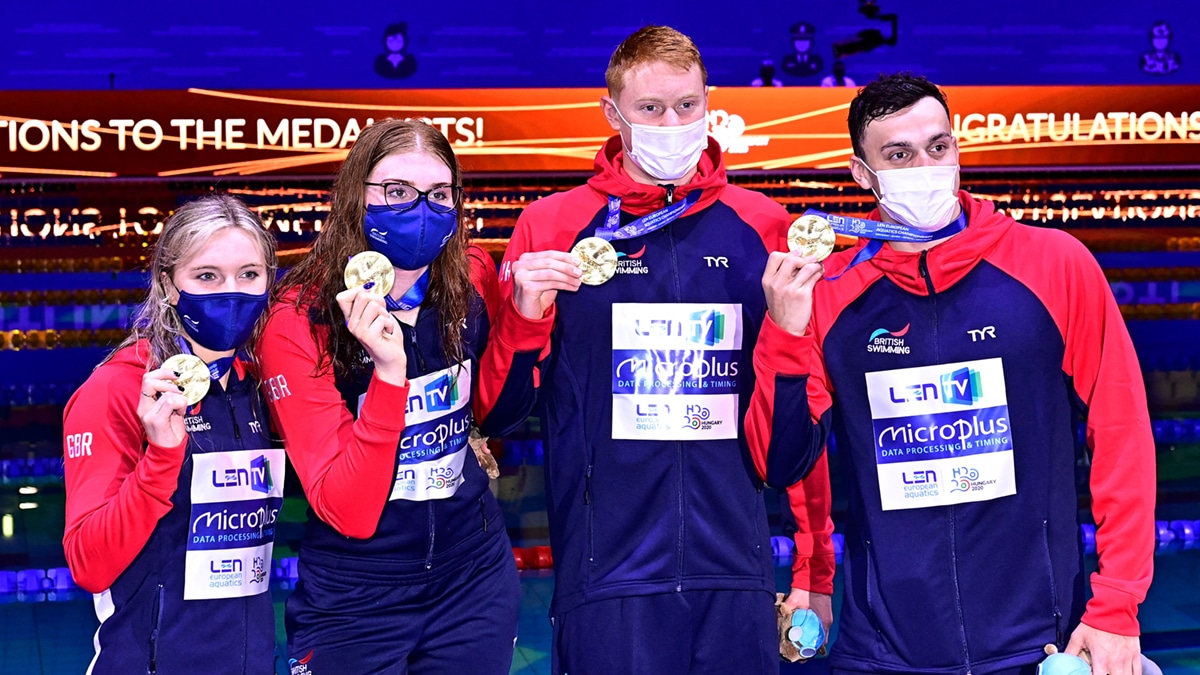 “It was tactically a very good race. We made sure each last 50m was as strong as it could be. I think we can progress faster and do more.

“My programme at the Olympic Games will be shorter, so for me it’s all about fine-tuning. I think this meet a great training block for the summer.”

Anderson added:“We have a stronger team this time around so we are very happy to get the level up.

“It was an amazing team effort.”

Anna Hopkin swam a season’s best time as she claimed sixth spot in the final of the Women’s 50m Freestyle – in a race which saw a tie for second spot.

Hopkin, who was part of the gold-medal winning 4x100m Freestyle Relay team, was just outside her lifetime best as she finished in 24.51.

Holland’s Ranomi Kromowidjojo was victorious in 23.97 with Denmark’s Pernille Blume and Poland’s Katarzyna Wasick both clocking 24.17. 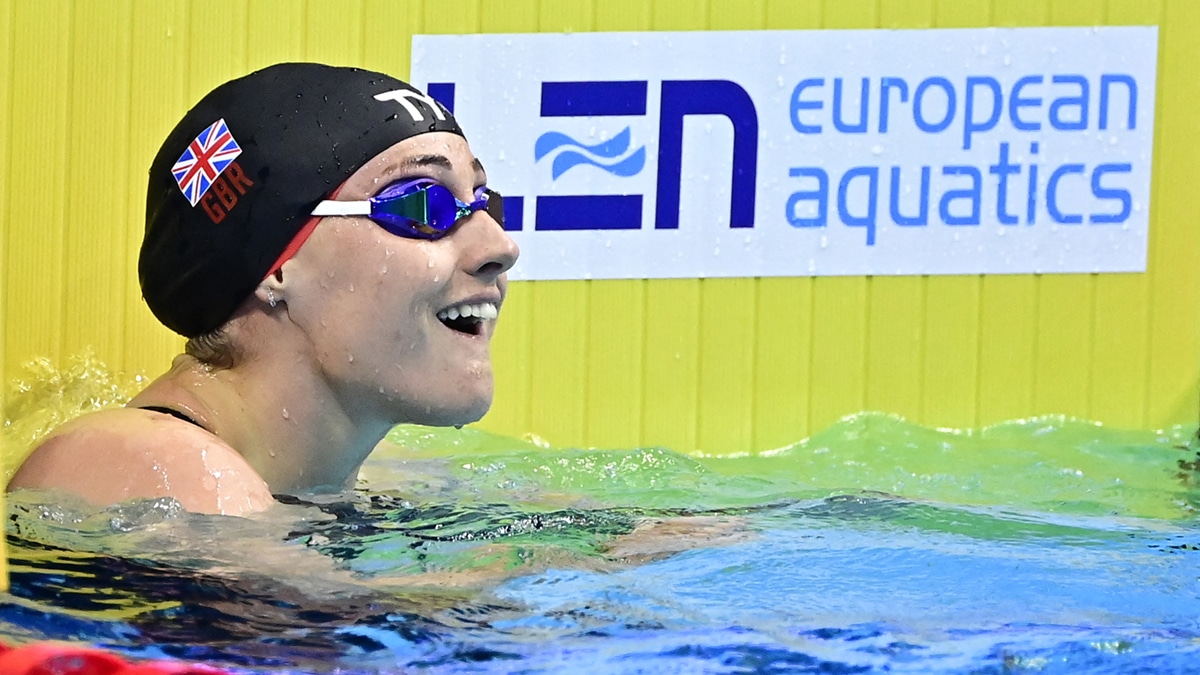 Molly Renshaw set a new British record and shattered her own personal best as she qualified for the Women’s 100m Breaststroke final.

The National Centre Loughborough swimmer stormed down the second 50m to touch home in second place in a time of 1:0621.

That shaved 0.13 seconds off the previous British best of 1:06.34 set by Siobhan-Marie O’Connor in Glasgow almost five years ago.

Renshaw said: “I’m over the moon with that – I’m a bit surprised to be honest!

“I know I made a few mistakes at trials and so the time wasn’t as quick as I wanted, but I didn’t expect to come here and drop that much time.”

Dean booked his spot in the Men’s 100m Freestyle final as he qualified eighth fastest in a time of 48.39 – but Matt Richards missed out after finishing eighth in his semi-final after touching home in 49.01.

Kathleen Dawson also set a new British record in the Women’s 50m Backstroke as both her and Cassie Wild booked their spots in the final.

Wild was seventh quickest in a time of 27.98 to also reach the final on Wednesday 19 May.