The final set of Swim England National Awards finalists have been revealed ahead of the awards ceremony on Saturday 26 November.

Seven special individuals have been chosen for the Spirit of Aquatics Award, which recognises those who have accomplished a notable sporting achievement at either county, regional or national level.

The nominees for a further nine national awards have already been announced in the lead up to the ceremony, all of which you can find here.

As well as the nominated awards, a number of other awards will also be given out at the ceremony, such as the Breakthrough Athletes of the Year, Spirit of the Commonwealth Games and the Harold Fern and Alfred H Turner awards.

The event will also host the next inductees into the Swim England Hall of Fame.

The nominees for the Swim England Spirit of Aquatics Award, are:

Having set up her own Learn to Swim school just four months earlier, Kerri wanted the best for her swimmers and added artistic swimming to her Learn to Swim pathways.

Three of her athletes are now part of Great Britain’s youth squad and all came through her swim school too. She puts everything into all her swimmers and ensures the whole club go to at least one national event each year.

Kerri is a great ambassador for the sport and has brought a family feel to a flourishing Aqualina.

Joseph has had an ambition to qualify for his county’s championships every year and has always come close to the qualification times, but just missed out.

Last October, only a few months after returning to swimming following an operation, Joseph finally achieved his dream and qualified in both the 400m and 200m Freestyle.

He then went on to not just compete, but he improved his personal bests times in both events.

Joseph then took on the ‘Triple 5k’ Swimathon 2022 challenge to raise money for Contact, a charity which helps families with children with disabilities including MHE (Multiple Hereditary Exostosis), a condition he lives with.

He completed his three 5km swims in a week, finishing first for his age group in the country, and raising £600 for his charity.

Juliette travelled across a number of diving facilities several times a week to continue with the sport she loves, after her home pool at Crystal Palace has been closed since lockdown.

Despite this, she won gold in all four of her events at the British Elite Junior Diving Championships and won two golds and a silver medal at the Armada Cup in Plymouth.

She also learnt enough 10 metre dives to compete at the British Diving Championships at the age of 12, where she came 11th against the nation’s top talents including Andrea Spendolini-Sirieix.

Rotherham Metro’s Emily Crossley is an up and coming star within water polo, after the teenager was the leading goal scorer in the British Water Polo League.

In June, she made her senior debut as she represented England in EU Nations Cup in the Czech Republic.

Her teammates also regard her as a great team player, helping out others in training and helping to boost their confidence in the sport.

Ranjuo made history in 2022, by becoming the first-ever male to compete for Great Britain in a solo artistic swimming event.

The young star went on to win silver at the European Junior Championships with an incredible routine that scored 76.8668 to finish just ahead of Italy.

His commitment to his club, Rushmoor, never dwindled as he began 2022 with two gold medals at the Artistic Swimming Junior and Senior National Championships – all in a year where he completed his GCSE’s.

Para-swimmer Grace is an inspiration to everyone who meets her.

When she first trialled, she was used to having in water support but was determined to swim independently.

After months of hard work, she began to swim 25 metres without stopping and she won silver in the 50m Freestyle at her club championships.

Grace has also taken part in Swimathon, raising money for her local club and a Foodbank Charity. She excelled herself by swimming 20 lengths in the given time.

Her success has seen her become a spokesperson for the sport and she’s continuing to develop as she aims to become a Paralympian.

After moving from Ludlow Swimming Club to the University of Birmingham, Oliver’s swimming has gone from strength to strength.

His success across the year is unprecedented as he broke 37 university records and he became the 18 Years British record holder in the 50m Backstroke at the British Swimming Championships.

Oliver also won a medal of each colour at Swim England’s Winter National Championships, as well as two silver medals at the British Summer Championships.

Most importantly, he supports his teammates at the university and has maintained close contact with Ludlow, helping them to recruit more young swimmers and inspiring them to success. 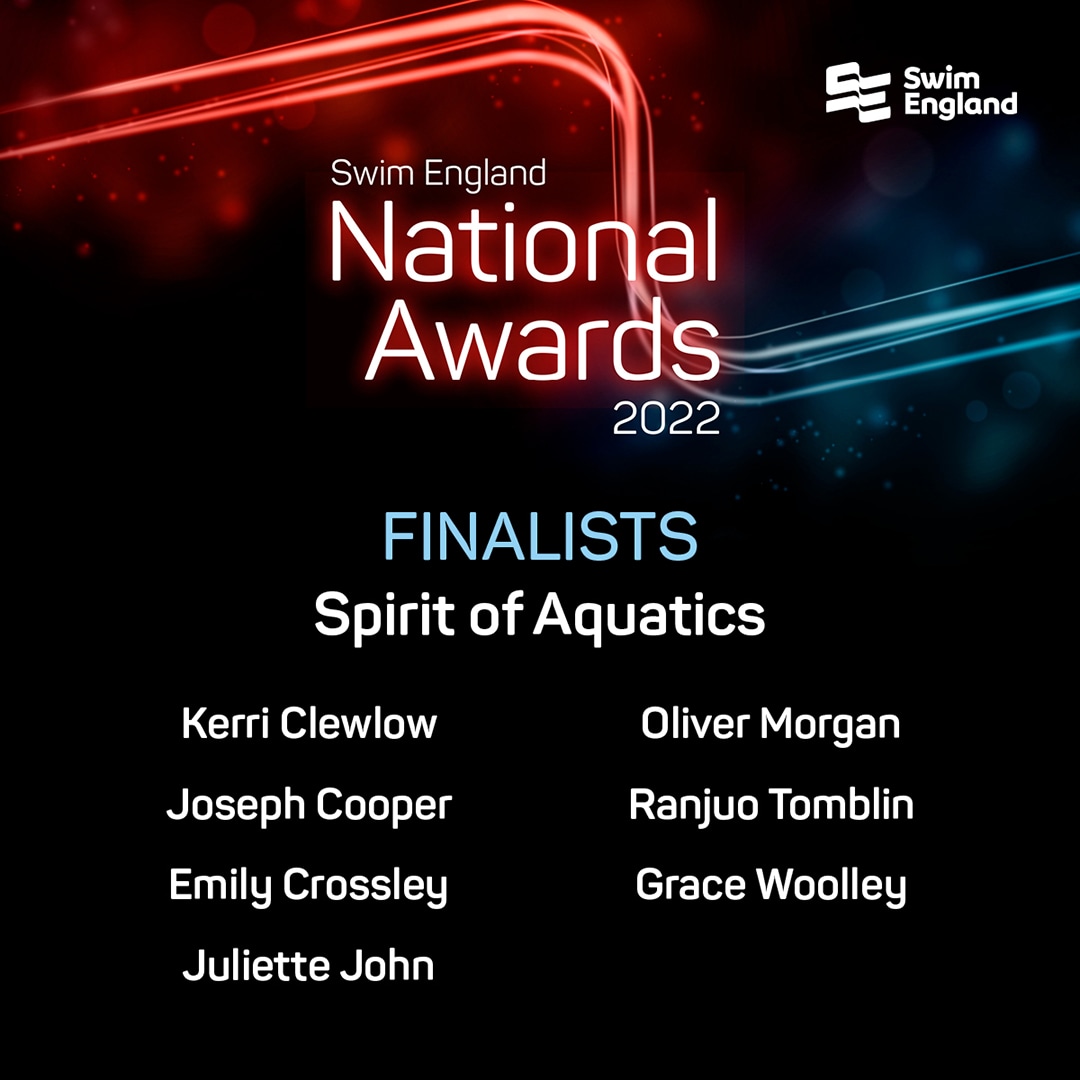