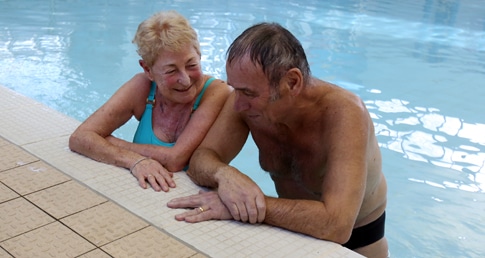 The ASA’s Dementia Friendly Swimming Project Steering Group in Manchester has been shortlisted for two Spirit of Manchester Awards.

The project steering group has been shortlisted for both the Best Partnership and the Health and Wellbeing awards, the winners will be announced at a presentation ceremony at the Royal Nawaab in Manchester on the 8 October.

The Spirit of Manchester Awards is a series of awards which celebrate and highlight the incredible work being done in the voluntary and community sector of Manchester.

It also acts to raise the profile of the sector in general among the general population and hopes to inspire and encourage citizenship and community values.

ASA Programme Lead in Manchester, Catriona Sudlow, said: “The steering group is incredibly proud to be recognised by the local community in Manchester for the work we are doing for the Dementia Friendly Swimming Project in the area.

“Being shortlisted for two separate awards really reinforces how worthwhile this project is and the positive affect it has on people affected by dementia living in the city.”

You can view all of the nominees shortlisted for 2015 on the Manchester Community Central website.