There was a British one-two at the in the Free Combination – Free Routine at the LEN European Masters Synchronised Swimming Championships in Slovenia.

And it was Rushmoor’s team of Emma Adams, Angela Boitsidis, Janice Brignull, Nicola Buckingham, Rachel Davies, Francesca Feast, Andrea Holland, Carolyn MacDonals, April Poulter and Grace Reukers who were celebrating after scoring 60.1000 to take the gold in the 50-64 age group.

Rugby were 9.8667 points behind as they took second spot. Their team of Sandra Anstruther, Julie Bowler-Smith, Dawn Broad, Alison Richardson, Kay Ridler and Joyce Williams scored 50.2333 to comfortably finish above third-placed Simklubben Taby Synchro, from Sweden, who finished on 48.7333. 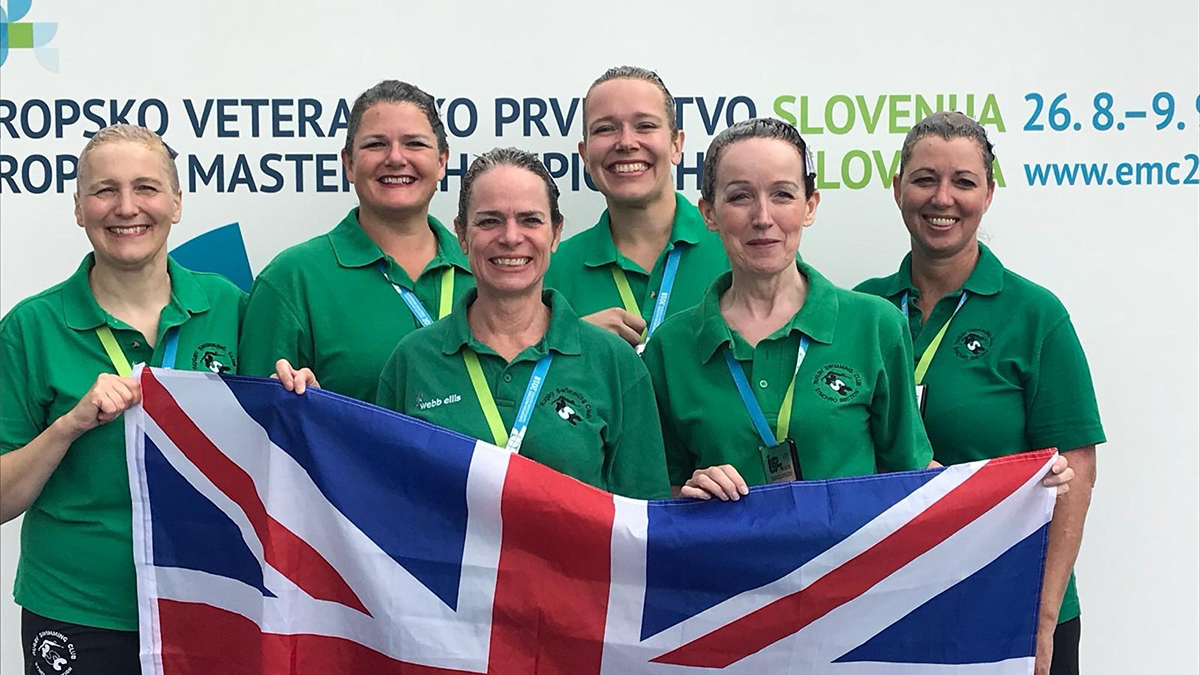 Athletes representing Rushmoor also won a gold in the 35-49 Team-Free routine with a score of 64.3333.

The Brighton Dolphins were the only team in the 50-64 age group.

The same Brighton team also entered the Team – Technical Routine and took the 50-64 age group gold medal with a score of 45.6200.

Linda Doidge, Brighton Dolphin synchro swimmer said: “The camaraderie was super, all supporting one another and the other European teams were all very friendly too.

“We had sun, rain, thunderstorms and very low mountain cloud in a beautiful backdrop set in the mountain valley town of Kamnik. The locals were all extremely helpful, going above and beyond to make us all feel comfortable.

“As for medals, they were plentiful. Bearing in mind we are all above 50, Brighton Dolphin won a gold for team in 50-64 age group and a Bronze for a 60-69 solo. Britain also had the oldest competitor in our ranks, Jeanne Ansley who won gold in the 70+ age group.

“It’s been a great masters competition in a wonderful venue and country.”

In the same event, Rushmoor finished second overall in the 35-49 age group.

The other two teams on the podium were both from Netherlands with the winners, ZPC Amersfoot, scoring 63.7933 and the bronze medal going to PSV Eindhoven on 61.0533.

The Solo-Free routine was a high-scoring event for the British athletes.

Jeanne Ansley, of City of Leeds, was the only competitor in the 70+ age group and so received a gold medal for her score of 50.7000.

Andrea Holland, of Rushmoor, secured 59.2667 points to take the gold, while Margaret Hamerton, of Brighton Dolphins, took the bronze after being awarded 53.6000 points.

The two were separated by Holland’s Edith Otten, who scored 56.6333.

Ansley was again the only competitor in the 70+ age group and won a gold for her routine which scored 51.5534.

The same three competitors medalled in the 60-69 age group as for the Solo – Free routine.

They were again separated by Otten, of Holland, who scored 55.7600. 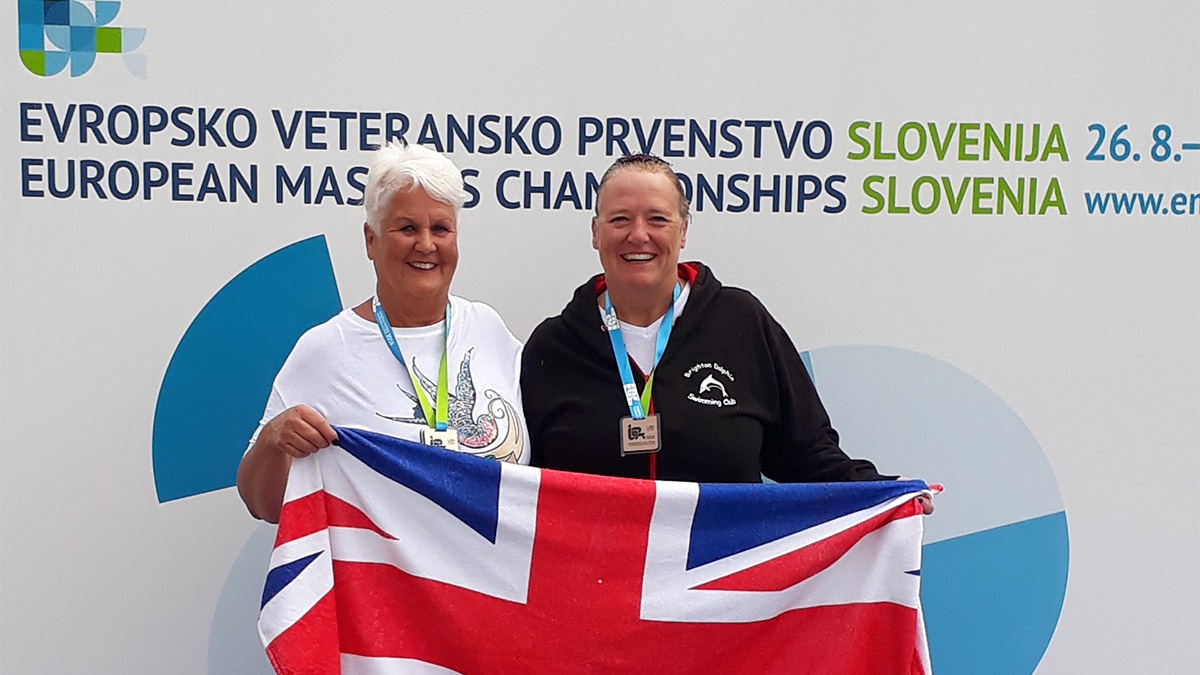 The Duet events were lucrative for the Rushmoor swimmers.

The Duet – Technical 50-59 age group competition saw Holland and MacDonald, of Rushmoor, win a silver medal with a score of 60.7667. They finished 2.4266 behind the German winners Birte Hohlstein-Janssen and Silk Hohlstein-Terrwesten.

Another medal for Rushmoor was won in the 40-49 age group.

Davies and Reukers secured a bronze with 61.4800 points, 3.1867 behind the champions Sabrina Ijsenbout and Wendy Ijsenbout, from Holland.

Rushmoor pair Holland and MacDonald impressed in the 50-59 Duet – Free routine and finished in third place to add to their medal haul.

They narrowly missed out on the silver, with 60.5000 points.

The gold medal went to the German duo of Hohlstein-Janssen and Hohlstein-Terrwesten, who scored 65.6667, with Italy’s Maria Paola Giacomini and Francesca Scorpion taking the silver with 61.100 points.