City of Salford lifted the 2022 Swim England Artistic Combo Cup, winning silver in a nail-biting finale to put their name on the trophy.

It was Rugby’s (team two) that swam first of the contenders in the Division Two, 15-18 Years event and scored 66.6000 placing them top of the leaderboard.

Salford swam fifth and performed exceptionally well under pressure to pull out a score of 64.7333 to put them in second spot with just five teams left to swim.

Neither of Aquavision, City of Birmingham or Reading Royals could oust Salford’s score, despite impressive displays, leaving Rugby the only challengers with Salford for the title.

Rugby (team one) swam second last of the competition and scored a well-respected 58.7667 that placed them joint sixth.

It took Rugby to 29 points in total, level with City of Bristol for second but two points off Salford who took the crown with 31 points from their four events.

It’s Salford’s third Combo Cup victory after winning both of the first two running’s of the event in 2017 and 2018.

Salford coach Jess Fletcher couldn’t believe the result saying: “It’s a bit of a shock to be honest, I’m not going to lie.

“We’ve won the Combo Cup twice before but that was when we entered five full teams and this year we only entered four.

“I was just hoping that all of them would do their best in each of their individual events but for it to mean that we’ve won the Combo Cup overall is just amazing.

“It was a huge shock when I found out we’d won. I had to ask them to tell me twice!

Salford’s four teams all took home medals with two silvers and a gold in the second session before the silver in the final event.

It was a consistent performance all round from the Manchester based side and Fletcher said winning with the last performance was really special.

“A few people came up to me and said it was really close.

“My phone’s had no WIFI all day so I’ve been unable to refresh the scores so I generally didn’t know where I was up to which made it so special when I found out.

Fantastic to be here

“We’ve done really well in all the events we entered so consistency was the key to winning overall and I’m so happy we’ve done that.

With this being the first Combo Cup in person since 2019, Fletcher spoke on how great it was to have the event back.

“Every club has had so many challenges but we entered the virtual last year and we did well in the categories we entered but it was just so nice to have the event run.

“It’s been a really long day but it’s been an amazing day too.

“It’s fantastic to be here, I remember walking in to this venue the first time it was held here, obviously with it being the Olympic pool it was very special and it’s special to be back.

“The first year Combo Cup was held it was in Manchester which was our home turf which was nice but this is just out of this world.” 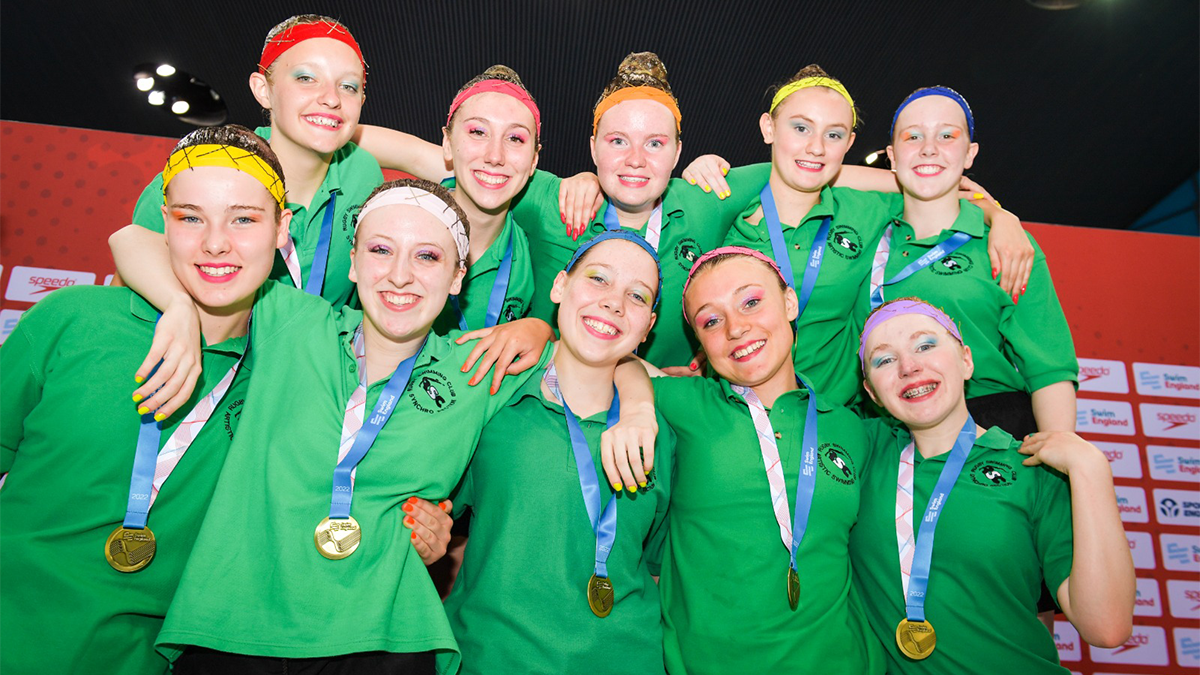 Gateshead synchronised SC also enjoyed Division Two success in the final session as they ran out winners in the 13-18 Years competition.

Their team of Sophie Robinson, Anna Clemmetsen, Armela Brakaj, Harriet Stannard, Sofia Becerra-Mugica, Bethany Robinson, Grace Arkley and Lucy Watson scored 62.3667 for their routine that placed them over a mark clear of their nearest rivals.

The gold was Gateshead first of the day following on from the silver they took in the opening session. 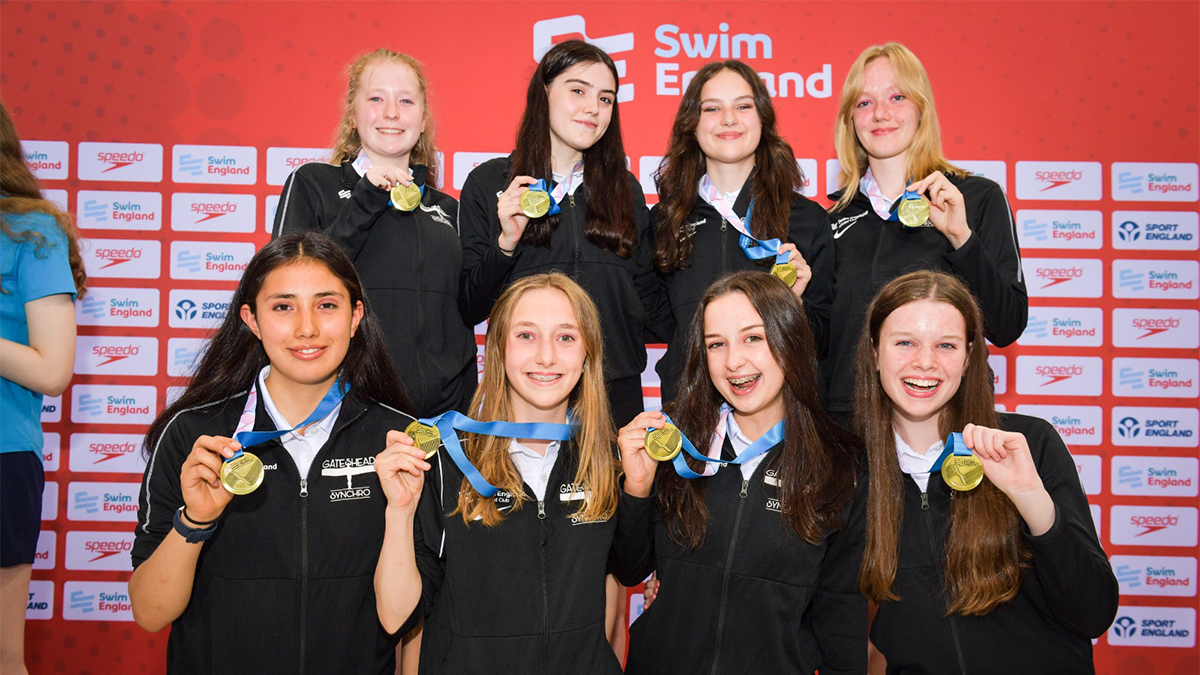 Rykneld got themselves on the gold medal board with victory in the Division One, 15-18 Years event.

The Derbyshire based squad scored 55.2667 in their routine to take the title by nearly two marks.

Aquaoaks continued their impressive display in this year’s competition to finish second on 54.0000 after winning two golds in the second session.

Kingston completed the podium just behind Aquaoaks with 53.9333 with the City of Bradford just missing out on a medal in fourth (53.8667). 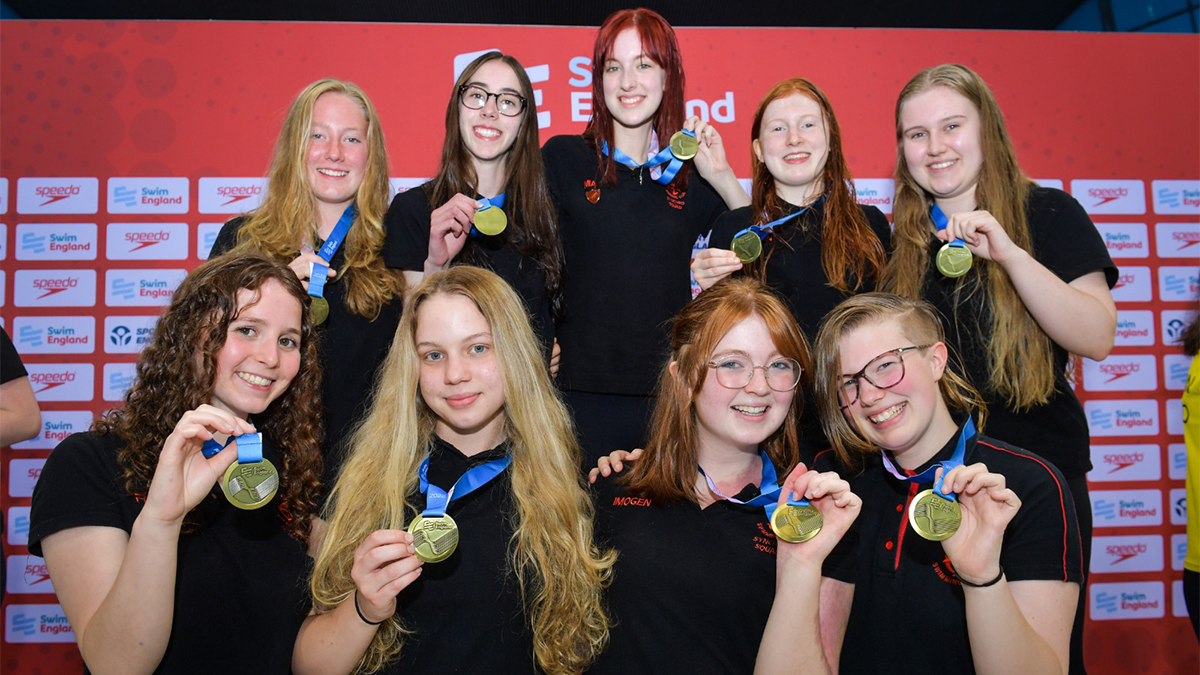