Aquaoaks at the double in Combo Cup session two

Aquaoaks ASC took both Division One titles in the second session at the 2022 Swim England Artistic Swimming Combo Cup.

The Sevenoaks club took the titles in the Division One 9-12 and 13-15 Years events as they climbed to third in the overall Combo Cup standings.

It saw them take a narrow win over the City of Salford who were just 0.2000 points behind.

More success followed for Aquaoaks as their Division One 9-12 Years squad won gold in the final event of the session.

In another incredibly close event the team won gold by just 0.0667 points, once again forcing Salford to settle for silver.

Aquaoaks scored slightly higher than Salford for execution and difficulty despite the Manchester based side scoring more for artistic impression.

Reading Royals weren’t far behind either as they won bronze with a score of 48.8000. 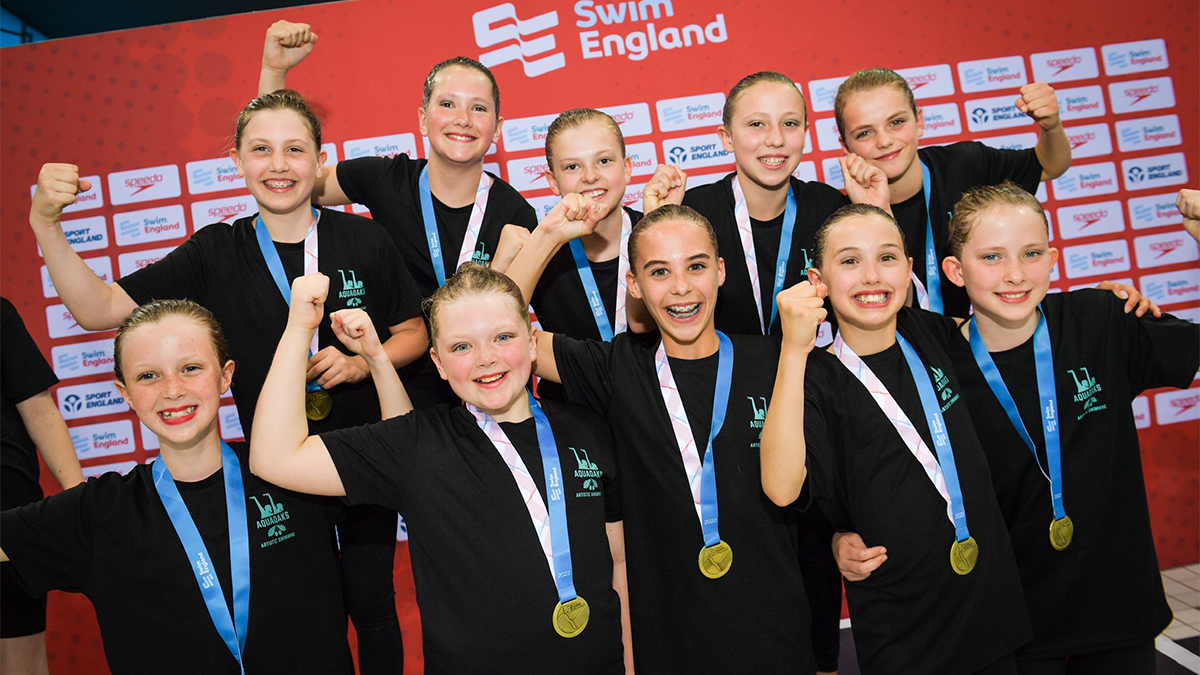 City of Bristol stormed into the Combo Cup lead after taking gold in the Division Two 12 & under event.

The Bristol team won the head to head battle with City of Birmingham to claim what could be a vital nine points in the battle for overall title.

They now have the overall lead with 29 points, a six-point lead over second place Salford.

Eight points were awarded to Bristol for the win with a bonus point added due to the number of swimmers within the routine.

Birmingham had to settle for the runners up spot, finishing nearly four marks back on 51.8333. 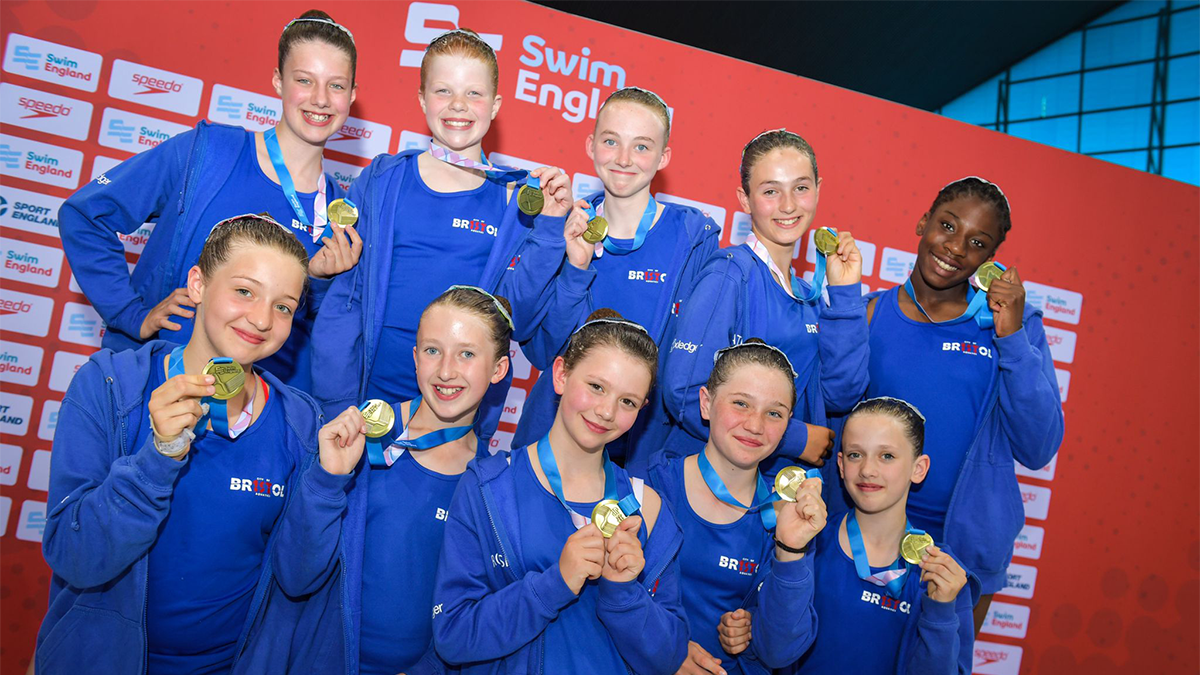 Salford win their first gold of 2022

Gold finally came for Salford at this years Combo Cup in the Division Two, 15 & Under event.

The result coupled with the two silvers has put Salford in a strong position heading into the final three events, sitting on 23 points and in second place in the Combo Cup standings.

Following the pair of Salford and Reading was Aquavision who took Bronze with the North London club scoring 56.9333. 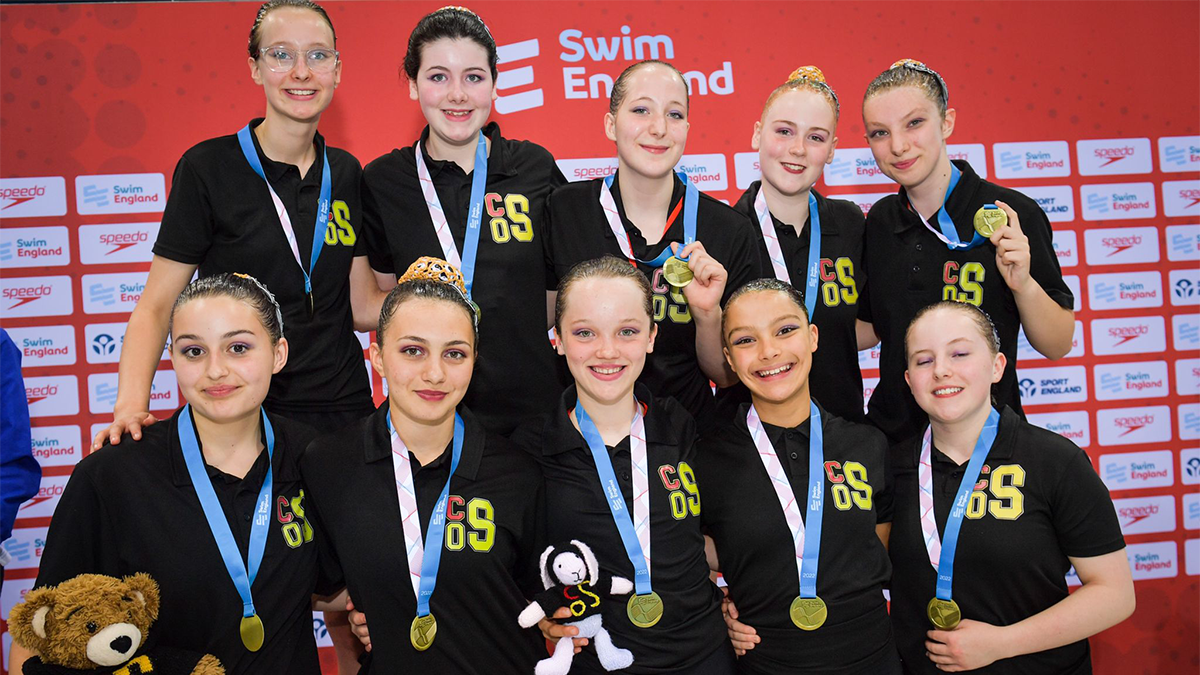 Defending champions Rugby SC got their first gold of the day as they took home the Division Two, 13-15 Years title.

Rugby’s team wowed the judges with a routine that scored a massive 61.4667 points to win themselves the gold.

The routine was 2.2667 marks clear of their nearest rivals the City of Bristol who finished in the runners up spot.

Bristol scored 59.2000 as they scored another seven points for finishing runners-up with an extra point for having at least ten swimmers within their performance.

You can see the full Combo Cup standings here. 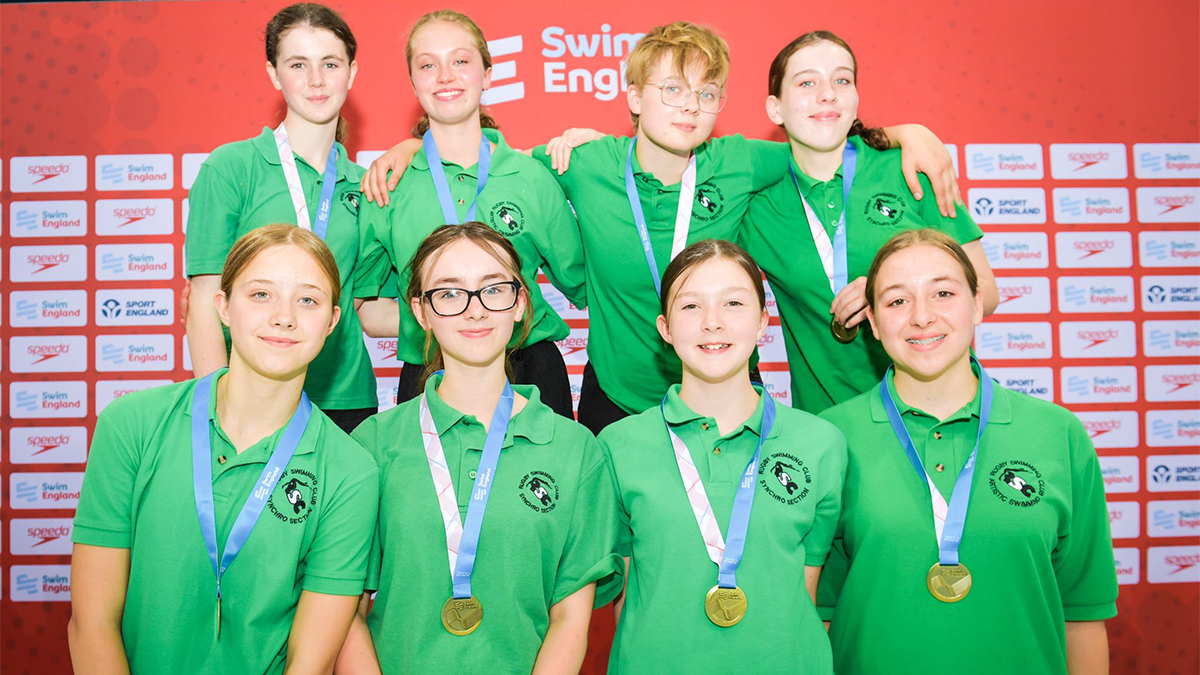