Entries have opened for the Swim England Synchro Combo Cup 2019.

The popular competition will take place at the iconic London Aquatics Centre on Saturday 6 July.

It is a unique event in the synchronised swimming calendar as it only features free combination performances.

Featuring some of the best young synchronised swimmers in the country, the Combo Cup is contested over two divisions and five age groups – 12 and under, 13-15 years, 15-18 years, 13-18 years and 15 and under.

Medals are up for grabs in each of the age groups and the club with the largest total score across all divisions will win the Combo Cup.

More than 700 athletes took part in the 2018 competition which was held at the London Aquatics Centre for the first time.

City of Salford retained title in 2018 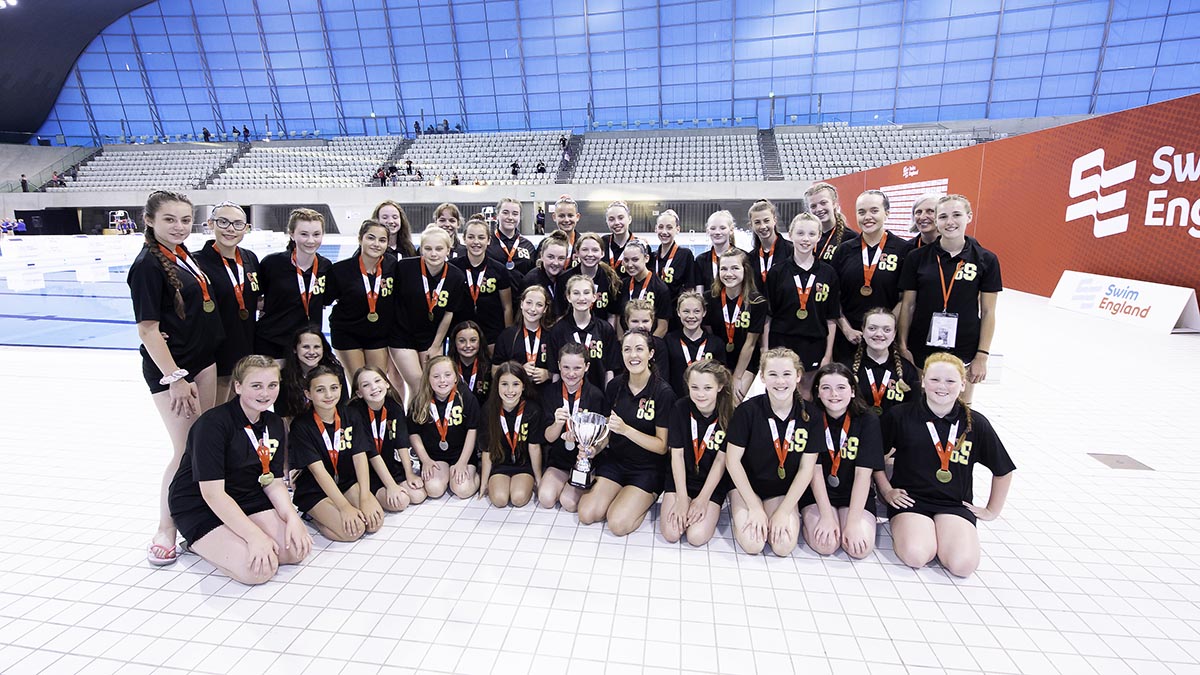 City of Salford retained the title they won at the inaugural competition in 2017 following a dominating performance.

They topped the rankings with 36 points from five events to finish six clear of Walsall SSC, who scored 30, and Halifax SC, who finished on 22 points.

Maria Ramos, from the Synchronised Swimming Leadership Team, said after last year’s event: “I’ve been thrilled to see so many winners from each of the divisions and from across the regions, which really shows how strong synchro is getting.”

Entries for the 2019 competition need to be submitted by 12 noon on Wednesday 5 June.

Spectator tickets can be purchased online at an early bird price of £9 for adults and £8 concessions until 12 noon on Friday 21 June.

A range of merchandise, including T-shirt, hoodie, water bottle, badge, pen and bag, can also bought on the day.