The teenager took part in the inaugural male free solo event, scoring an impressive 76.8668 to finish as runner up behind Denis Gonzalez of Spain.

Tomblin, who made his international debut last year in Malta in the technical mixed duet, showed impeccable technique as he scored 23.5000 for execution, 30.2668 for artistic impression and 23.1000 for difficulty.

He just edged out Italy’s Filippo Pelati for bronze who scored 76.2000.

Tomblin was recruited to the Swim England Artistic Swimming Talent pathway in 2020 after being a regular at the National Age Group Championships and Combo Cup competitions.

The medal added to the bronze Tomblin had already won in the Mixed Duet alongside partner Beatrice Crass in the Technical event.

The pair thought they had silver secured in the Mixed Free Duet but were unfortunately hit with a two-point penalty that saw them drop from second to fourth.

Robyn Swatman also impressed in both the Women’s Free and Technical solo finals, improving on her finishes in both events from last year.

She finished seventh in the technical final before scoring a massive 80.1668 to finish eighth in the free final. 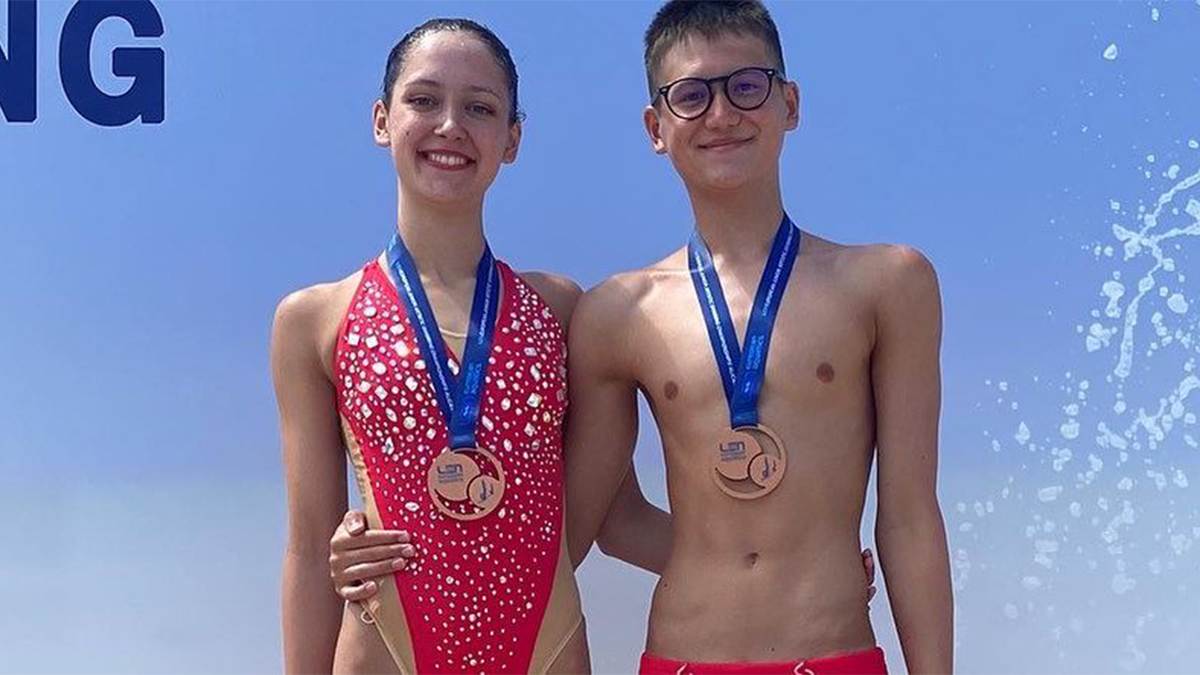 Karen Thorpe, Swim England’s artistic swimming manager said that the squad performed well in Spain and is looking forward to see how they develop at future competitions.

She said: “We are very happy with the results from the Mixed Duet and both the male and female Solos, not just because of the placing but the scores and the overall development we’ve seen from those athletes over the year.

“They’ve improved a lot since last year and we are prepping them for Junior World Championships in August.

“Next year we’re hoping to take the Mixed Duet with us to the senior competitions which is really exciting.”

“We started a new system in September to train our Priority Athletes that swim the solos and duets and it’s really working for us.

“We’re getting them into the centre in Bristol as frequently as possible and we’ve given them some additional opportunities to train oversees as well.

“Investing more into them has really helped and it’s shown by the results we have achieved.

Karen also wanted to praise the work of the coaching staff, including the two new additions to the team.

“We selected two new coaches to work with the team this year.

“We have Katie Clark and Paola Basso leading the coaching programme but we now have Emma Holloway who’s an ex-international junior athlete and Katie Skelton who represented Britain with Clark at London 2012.

“Both those guys have done a great job working with the team throughout the year and it was a good experience for the athletes but also for the coaches too as it was there first time coaching at an international competition.

“We’re happy with how they got on and they absolutely loved it and are raring to go again next year.”