The young pairing of Kate Shortman and Isabelle Thorpe continue to make a name for themselves as they equalled their best score from fourth leg of the FINA Artistic Swimming World Series in Japan.

The GB duet finished seventh with an impressive score of 84.1 in the Duet Free final, but it was the home nation who took gold, with Russian pair Svetlana Kolesnichenko and Svetlana Romashina scoring 97.4667.

“There is a few changes to be made to up the scores for the next competitions in both the duet and team routines.” 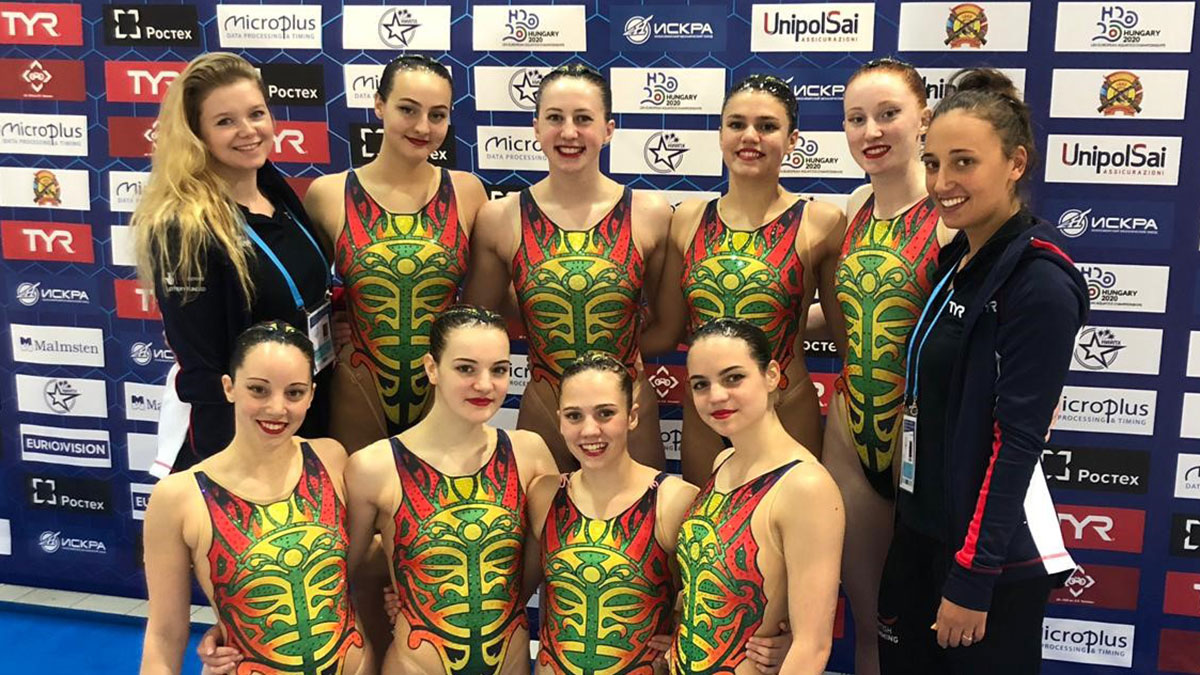 “Very pleased with the progress the team is making, showing improvements each competition and taking note of what we need to do to beat the countries ahead.

“We arrive back tomorrow and have the day to recover then back to training on Tuesday, the team meet again on Saturday, then again the following Saturday ready to start the pre-competition camp before travelling to Spain for the FINA World Series.

“That will be the last of the senior team competitions this season and we will have to turn our attention to the juniors ahead of the junior Europeans in Prague.”

The leg of the FINA Artistic Swimming World Series staged in Barcelona will take place between Friday 31 May and Sunday 2 June, while the European Junior Artistic “Synchronised” Swimming Championships begin on Tuesday 18 June.