Holland, who won duet gold alongside Carolyn Macdonald at the World Masters Championships in August, swam to a stirring track from The Phantom of the Opera.

The Rushmoor swimmer was rewarded for her improvements since competing at regional level last month, scoring 61.4333 points to top the podium.

Holland’s duet team-mate Macdonald was close behind in second, with a total of 58.5333 as the pair continue to celebrate their success together.

Holland said: “I love swimming that solo. I love it because I can tell a story. I want people to feel like they’re at the theatre when they’re watching my solo.

“I was really pleased with my score. I was happy with the swim and the reaction from everyone watching it as well.

“The competitiveness goes to one side and it’s all about the duet.

“I always hope she does well and I’m sure she hopes that I do well. It’s a friendly rivalry.”

Aquavision North London’s Giulia Escher had the highest score of the event across all age groups, winning the 25-29 Years title with an impressive 65.1333 points.

Escher’s performance was also inspired by opera as she swam to a dramatic Maria Callas song.

“I think the best thing that people liked was the music. I love opera, so it was really fun to swim with it,” she said.

“I’m really happy with the score. I didn’t expect it, so I’m very satisfied.”

Holland’s title was the first of three for Rushmoor Synchronised Swimming Club in the Free Solo.

Carla Sanders then pipped her team-mate Rachel Davies to victory in the 40-49 age group, winning by just over half a point.

Meanwhile, Seymour Synchro Swim School got their medal tally off to a strong start.

Christina Maciejewski won the competitive 18-24 age group title, while Elizabeth Winter was the only swimmer to break the 60-point barrier in the 30-39 age group. 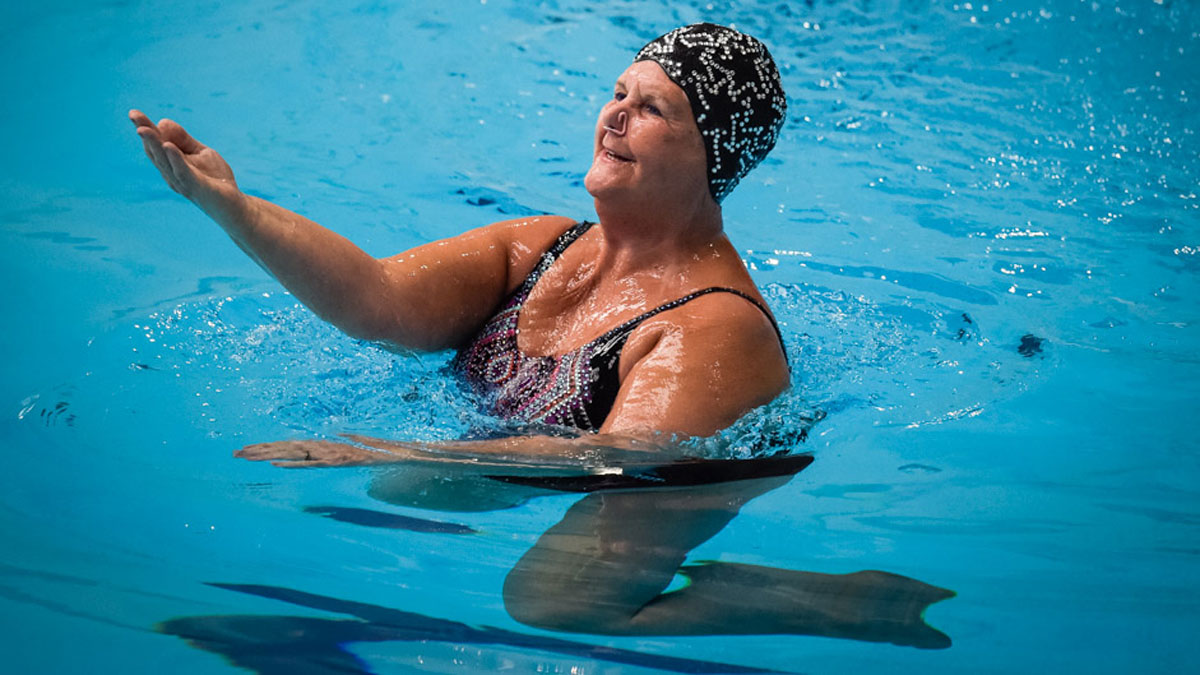 A free-spirited Jeanne Ansley swam to gold in the 70-79 age group.

At the age of 75, Ansley was the oldest competitor at the Championships, but her passion for the sport was clear to see.