Jenny Gray said she felt humbled after becoming the first person from England to receive an international award for synchronised swimming.

She was presented with the prestigious 2018 Paragon Award for Synchronised Swimming during a special ceremony at the International Swimming Hall of Fame, in Fort Lauderdale, Florida.

Jenny, who was a member of the first GB synchronised swimming team in 1968, said: “It’s a nice honour and was a really, really good experience.

“It was quite humbling to see all those great names and being associated in some way with them. The Hall of Fame is really incredible and it was wonderful to see the history of where we have come from as a sport.

“A friend asked me for my CV and didn’t tell me what it was for so it really was unexpected. It was a very pleasant surprise to get it and it’s also a great honour for British synchronised swimming. 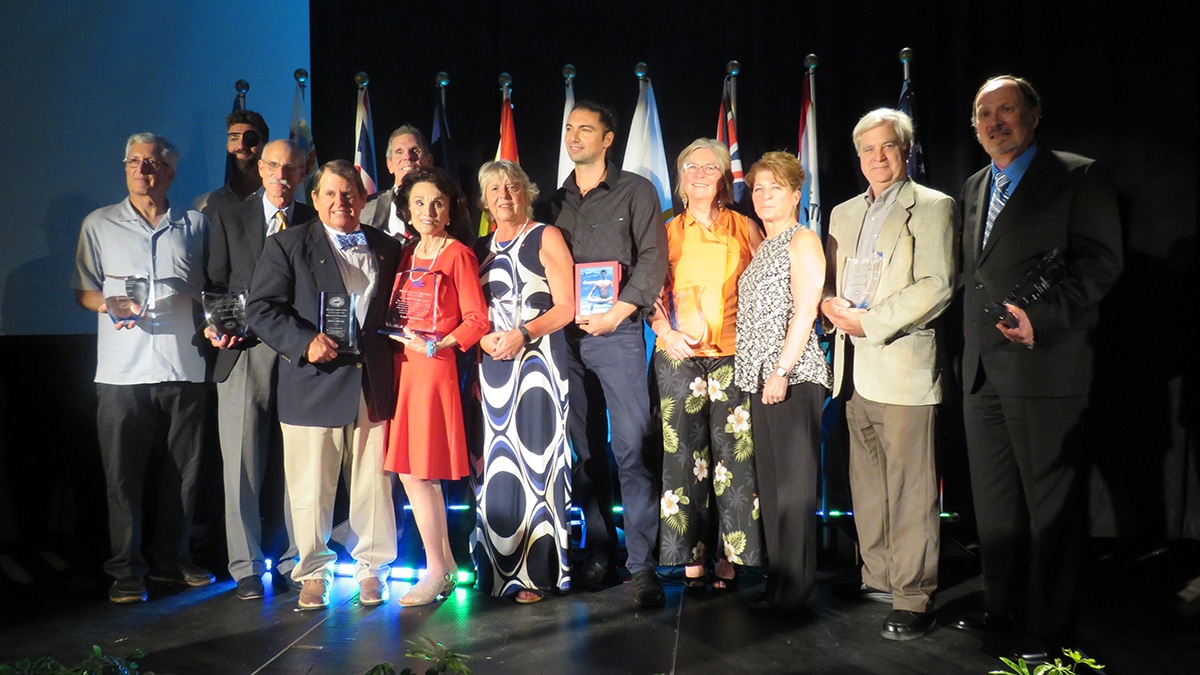 “I was presented with my award and gave a speech. It was nice to be able to thank people who I have been associated with my time in aquatics.

“Nellie Wood who recognised I had some potential to dive, George and Doris Rackham for developing my synchro skills, every swimmer, coach, official, volunteer and parent who I have worked with around the world and especially my husband, who allows me to keep going!”

Jenny has been involved with the sport for more than 50 years and has been an athlete, coach, official, administrator, professor and author.

She was awarded the MBE in 2016 for her extraordinary contributions to synchronised swimming.

At the same event, double Olympic champion Rebecca Adlington was named as a member of the International Swimming Hall of Fame Induction Class 2018.

She tweeted: “Such a huge honour to be inducted into the International Swimming Hall of Fame. So grateful and humbled to be part of this extraordinary community.”