Kate Shortman hailed an amazing year after winning the Artistic Swimming Athlete of the Year trophy at the British Swimming Awards.

And she also claimed a silver medal as part of the Combo Team at the FINA World Series in Paris.

Add to that her continuing success with Isabelle Thorpe as part of the British duet bidding to qualify for the Tokyo 2020 Olympic Games and it’s easy to see why Shortman, who was presented with the award by Swim England chief executive Jane Nickerson, described the last 12 months as ‘amazing’.

She said: “It’s really exciting for synchro – especially for the Olympics next year and even beyond that, 2024 and 2028. We’re definitely a younger squad but we’re just working, working, working.

“We have had an amazing year in synchro this year across all the events – solo, duet and team.

“My mum did synchro swimming and my older sister and I saw them doing and thought I really want to be part of that.

“Everyone is so close – it’s literally a family. It’s a small sport but I think that just brings us closer together.

“When you see someone swimming a solo you think that’s amazing and it is because there is a whole team of people working behind you.”

Shortman beat her duet partner Isabelle Thorpe and the Combo Team, captained by Daniella Lloyd, to the prize.

“They all deserved to be a winner,” she said. “And it was really hard to choose a winner between them.

“But Kate won two bronze medals and that needs to be recognised because it’s really important to us that we have some medals under our hat.”

Basso is Coach of the Year 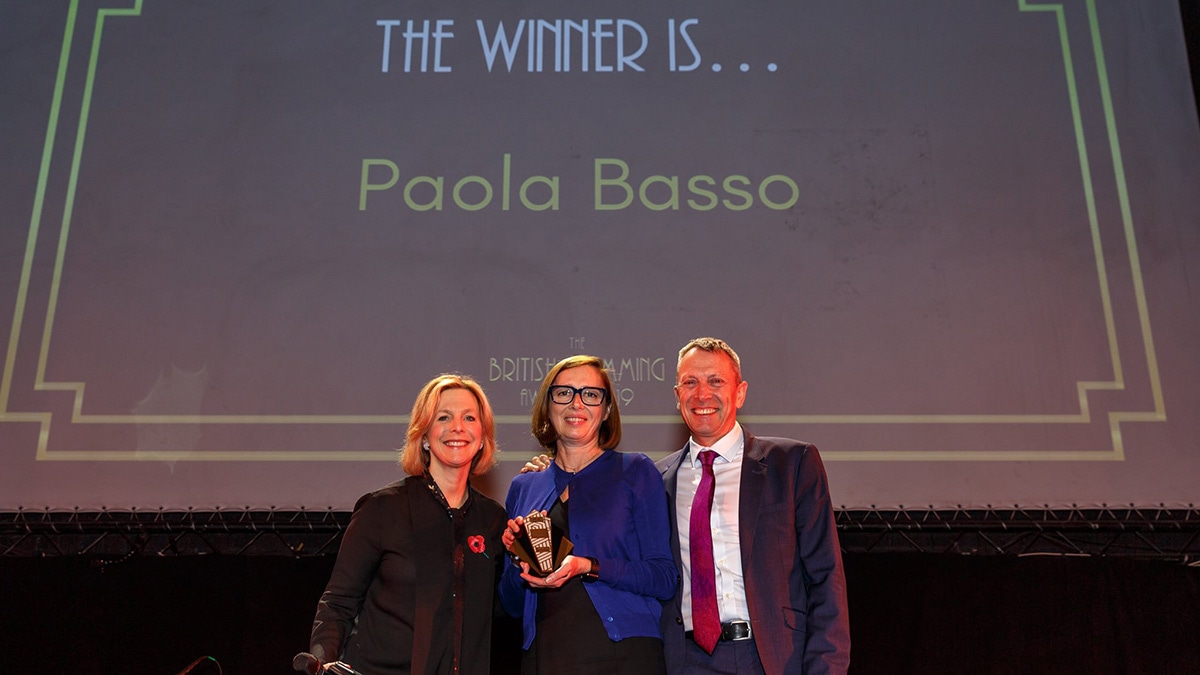 She was chosen ahead off Swim England National Team Coach and Project Officer Katie Clark and City of Leeds’ Rosie Barrington.

Basso said: ““It means really a lot, because it somehow pays off the hard work we do – it’s a big thing for me.

“It’s really a pleasure to coach them (Kate and Izzy) because they are hard workers – they are so determined and I feel we share, the three of us, this passion to get to the Olympic Games.

“We want to make it. We really want to go to Tokyo 2020 and we are doing whatever we can to make it.”