Excited artistic swimming duet Kate Shortman and Isabelle Thorpe are set to achieve a ‘lifelong dream’ after being officially confirmed as part of Team GB heading to the Olympic Games.

They have been ‘overwhelmed’ by the support they have received since they booked their ticket to the rearranged Tokyo 2020 Olympic Games following an impressive qualifying performance in Barcelona.

They finished seventh in the free duet final with a score of 85.7332 – which was just outside their personal best of 85.8000 set at the European Aquatics Championships in May.

Shortman, 19, and Thorpe, 20, will now compete in the Olympics’ free duet preliminary round on Monday 2 August, with the technical routine the following day and the free final on Wednesday 4 August.

On her selection, Shortman said: “I can’t express in words how much we’ve had to put into this journey – but to finally be achieving our lifelong dream is a euphoric feeling.

“I’m so excited to represent Great Britain at my first Olympic Games and to show the world how hard we’ve been working all these years.”

Thorpe added: “I’m so excited to be going to my first Olympic Games!

“I just can’t believe we have finally qualified after all the postponements. It’s definitely going to make it even more special.”

After their selection was officially confirmed by the British Olympic Association, Swim England artistic swimming manager Karen Thorpe said the duet would now be working hard to ensure they were at the top of their game before heading to Japan.

Top of their game 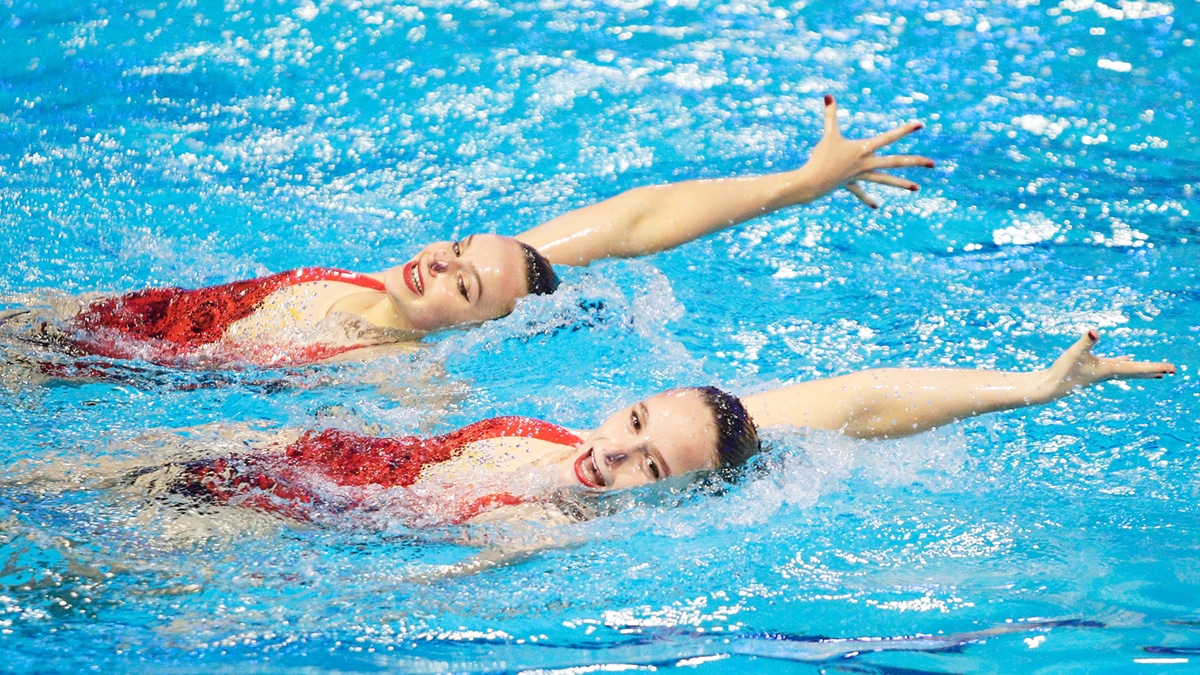 She said: “We are all very excited about the duet being officially selected to represent Team GB at the Olympic Games.

“They will be working hard over the next couple of weeks to make sure that they are at the top of their game before they compete.

“They are overwhelmed by the amount of support shown by the community, their friends and families and we encourage everyone to stay tuned for the progress they make over the next couple of weeks.”

Mark England, Team GB’s Chef de Mission for Tokyo 2020, said: “I am delighted to welcome Kate and Izzy onto Team GB for the Tokyo Olympic Games and would like to congratulate them both on their selection.

“We’ve seen from recent events that Kate and Izzy have a huge amount of talent and their place on this team is fully deserved.

“Tokyo will be a very special and exciting Games and there is no doubt that they will both relish the opportunity of making their Olympic debuts in Japan this summer.”

Jack Buckner, British Swimming CEO, added: “This is such an exciting moment for Kate and Izzy, and we are so proud of everything they have done to get here and earn this Olympic selection.

“Their performances across the recent European Championships and Olympic qualifying event show how they have moved things on since the 2019 World Championships, even at a time of such uncertainty and disruption.

“A place at the Olympic Games is just reward for all that progress, which is down to the hard work of the athletes, as well as coach Paola Basso and all the support staff.”