Kate Shortman and Isabelle Thorpe rounded off a highly-successful European Championships with yet another personal best in Hungary.

The duo raised the bar again as they scored 85.8000 to take seventh spot in the artistic swimming duet free final.

That saw them better their previous PB of 85.0667, which earned them eighth spot in the preliminary round.

Shortman and Thorpe have set new personal bests in both the free and technical competitions at the championships, which are being staged at the Duna Arena, Budapest.

It stands them in good stead ahead of the Artistic Swimming Olympic Qualification event, which is due to take place in Barcelona between 10 and 13 June.

Karen Thorpe, Swim England artistic swimming manager, said: “The competition for the duets is really hotting up with the Olympic qualification just around the corner.

“Iz and Kate swam near the start of the competition and set the level pretty high. Their routine had near perfect synchronisation and showed maturity and speed of movement.

“They are great athletes showing determination and power right to the end of the routine.

“They will have a few days recovery before heading back to the pool and catching up with the choreography coach to make some changes ahead of the Olympic qualification.”

The gold medal was won by the Russian duo Svetlana Kolesnichenko and Svetlana Romashin who scored 97.900 – which included a 10 from one of the judges.

Ukraine’s Marta Fiedina and Anastasiya Savchuk took the silver medal with a score of 94.3333 while Austria’s Anna Maria Alexandri and Eirini Alexandri were third on 90.8667. 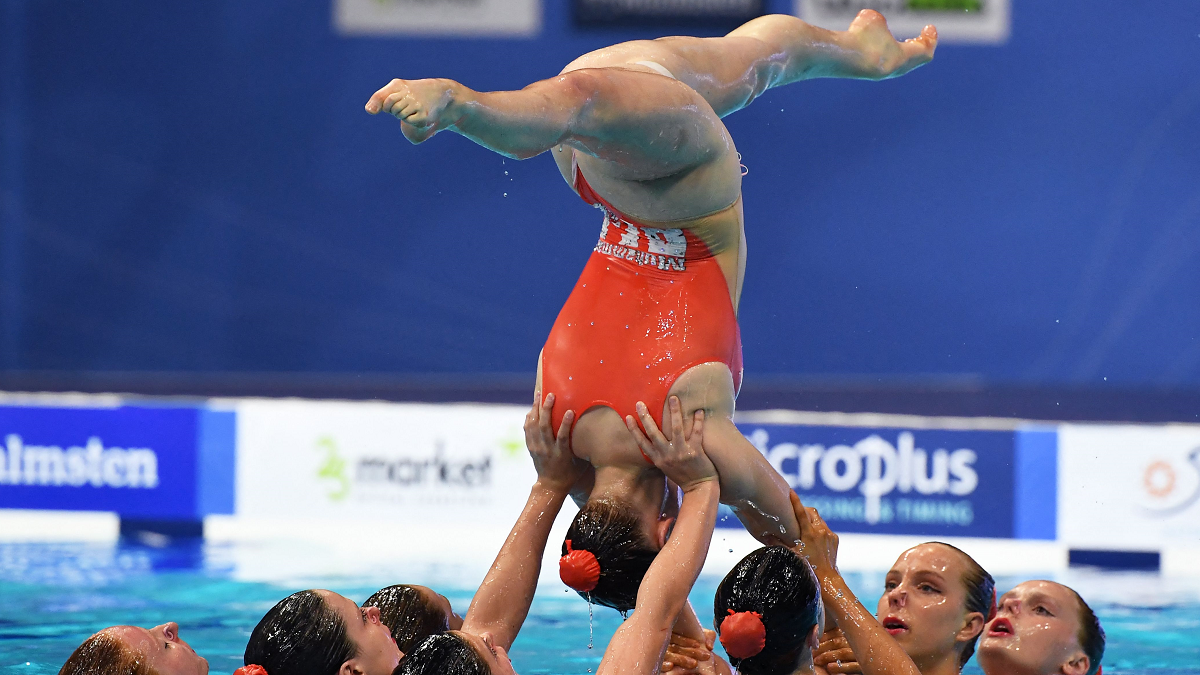 It was a knockout performance from Great Britain’s artistic swimming team in the team free final as they showed off their Muhammad Ali themed routine.

Their overall score was an improvement of 2.9 on their last European Championships team free final, having achieved 78.9333 for their routine at Glasgow in 2018 which placed them ninth overall.