National standard of synchronised swimming ’strongest it’s ever been’

Olympian Katie Clark believes the standard of synchronised swimming in Great Britain is the strongest it has ever been.

Katie, who competed in the team event at the London 2012 Olympic Games and as part of the duet alongside Olivia Federici at Rio 2016, has recently joined Swim England as a Synchronised Swimming Talent Project Officer.

She will be helping the Talent team, facilitating the development of Synchro City in the South West, leading the senior and junior training squads and working alongside synchronised swimming clubs across the country to further improve the sport.

Katie said: “I’m looking forward to working with like-minded people who love the sport and to help our athletes to achieve their potential.

“The athletes we currently have in the British junior and senior teams are the definition of elite athletes – always working hard, wanting to achieve more and taking ownership of their training.

“In my opinion, due to the hard work of the synchro community over the years, the national standard of synchronised swimming is the strongest it’s ever been.

“We have two new routines this year which are extremely challenging and are a huge step up to last year, so we are working hard to ensure we’ll be performing at our best this year on the international stage.”

“Seeing how far Kate and Izzy have progressed in the last three years and watching them train as the top athletes in the country is hugely inspirational for the younger athletes,” said Katie.

“The Swim England Talent Synchro Programme as a whole has a very inclusive and encouraging ethos, which enables the younger athletes to learn and develop at a quicker rate.

Enthusiastic and valued member of the team 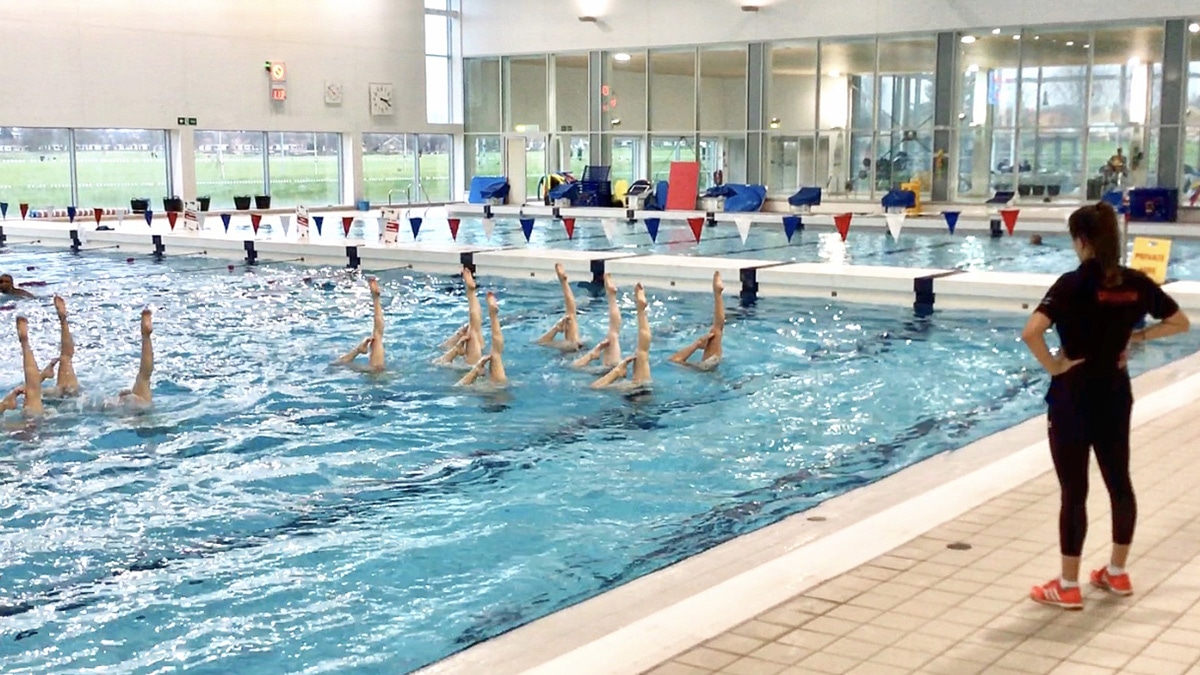 “The youth team are often in the same pool as the British senior team and duet, which I believe helps to facilitate this positive environment.”

With Shortman and Thorpe both bidding to represent Britain at this year’s Tokyo Olympic Games, Katie is hopeful more youngsters will want to take up the sport.

She began her synchronised swimming career after her swimming teacher suggested the sport as she also took part in ballet.

“I love the sport because it’s highly challenging and pushes the human body and mind to the limit,” said Katie.

“In synchro you are always working together with others, learning team skills and how to work with others for the future.

“I would say my favourite aspect is that you get to be creative and can hear the music underwater – young synchro swimmers starting out really love it!”

She added: “We’re delighted to have Katie working with us.

“Her wealth of experience as an athlete competing at both the 2012 and 2016 Olympic Games, working in a club environment as well as a centralised programme, will bring us a fountain of knowledge.

“Katie is an enthusiastic and valued member of the team and I’m sure she will bring valuable insight to her role.”