London Synchro’s duet took the gold medal to round off day one of competition at the Swim England Artistic Swimming National Age Group Championships in Gloucester.

Aurora Pellizzon and Kaila Saltman, with Victoria Sharashkina in reserve, teamed up to take the national title in the 12 and under duet competition.

City of Birmingham’s Imogen Sutton and Sarwin Sawan were the pairing closest to London’s duet, their score of 109.7570 clinched the silver medal.

Kitty Tyers and Lola Huett of Rugby were secured the bronze medal with an overall score of 109.3902. 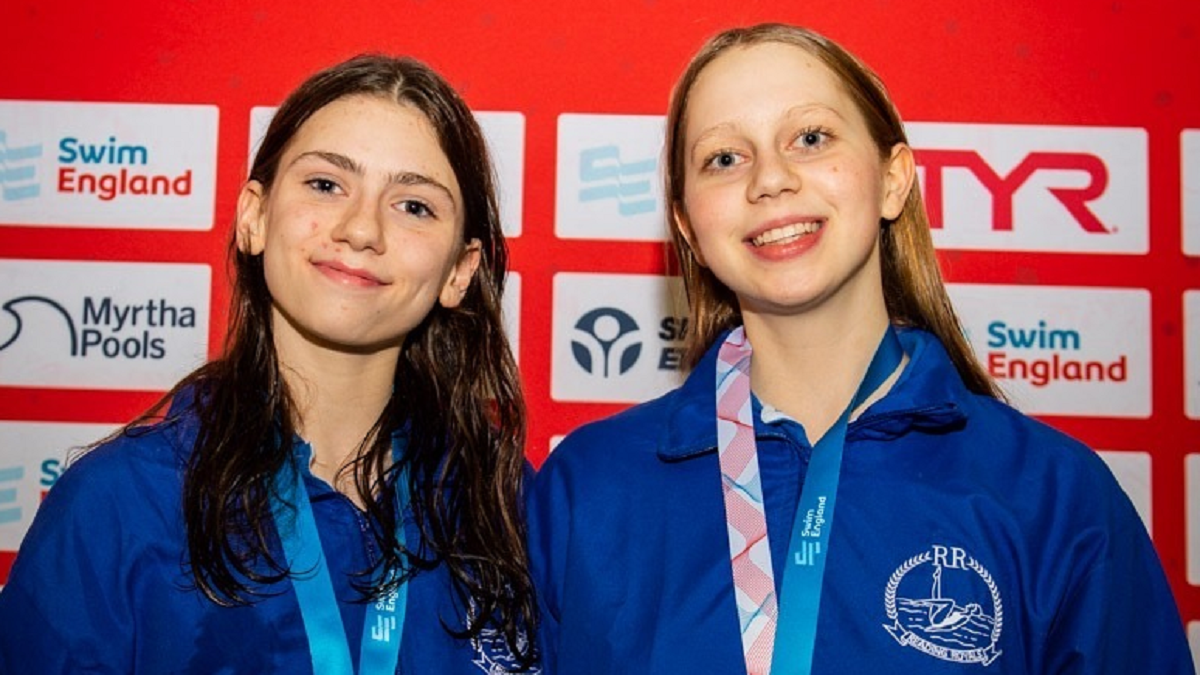 Reading Royals duo Lily Halasi and Florence Blinkhorn continued on from their success in the figures competition as they added duet gold to their tally.

Earlier in the competition, Halasi earned the gold medal in the 13-15 figures with Blinkhorn taking the silver – with their performance coach Kelly-Anne Russell saying they have ‘really good drive and competitive spirit’.

In second place was City of Birmingham’s Louise Macdonagh and Magdalena Townsend with an overall score of 128.6058.

Taking bronze was another Reading Royals pairing in Francesca Pringle and Eva Narewska.