When I was a kid, I was a speed swimmer. At the same time, my younger sister was a synchronised swimming athlete.

Following her at competitions, I got introduced to the synchro world.

I enjoyed watching her competing but I never thought of becoming more involved than that.

It was during the time I was studying philosophy at university when that changed.

I used to work as a speed swimming teacher and my sister’s coach noticed me. She was impressed by my attitude while teaching and asked me to join her and become a synchronised swimming coach.

After the initial shock, I decided to give it a try. Rather quickly, I fell in love with it and coaching synchronised swimming became my job and my passion.

I realised after a few years of coaching that not being a synchro athlete was not a weakness but, instead, was one of my main strengths as a coach.

I did not take anything for granted. I have built my knowledge, studying and learning from all levels of coaching.

This process has enabled me to coach with awareness and helped me avoid just repeating what I was taught as an athlete.

In September 2014, I received a call from Lolli Montico, the then Great Britain coach, together with Biz Price. 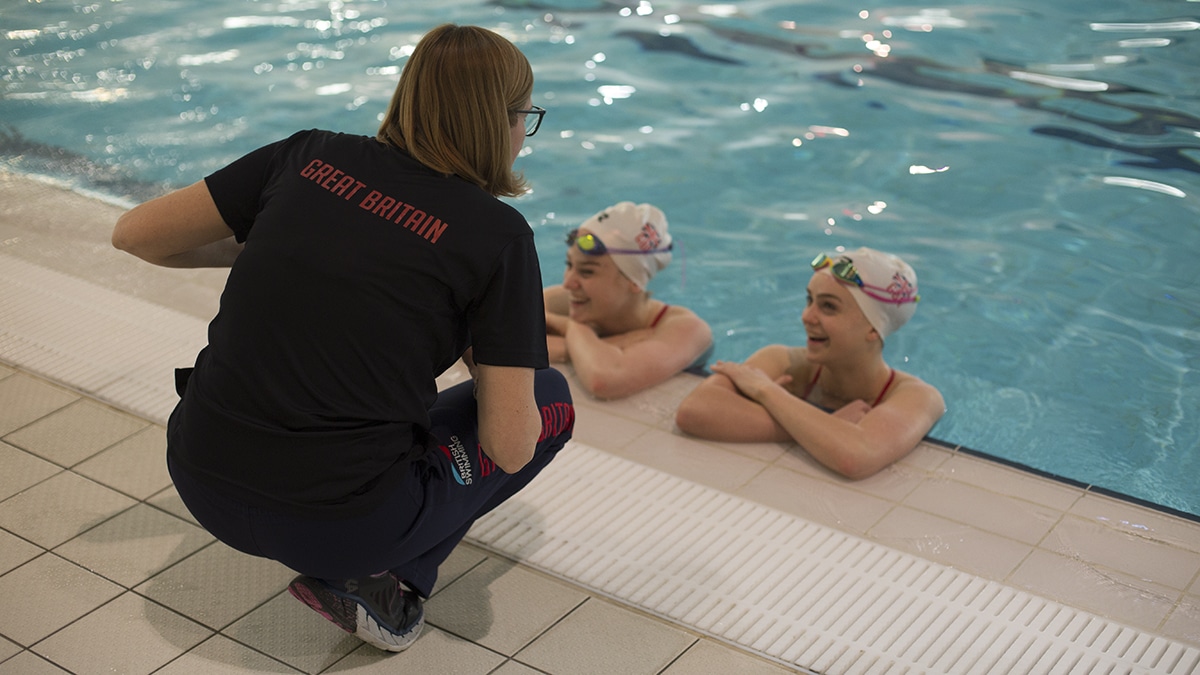 She explained to me the national team was in a transition phase and they were looking for a new coach. The timing of her call was perfect.

During the months before, I had been thinking of finding a new challenge for myself. I was questioning if I wanted to be a coach anymore.

Her call was the answer – the chance to try my expertise in a different country, with a different culture and a different synchronised swimming mindset.

Since last season, I have been in charge of the duet of Kate Shortman and Isabelle Thorpe.

The beginning was not easy. The girls didn’t train enough together and then one had an injury that stopped her from training properly for about five months.

This season, the athletes attend the same school which makes it easier to train together, almost every day.

Having a consistent weekly training schedule is the first requirement for making improvements. This new situation allows me to put in place a proper training programme, covering the fundamental aspects that building an athlete requires, from physical preparation to routines consolidation.

And it’s worked well. In fact, since the first international competition at beginning of March, we have been able to show a massive improvement from where we finished the last season.

Besides the hours I work with the duet in the pool and gym, most of my time is spent planning each session in detail.

At the beginning of the training session, I explain to the girls what the workout will look like, sharing with them what the goals are and how to achieve them, in terms of drills and especially in terms of the attitude required.

The attitude aspect is crucial to improvement. Achievements will be obtained only if each part of the session will be practised with the right attitude. 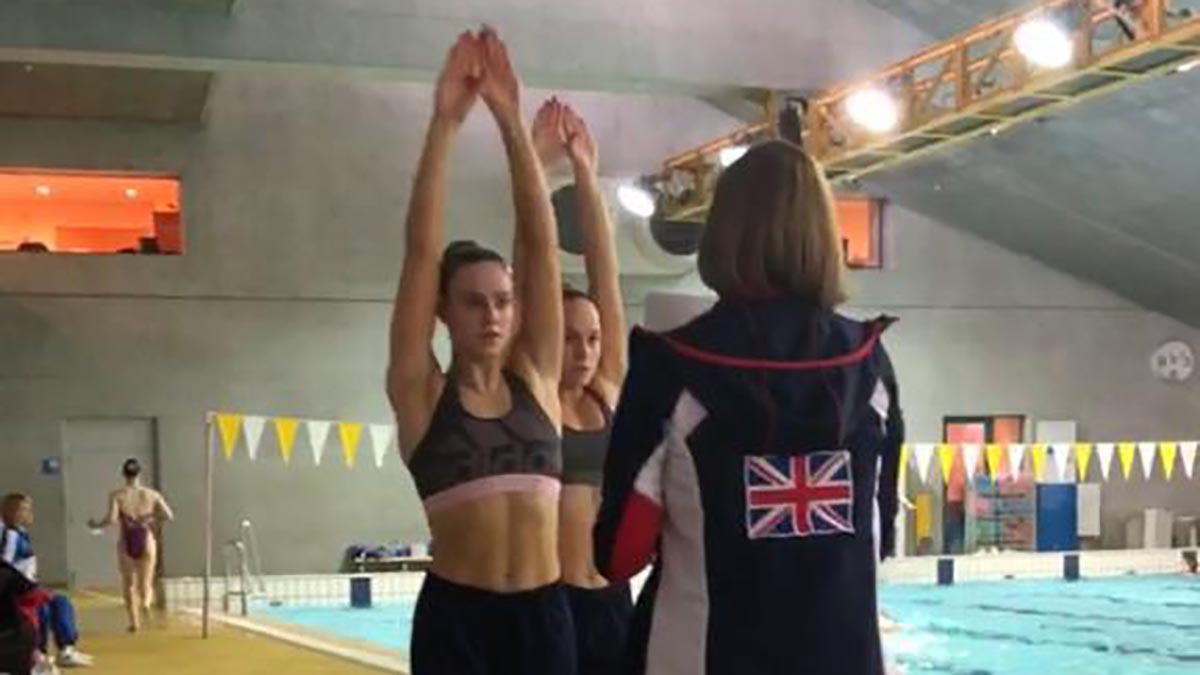 This means for the athletes to learn to quickly switch from maximum physical effort to full body awareness, to keep the brain focused on the same little detail (like a limb angle or the direction of a finger) for literally tens of repetitions in a row.

When planning, I convert what is my vision for the duet into the necessary daily actions to get there, breaking down the process into short, medium and long-term achievements on each aspect of the preparation.

I find very true the Japanese proverb that says: “Vision without action is a dream. Action without vision is a nightmare.”

When I go home after work, I am satisfied only if the session has been productive. This happens when technical improvements have been made, higher levels of awareness and confidence have been obtained, the athletes go home tired but stronger and keen to start again the next day.

The most satisfying aspect of being a coach for me is to help my athletes to achieve their full potential – there’s nothing else that matters really.

Competition results are, of course, important too but they are not completely under my control. If someone else is stronger, she deserves to win.

But if my athletes are the best they can be, performing their best at competition, I will be a satisfied coach, proud of the work the athletes and I have achieved together.

Being a synchronised swimming coach is absolutely fascinating.

I recommend it to anyone who has a inclination for teaching, who likes learning and loves challenges.

My main advice is to keep learning, to enjoy the challenge of becoming a better coach every day, being so good to help whoever you coach to fulfil their potential, so good to be able to adapt to the athletes’ needs, understanding each one way of learning and finding the best individual solutions.

I think of coaching as science and art together. Not only do we teach scientific contents, we also create and share emotions – and those emotions are the deepest value of coaching.