Reading Royals and City of Salford dominated the podium positions on the opening day of the Swim England Artistic Swimming National Junior and Senior Championships 2022.

Reading Royals A finished on top in the Free Combination competition and secured four of the six medal places in the Technical Duet competition.

In the Technical Duet competition, Eleanor Blinkhorn and Smith-Fernandez, with Razzell in reserve, won both the senior and junior gold medals.

Their teammates, Brown and Saunders, also teamed up to win junior silver and senior bronze with a score of 66.6441.

The junior bronze medals were awarded to City of Bristol’s Lilly Todd and Laurel Allen (65.4086). 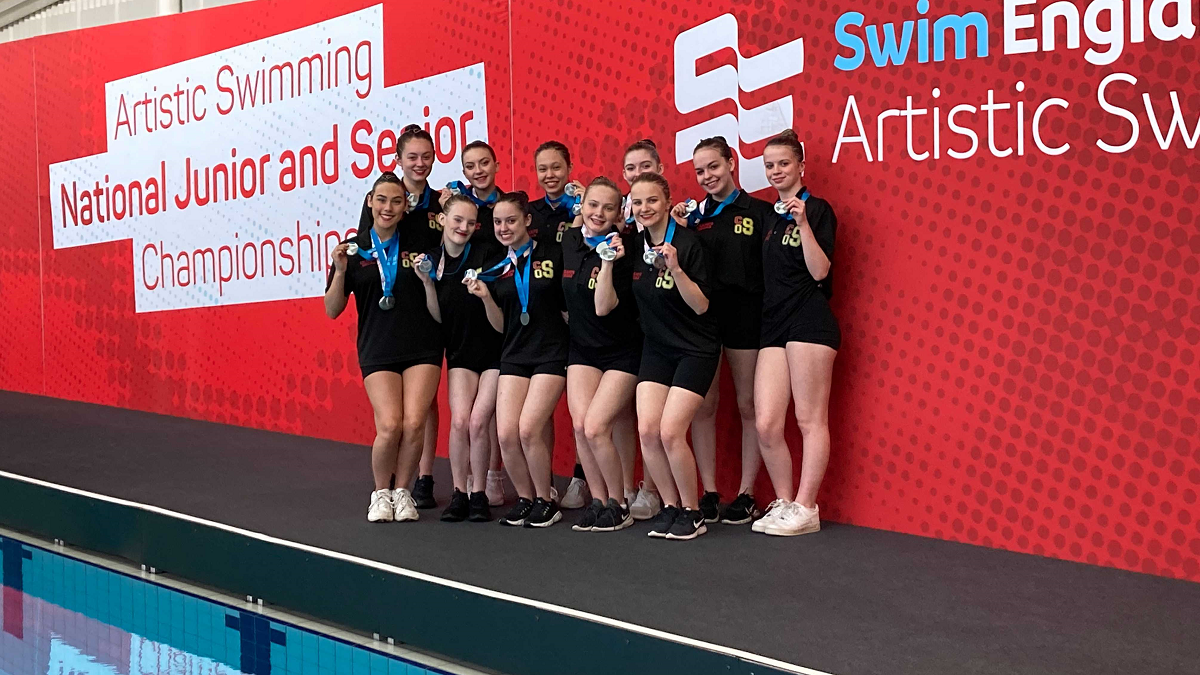 The Salford-based club also took the senior silver medal in the Technical Duet through Libby Taylor and Lawrence.

Taking the victory and the gold medal in the Technical Mixed Duet were Rushmoor’s pairing of Ranjuo Tomblin and Maria Smith Fernandez, with Alexandra Tomusyak in reserve. They scored 64.7391.