Swim England Synchronised Swimming Talent Athlete of the Year Robyn Swatman has relished the ‘great opportunity’ of following in the footsteps of Great Britain’s duet Kate Shortman and Isabelle Thorpe.

Robyn was Britain’s top performer, finishing just eight marks outside the top 10 in the solo competition.

She said: “I’ve definitely improved a lot through club and through the squad training.

“I started off at Walsall with my coach and then I definitely started to get better in February, when we had an international coach come in.

“It was definitely a really good experience [travelling to Slovakia]. The atmosphere was amazing. It was really nerve wracking and we’d never been to a competition that big before, so we didn’t know what to expect.

“The fact that we got to experience it was amazing.” 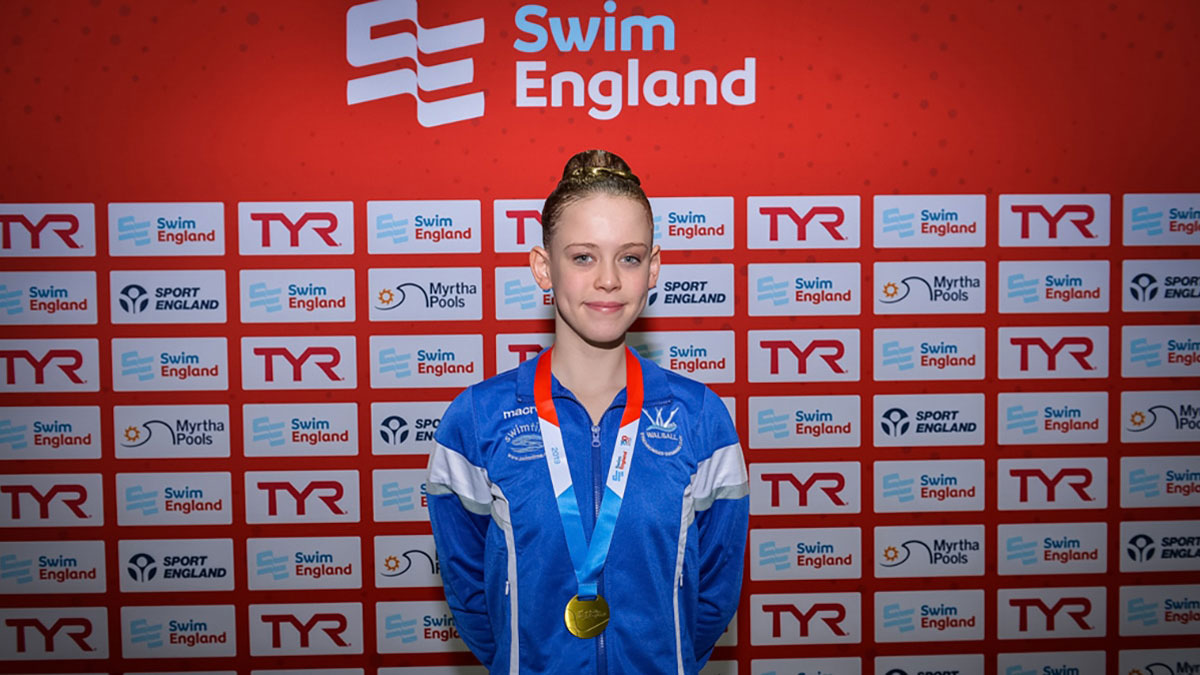 She also enjoyed a superb debut on the world stage alongside her Walsall team-mate Olivia Baker, with the duet setting a new personal best on their way to finishing inside the top 20.

The pair succeeded Shortman and Thorpe, who moved up to senior competition full-time this year as they target a place at the 2020 Olympic Games in Tokyo.

Robyn added: “It was just amazing, because they’re such an inspiration and to be able to say we were the next ones in that age group was an amazing thing to experience. It was a great opportunity.

“I really want to become the soloist for Great Britain, so I’m going to try out for that, but I’d also like to be featured in the team and go abroad with the team.”

Robyn’s success has led to her inclusion in the Swim England artistic swimming squad for 2020, which will see her link up with senior swimmers.