Figures and duet champion Swatman was almost five points ahead of the 13-15 years solo field to claim her third gold medal of the weekend at the Manchester Aquatics Centre.

It also ensured she retained the title she won at the 2018 National Age Group Championships.

The Walsall swimmer, and member of the Swim England Synchronised Swimming Talent Programme age group squad, scored 69.2000 in her routine to add to her figures total of 66.9772 to finish with a combined score of 136.1772.

She put her success down to working harder in the pool after finishing second in the figures competition in 2018.

Swatman said: “Since coming second last year, I haven’t really changed any of my training.

“I have just trained more often and with some different coaches.”

Walsall’s Olivia Baker, who won the duet title with Swatman, was in third place. 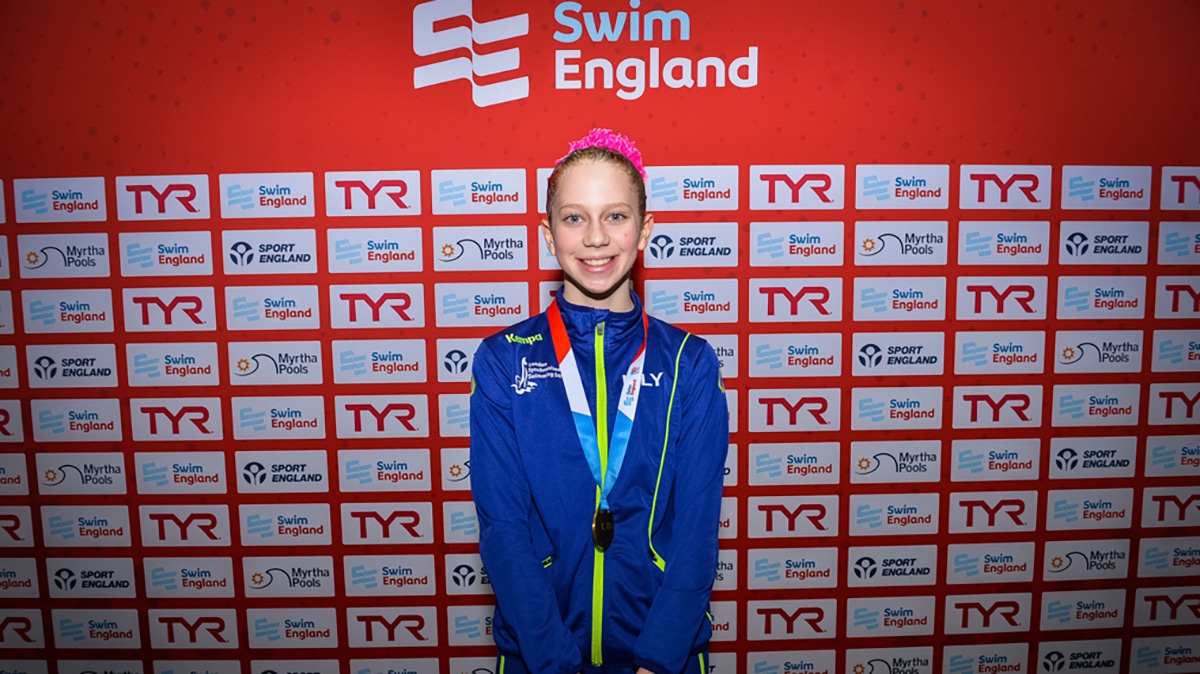 Lily Halasi sealed her second national title of the weekend with victory in the 12 years and under solo.

After triumphing in the figures contest, the London Regional Synchronised SC swimmer topped the podium for the second time with an impressive solo performance.

Halasi, who is a member of the Swim England Synchronised Swimming Talent programme development squad,was the only competitor in the 12 years and under category to score more than 60 points for her solo routine.