On the first day of the ASA National Synchronised Swimming Championships 2016, Rushmoor Synchro improved on their 2015 performance to take gold in the Free Combination event.

England Programmes Training Squad athletes were also in action today and they showcased the hard work they have been doing in training across solo, duet and team events.

The positions reversed this year with 2015 champions City of Bristol SC taking silver while last year’s runners-up Rushmoor Synchro SC stepping on to the top of the podium after scoring 73.5000

Rushmoor’s routine, performed to the music of Queen, was packed full of tricky lifts which gave their routine a high degree of difficulty. The team were full of energy over the full 4m30 routine, with lots of changes in pace and movement across the whole length of the pool.

They showed good synchronisation throughout the whole routine, moving across the pool as one fluid unit despite constant changes in music tempo.

The 11 swimmers showcased impressive synchronisation throughout their thrilling routine, scoring 79.4000 as the only entry in the Team Combination Open category.

Madison Griffith from City of Birmingham SC performed an emotional routine to Adele’s ‘When We Were Young’ to take gold in the Championships event with a final score of 57.6904.

In her first outing as a soloist at the National Synchro Champs, Federici performed a mesmerising routine to Bob Dylan’s ‘House of the Risin’ Sun’. The London 2012 Olympian showed excellent height and polished lines throughout her dramatic packed routine, scoring a total of 76.0683.

The pair, who secured Team GB’s Olympic quota place last month, highlighted their impressive skills throughout the routine – choreographed only three weeks before the Olympic qualifying event – to take gold with a score of 78.8542. 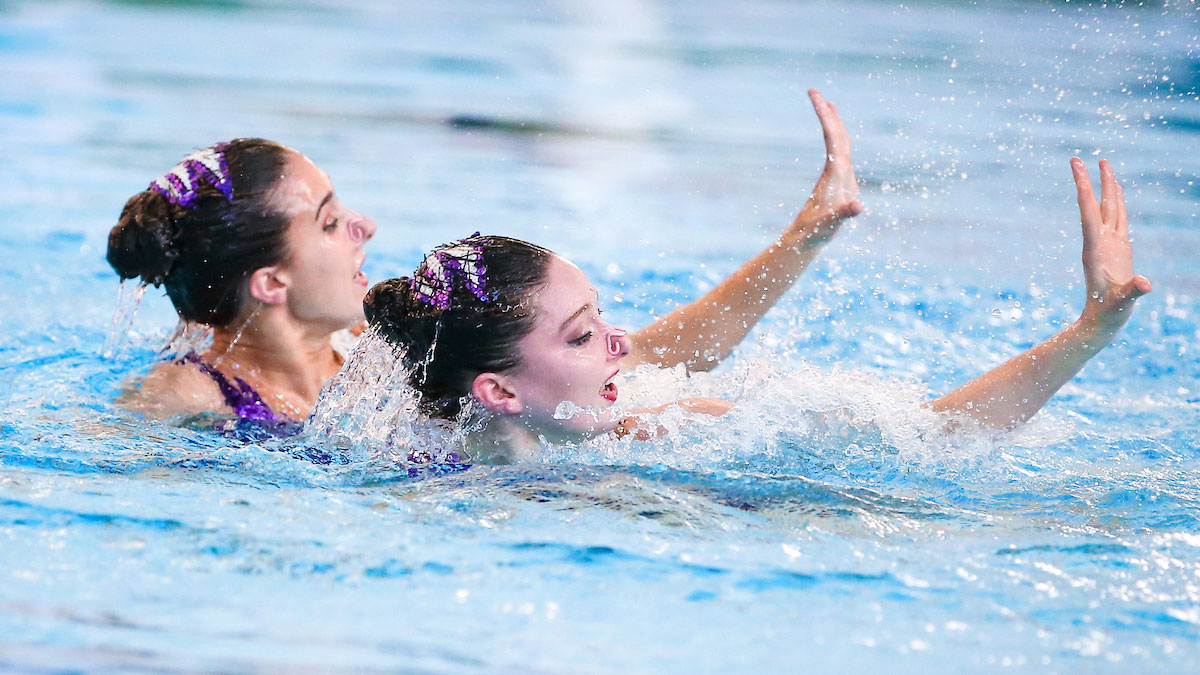 Hannah Randall and Emma Critchley were the second pair to represent Great Britain in the open duet event. They performed a dramatic routine, demonstrating intricate and precise movement to win silver with a score of 72.9640.

Earlier in the day, junior athletes (15-18yrs) showcased their skills across individual elements in the FINA Junior Figures competition.

Kate Shortman finished first with a score of 73.2571 while her Duet partner and City of Bristol teammate finished third, scoring 69.3607.