Kate Shortman earned a top 10 finish in the first round of the FINA Artistic Swimming World Series 2018 in France.

The 16-year-old City of Bristol swimmer, who lifted the Helen Elkington Trophy after winning Solo Free gold at the National Synchronised Swimming Championships in 2017, finished ninth out of 21 competitors in the Women Solo Technical event.

Her total of 80.0406 was more than 12 points behind Russia’s Varvara Subbotina who took the gold medal after scoring 92.4445 points.

In the Solo Free, Shortman finished 11th after scoring 83.4000. Russia’s Svetlana Kolesnichenko headed the field of 29 entrants with a score of 95.5000.

“I am very pleased with how I swam in my solo and with my score,” said Shortman.

“The standard of competition was so high and it’s only the start of the season so there’s a lot more to come.” 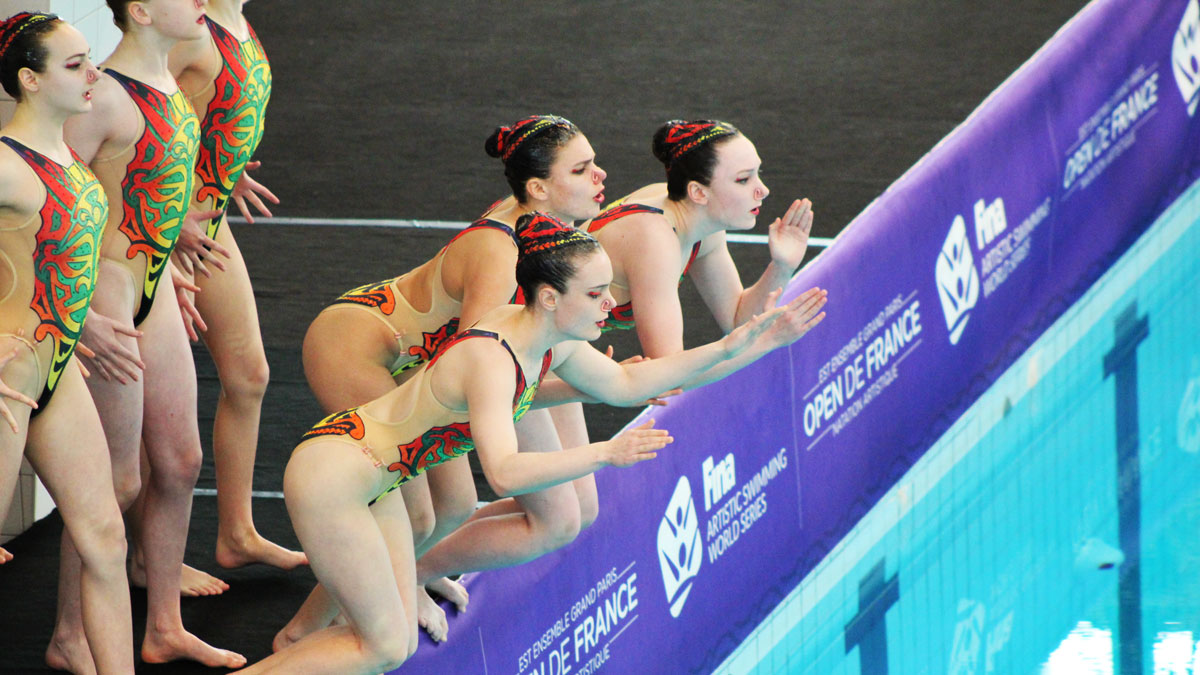 The team of Shortman, Millicent Costello, Victoria Usher, Harriette Smith, Abigail Taylor, Greta Hampson, Daniella Lloyd and Daisy Rushton, scored 77.3667 and were more than 14 points behind the Ukraine, who took gold after totalling 91.667.

Shortman and British team captain Isabelle Thorpe withdrew from the Duet competition as a precaution, with Thorpe recovering from a rib injury.

“I was disappointed not to be competing in the duet and team events due to a suspected stress fracture,” said Thorpe.

“I am recovering well and am keen to get back in the pool to join the rest of the team.

“They swam really well and I was really proud of them; especially Daisy for taking my place and doing a great job as she was also the youngest in the field of competitors.”

Chance to balance and evaluate

“The competition in France is early in the season for all the countries so not everyone competed in all the events,” said British team manager Karen Thorpe.

“The competition gave us a great opportunity to see our competitors routines and to balance and evaluate our own performance.

“We have some work to do on the team, speeding it up and creating better highlights.

“We were pleased with the solo performance, Kate’s first ever tech solo scored well and her new free routine started off where her last year’s polished solo finished. This stands us in good stead for the year ahead.

“It is also important to note that we were the youngest team competing in France and our athletes are determined to work hard and move all our scores up to the 80 mark.”