Kate Shortman ended the fourth leg of the FINA Artistic Swimming World Series on a high with a mesmerising solo performance in Japan.

Swimming in the free solo competition, Shortman improved her best ever score by 0.3 points at Tokyo’s Tatsumi International Swimming Centre.

Her routine to I Put A Spell On You, by Annie Lennox, earned her seventh place in the competition and praise from Karen Thorpe, the manager of artistic swimming for Swim England and British Swimming.

She said: “We were all absolutely delighted with Kate’s performance – she managed to stay in control of everything and execute to near perfection.

“The judges were particularly impressed with her ability to spin so fast.”

Shortman’s score of 85.1000 bettered the 84.8000 she achieved in the first leg of the FINA Artistic Swimming World Series held in Paris, France.

Duet give crowd display from the heart 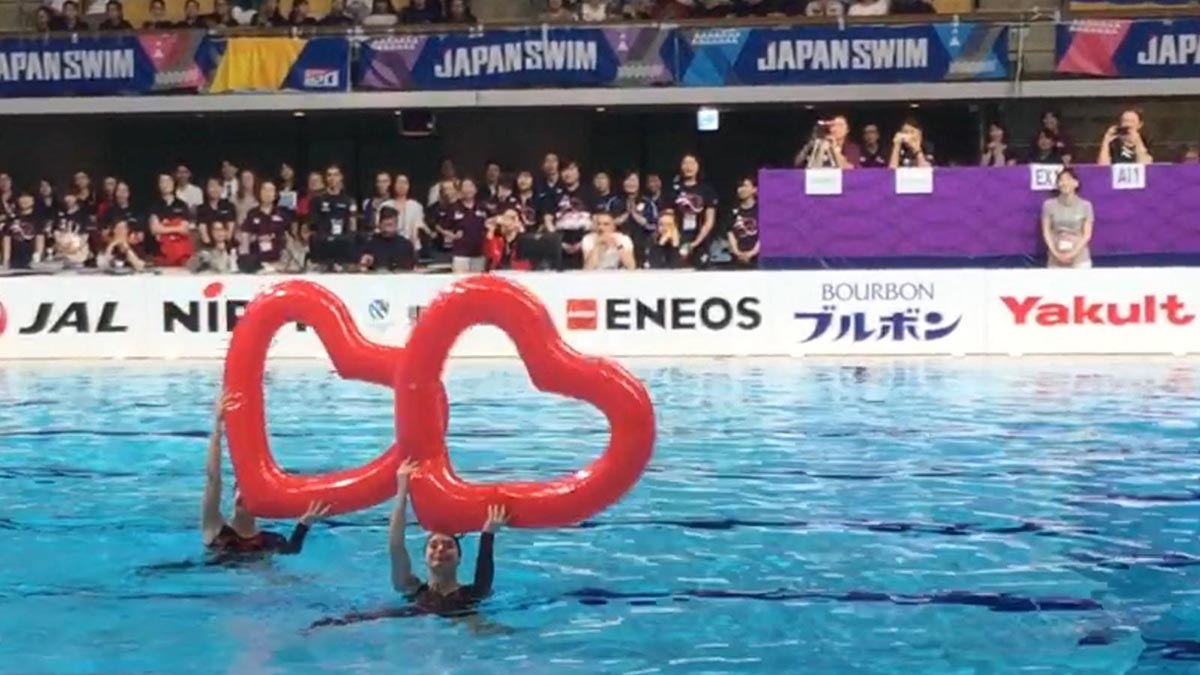 At the end of the competition, Shortman was joined by her duet partner Isabelle Thorpe as they took part in the gala display performance.

Every World Series competition finishes with the gala display and Shortman and Thorpe impressed the crowd as they swam to Queen’s Somebody To Love with two inflatable hearts.

The duet will now be joined by the rest of the Great Britain team athletes for an intense training camp before they head out to Russia for the LEN European Cup.

Taking place in St Petersburg between 10-12 May, the competition is the first opportunity for teams to qualify for next year’s Olympic Games in Tokyo.