Shortman and Thorpe staying positive despite wondering what might have been

British duet Kate Shortman and Isabelle Thorpe have taken part in the first-ever artistic swimming worldwide workout – but were ultimately thinking of what might have been.

While the duo were among 32 of the best artistic swimmers from around the globe taking part in the FINA-organised event, which was broadcast live on YouTube, they should have been in Tokyo, Japan.

Last weekend would have been the artistic swimming qualifying event for the Olympic Games before the coronavirus outbreak forced its cancellation and, ultimately, the postponement of the XXXII Olympiad.

Shortman and Thorpe are fully behind the decision to delay the Tokyo Games until July 2021 as the world aims to curb the spread of coronavirus.

But it’s hard for them not to imagine wondering ‘what if’ as they bid to reach their first Olympics.

Instead, they are staying positive and aim to use the delay to ensure they’re even better prepared than they would have been.

Thorpe said: “It is strange to think that if things had been normal we would know now if we had qualified for the Olympic Games.

“We are obviously disappointed about the Olympic Games being moved but completely understand.

“Knowing that we have a full year to wait feels daunting but exciting.”

Shortman added: “It was the right decision to make but we’ll look to come back even stronger in 2021. 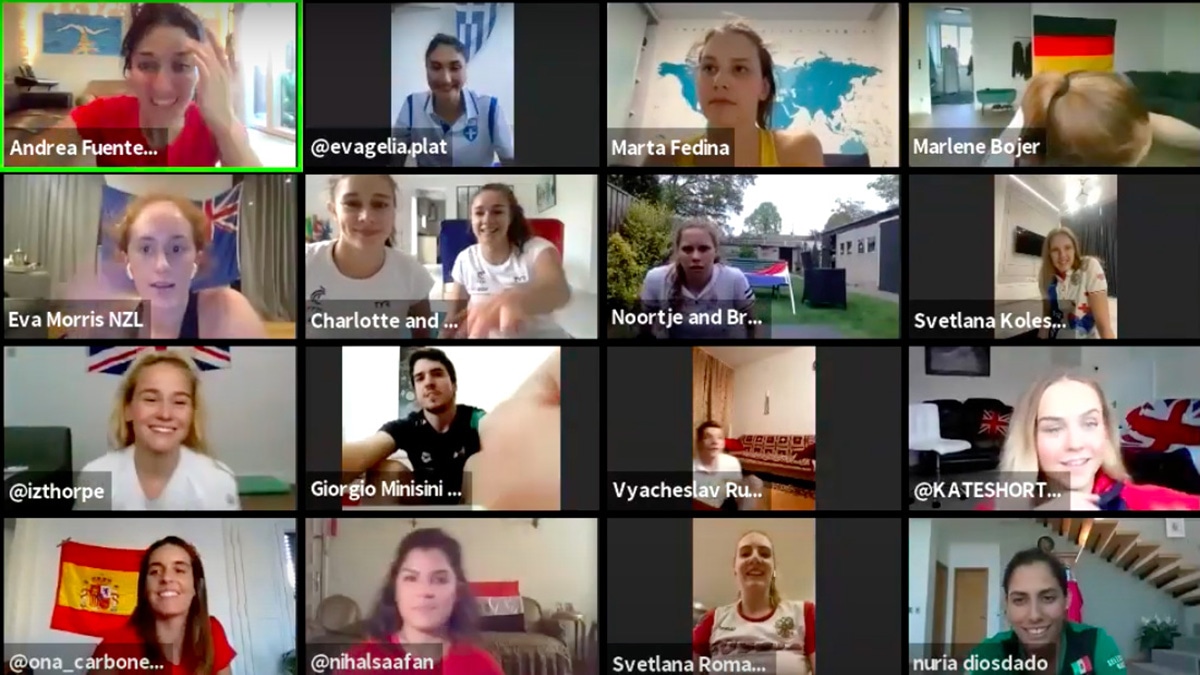 “As we don’t know when we will be allowed to train in the pool again it is mentally challenging and feeling like it still may be some time is tough.

“We are obviously working hard each day on land and keeping ourselves in a positive mindset.”

The fact they were chosen as two of the elite swimmers from 30 countries taking part in the worldwide workout shows how far they have come on the international stage – and how respected they are as a duet.

The event was held under the leadership of four-time Olympic medallist Andrea Fuentes – who is the current USA head coach – and each swimmer led an exercise.

More than 300 senior national team athletes were connected on the video conference call which was watched by almost 7,000 people globally.

Karen Thorpe, Swim England artistic swimming manager, said: “The workouts on social media and particularly the joint country workouts have been a welcome break after six weeks of lockdown.

“This week, we have joined in with Russian conditioning, USA dance, flexibility and core.

“The event at the weekend was the first ever worldwide call and it was fantastic seeing thousands of artistic swimmers working out and following the world’s best artistic swimmers, including Iz and Kate.

“Although we’d all rather be looking forward to the Olympic Games taking place in July and August, we have everything to gain from an additional year of training.

“Our athletes are very young so we can only see it as an advantage for us.”