Thomas Turgoose readily admits filming Swimming With Men has helped change his life for the better.

The This Is England star plays Tom in the new British movie, which follows an all-male synchronised swimming team’s bid to compete in the World Championships.

And the one thing he has taken from the role is becoming physically fitter.

“I was not in great physical shape,” said Thomas. “But I’ve come off this job and I now go the gym most days and I’m swimming a lot.

“The film changed so much in my personal life in terms of exercise and diet. So much weight came off so quickly. I lost over a stone in four or five weeks because of swimming and eating properly. The fitness you can gain from it is amazing.

“Swimming is so chilled and calming as well. You can be in the pool and before you know it, you’ve been in there for 40 minutes. I go quite a lot now, three, four, five times a week.”

Thomas hopes other men thinking of taking up synchronised swimming follow his example – and just do it!

He said: “I was reading the script thinking ‘it’s about synchronised swimming and I’m going to be in my Speedos. What are my friends going to think?’ I just thought ‘I’m doing it’.

“If it’s what you want to do, just go for it and do it – it’s so enjoyable. Your fitness levels will go through the roof as well.

“You do not realise how much hard work goes into the routines. I thought floating around in a pool would be easy but doing a two or three-minute routine was so tiring.

“There was so much going on. You had to remember so much with the physical attributes as well. So I’ve got a lot of respect for the hard work that goes into it.” 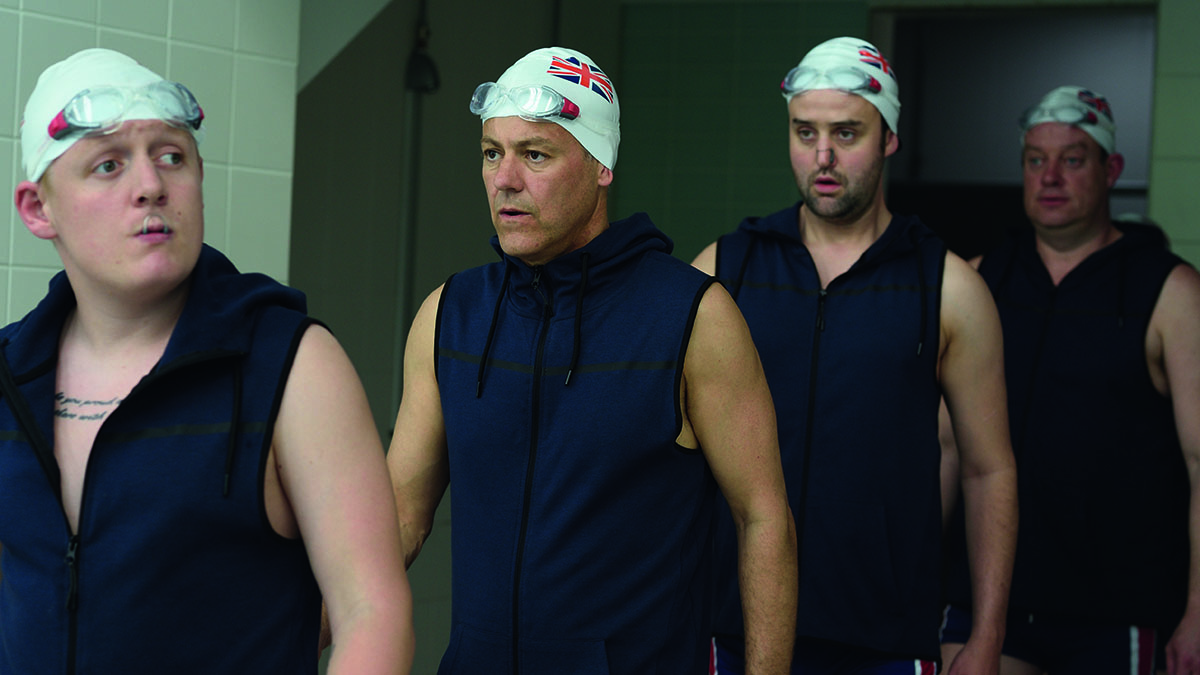 Thomas – who said his earliest memories of swimming were attending a weekly aqua disco at a pool in Cleethorpes where he and his school friends would see ‘who could kiss the most girls’ – said he felt fortunate to play the character of Tom.

“He’s the young one who keeps the group on their toes, keeps things fresh and causes a bit of trouble” said Thomas. “He’s a bit misunderstood but deep down, he’s really a good kid who cares about the team.

“He doesn’t care what people might think about it being a male synchronised swimming team. He’s a great character. The cast is amazing and I feel fortunate to play Tom.

“The thing that surprised me the most was that we were actually really good at it [synchronised swimming].

“We all took to it really, really well. We got so into it, we just enjoyed it. But it was made super easy by the team we had.

“Everyone from Aquabatix taught us so much about synchronised swimming and without them, it would have been a totally different film.

“It was massively enjoyable – tiring but so rewarding.”

“After we finished the film, we’d not seen each other for a while and we did a routine for Sport Relief,” said Thomas. “It was great to do that.

“We got back into the pool and fell straight back into it. Chris Jepson and Ronan Daly who joined the team for the film were brilliant professionals and good at organising us, telling us where to be. They really helped us so much.

“I’d love to get back in the pool with the guys. Swimming With Men 2 maybe?”