Synchronised swimming is set to make a splash on the big screen this summer as a new film is released in cinemas across the country.

Swimming With Men stars actor and comedian Rob Brydon and charts the progress of an all-male group of synchronised swimmers.

It is based on the real-life story of a team of Swedish synchronised swimmers and their bid to compete in the World Championships. Their journey was originally featured in the documentary Men Who Swim.

Rob plays the role of Eric, an accountant who is suffering from a full-blown mid-life crisis when he meets a group of synchronised swimmers during a visit to his local pool.

It’s a heartfelt, amusing story and cast members hope it will lead to more men taking up the sport. 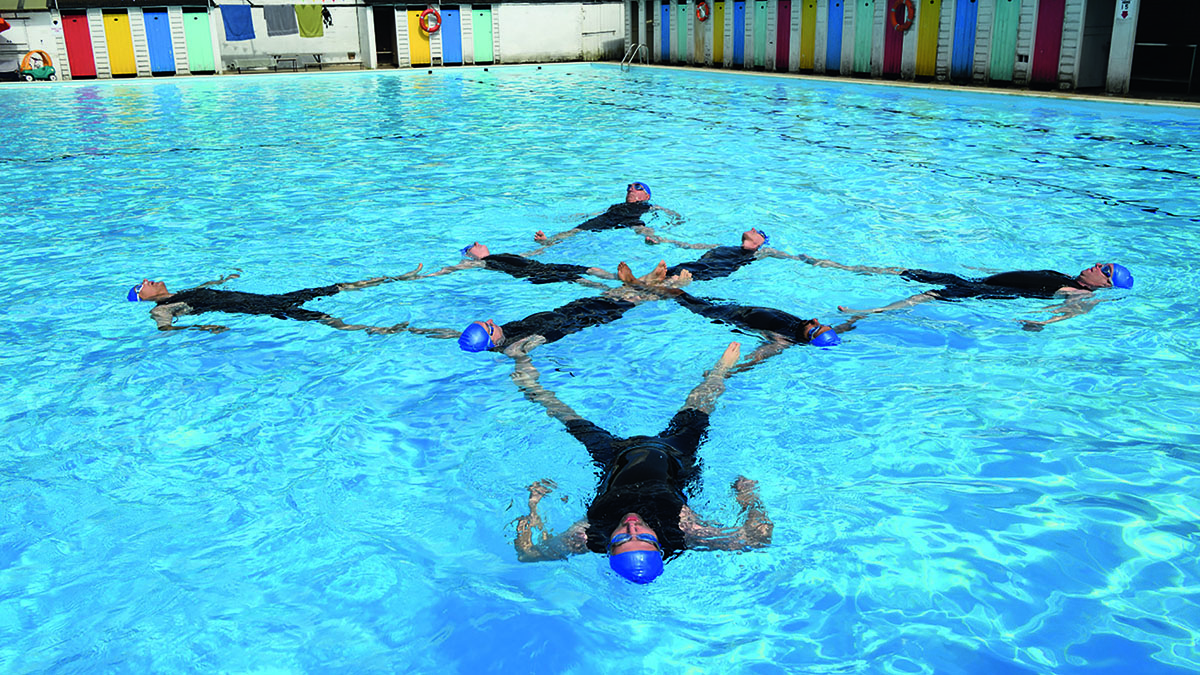 An activity for everyone

Downton Abbey star Jim Carter said: “If someone is a decent swimmer but thinks doing lengths is a bit boring, it might be worth giving synchronised swimming a go.

“For a lot of men, the social side is just as important as the sport.”

“Synchro is an activity for everyone. It’s a sport that combines creativity, expression, choreography and music interpretation and is for all ages and abilities.

“There are thousands of synchro swimmers across the country and while it’s traditionally been seen as a female dominated sport, more and more males are now taking part.

“We hope the film will encourage even more men to give synchro a go. Swimming With Men encapsulated perfectly the journey of being part of a group striving to achieve the same goal – something synchro does so well.”