Team GB has come seventh in the artistic swimming Team Tech final at the European Aquatics Championships after an impressive performance by the young team. 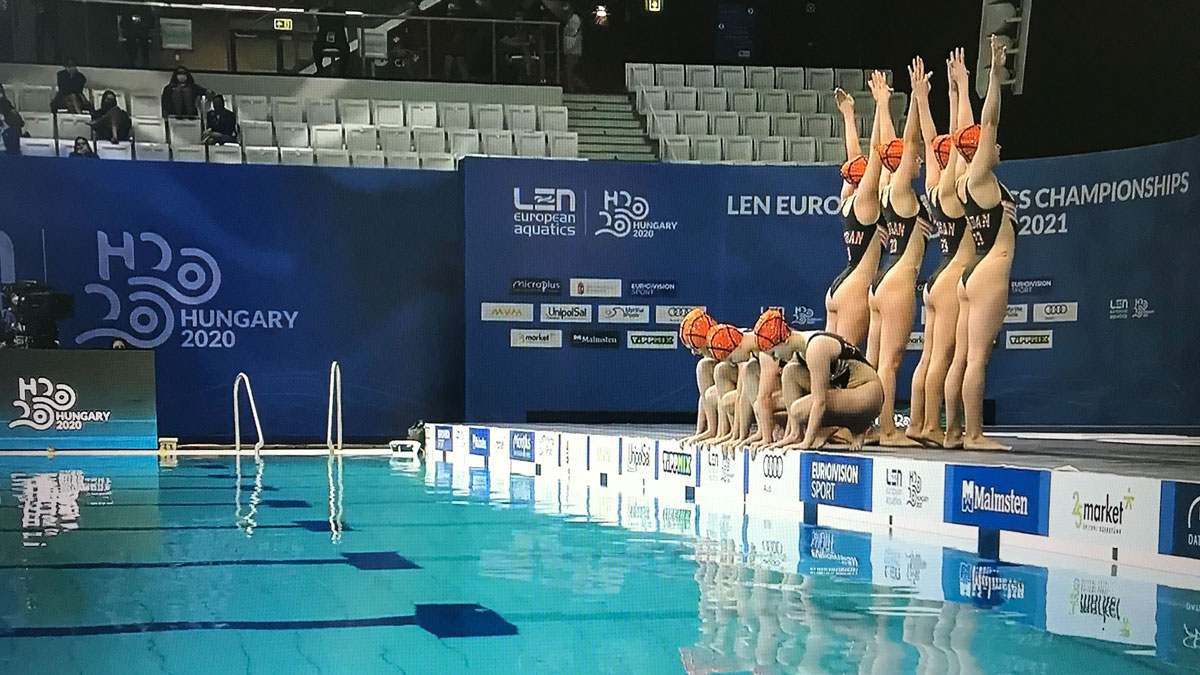 This is the first senior international competition for the team that is coached by Katie Clark, and will undoubtedly give them invaluable experience moving forward.

Of note, the team had just four weeks of preparation heading into this meet and so have produced an extremely impressive feat with this routine.

Karen Thorpe, Swim England artistic swimming manager, said of their performance: “We were delighted with the Tech Team swim, particularly as it felt like such a big stage for many of our young athletes.

“After not being in the pool for so long it has been a logistical challenge to prepare our athletes for this.”

The team’s coach, Katie Clark, said: “This has given them the confidence boost they needed before we compete again on Friday afternoon in the Free Team final.

“This was the first time swimming at a senior international competition for five of the athletes and we were so proud of how managed to keep their nerve and step up to the mark.

“To see the first lift go up and for them to perform the elements so well was brilliant.”

The team will be aiming for qualification at next year’s World Championships in Fukuoka, Japan which would see them competing against the best in the world.

Russia won gold in this event with 95.6705 points, a total which is just 1.2721 points off their winning score from the 2019 World Championships which included a number of the same athletes who competed here in Budapest.

Second place went to the team from Ukraine with 92.3920 points, while the bronze medal was won by Spain with 89.7700 points.