Here we feature one of our ‘Heroes in White’, Russ Trahearn. Russ is a Judge based at Hinckley Swim Club and is pictured volunteering at the Rotherham Metro Open Meet, Ponds Forge. Here he tells us how he became involved. 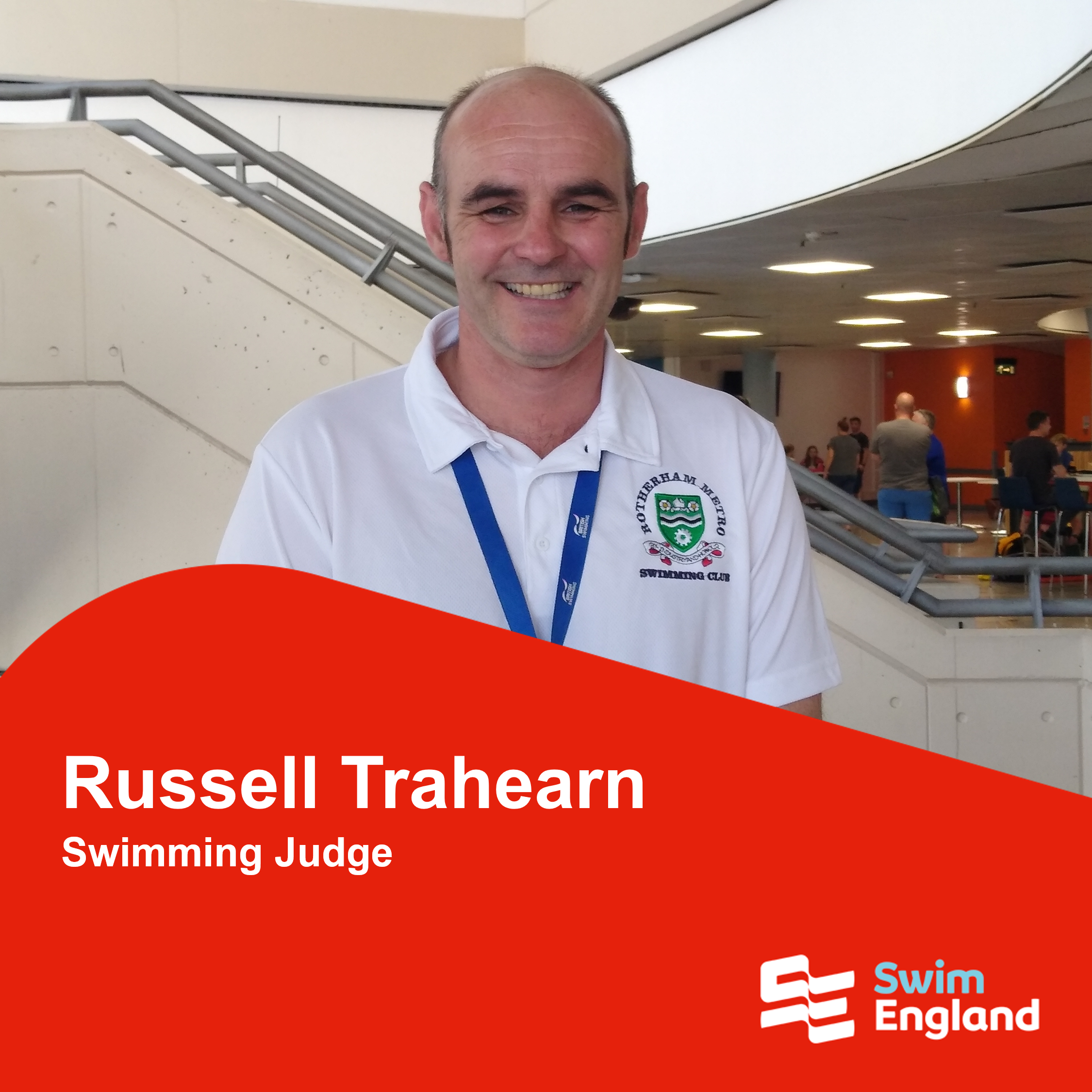 I became a volunteer when my base Club, Hinckley Swim Club, needed time keepers for internal competitions back in 2016.

My eldest daughter then got asked to represent the club in the Diddy League and I became a qualified Time keeper in 2017. Open meets soon became a regular occurrence at weekends and I started training as a J1, which I qualified for later in 2017. I’m now a J2s and will probably go for onto Ref.

For me the most enjoyable part is seeing the kids enjoy what they do. Competing is such an important part of that and without officials the licensed meets cannot happen. I have made some great friends whilst being an official and when we have travelled many miles to an open meet it’s great to see familiar faces from different clubs and quite often meet again at a different event on the same day.

My advice to anyone in the stands at a weekend meet is get yourself involved, it’s great to be close to the action. I don’t come from a swimming back ground and had no experience with what is involved before doing my J1. Anyone interested can access the new J1t course online, give it a go, it has a theory section to be completed online, then poolside experience can be completed at training sessions and licensed meets.

We have had 6 J1’s pass through the new online course at Hinckley SC, two are now taking part in J2 training. Every club needs their hero’s in whites, be a part of it.

Fancy getting involved in Judging ? Check out the Judge One Theory Course to get started