Swim England qualified Coach, Lucy Lloyd-Roach shares her experiences of how swimming has helped her mindfulness, and shares techniques for you to try. 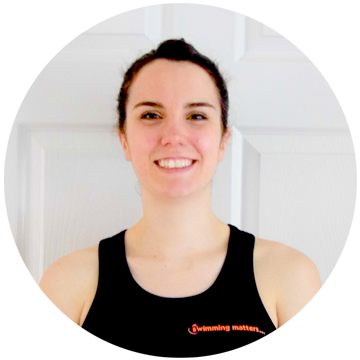 It was five years ago, as mindfulness started to creep onto the periphery of our collective consciousness that I began to wonder if from what people said about meditation and mindfulness that it described the mind-set I experienced after a swim. I was intrigued to find out if they were the same.

Before exploring it, the phrases that I associated with mindfulness and meditation were ‘a clear head’ and ‘reduced stress’. These are things that I can remember starting to notice after swims when I was at secondary school, I’d often work out the answer to something or just feel much calmer.

Mindfulness is commonly described as a simple form of mediation or mind training.

For me, mindfulness is a way of learning to be aware and observe your thoughts (both good and bad) with the aim of not getting caught up and being non-judgemental about them (some days this is easier than others). It’s a chance to step back, learn more about yourself and how your mind works.

Similarities between swimming and mindfulness

As I become more practised, I discovered that the effects are similar to how I felt after a swim, and for me, it’s due to the two main similarities between both activities:

Mindfulness techniques to try next time you go swimming

Check out our latest wave in the #LoveSwimming campaign, where we aim to encourage adults to escape the stresses of busy life by making time for a swim at their local pool.

Need to contact Membership Services? Get in touch using the details below.