Save the date ... Age Group and National Championships confirmed for 2020

Two of the biggest synchronised swimming events in the domestic 2020 calendar have been announced by Swim England.

The National Age Group Championships will take place at the Manchester Aquatics Centre on Saturday 7 and Sunday 8 March.

That will be followed by the Synchro National Championships at Nottingham’s Harvey Hadden Sports Village on Saturday 18 and Sunday 19 April.

The National Age Group Championships returns to Manchester for the second year running and has the largest number of competitors of any domestic synchro event.

Entries for the competition will open in January 2020.

Redwood Trophy up for grabs 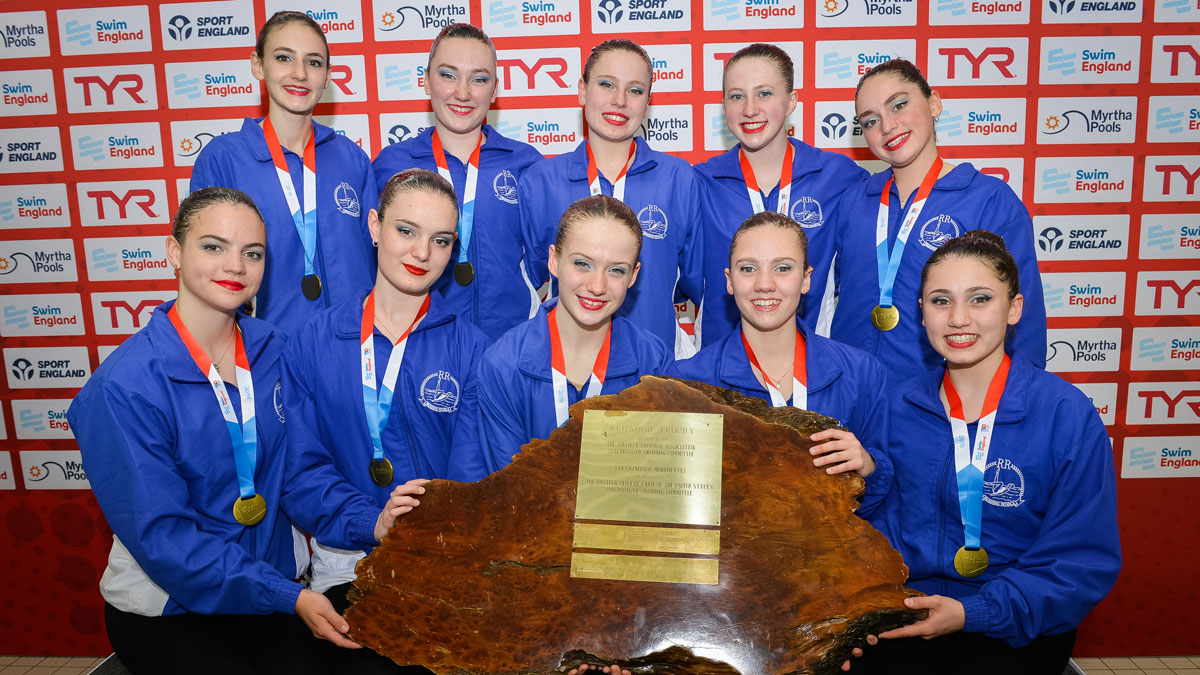 Some of Swim England’s most prestigious trophies – including the iconic Redwood Trophy – will be up for grabs at the championships.

It is open to England’s top junior (15 years and over) and senior synchronised swimmers.

In 2019, the Redwood Trophy went to Reading Royals for the first time in almost 20 years.

Isobel Blinkhorn and Cerys Larsen won gold for Reading in the Free Duet, while Greta Hampson retained her titles in the Tech and Free Solo.

Entries for the Synchro National Championships will open in February 2020.