Halifax, Rugby and Erith & District all won gold during the first session of the Swim England Synchro Combo Cup 2019.

Rugby moved to second overall in the Combo Cup standings – behind Walsall – by winning the Division Two, 13-15 Years national title.

With 10 swimmers in the team, Rugby also earned an extra two bonus points in the race for the Combo Cup.

Co-coach Penny Reed said: “We were really pleased with the swim. They’ve been working six months on this one.

“This is an adaption of a routine they swam as a free team at the start of the year, but we wanted to come to Combo Cup really badly, so we changed our free routine into a combo routine – added the duets and the solo. It’s come together really well.”

Co-coach Izzy Reed added: “We would have liked them to medal, so we’re obviously pleased they won. It’s a very good score.

“It’s such a big competition, they were all really looking forward to it. They’ve got matching clothes, pyjamas, they’ve all bonded together and made it an event they’ll remember.” 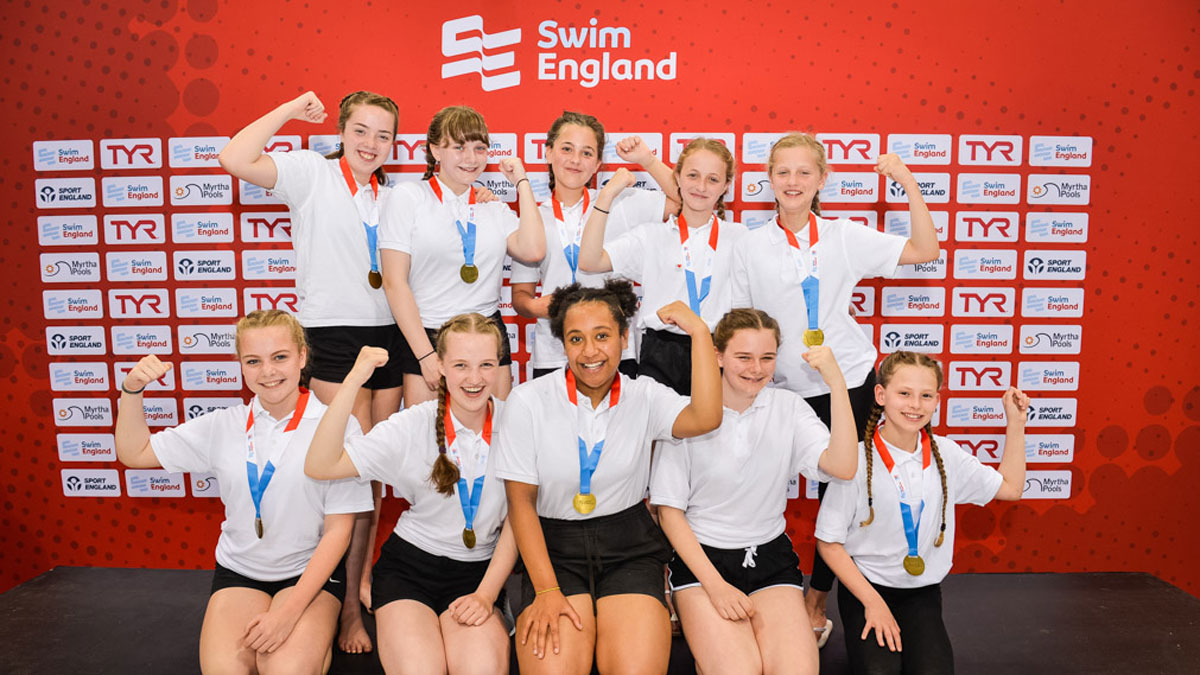 Earlier, Halifax stormed to victory in the Division One, 15 and Under event.

Swimming 18th, the team dazzled the crowd with a score of 59.5000, winning by more than four marks.

Reading Royals were second, while City of Salford won bronze to put them in a good position to defend their Combo Cup trophy.

With four swimmers who won gold in the 12 and Under event last year, the future looks bright for Halifax.

“I thought they were a really strong team, but you just don’t know what everyone else in the country is going to do, so I’m so excited.

“They put so much effort in, they’re like a little family together and they are a really good team.” 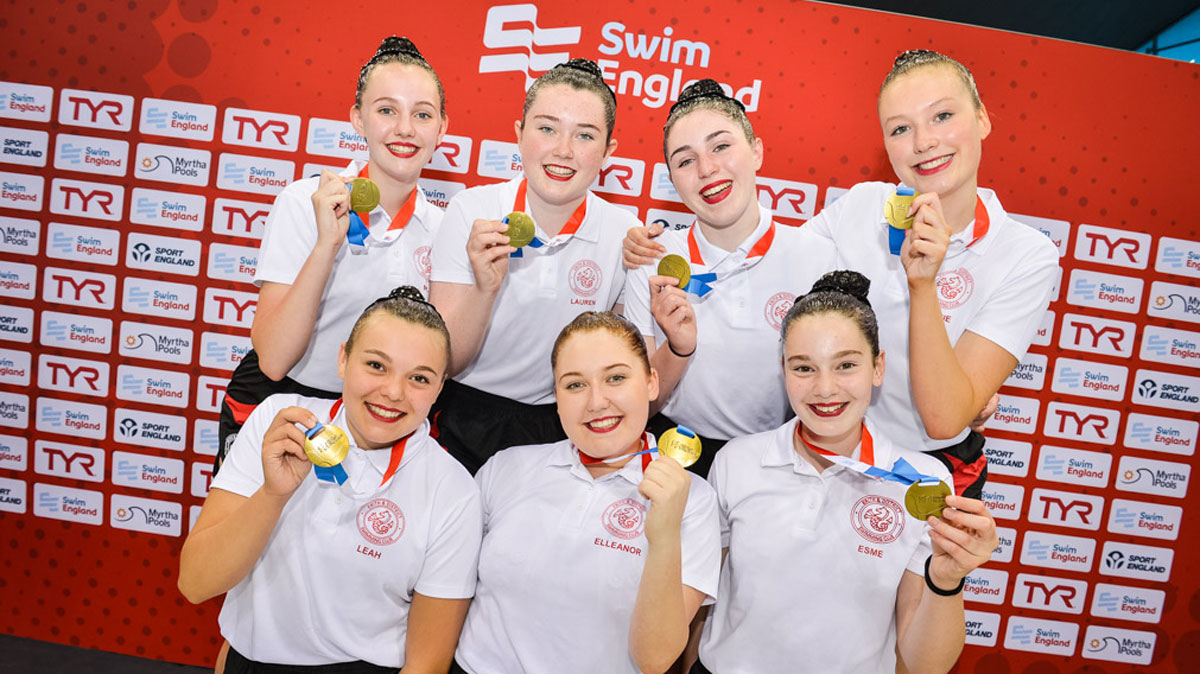 That was less than half a mark clear of Aqualina.

There was also a close battle for the bronze medal, as Rykneld completed the podium, just .2333 ahead of Walsall.

Coach Alex Wilkes said: “For one of our swimmers, it’s her last swim – she’s going to become a coach now, so it’s amazing that she gets the chance to go out on this high.

“56 was what I was thinking in my head. I didn’t tell them, but that’s what I wanted them to get and they almost cracked that 57, so I’m really happy.

“We’ve been growing and growing, so to go back to the swimming club and say what we’ve achieved is really amazing.

“They swum their hearts out and they were just so happy. They screamed the changing room down.”

Follow the live scoreboard, including the Combo Cup standings, here.