The Rushmoor pair won the Technical Duet earlier in the week and knew they would likely need to win the Duet Free to guarantee the gold.

That meant the British duo finished top of the Duet Combined standings, with a total of 119.3600 points across their two events.

A slice of redemption 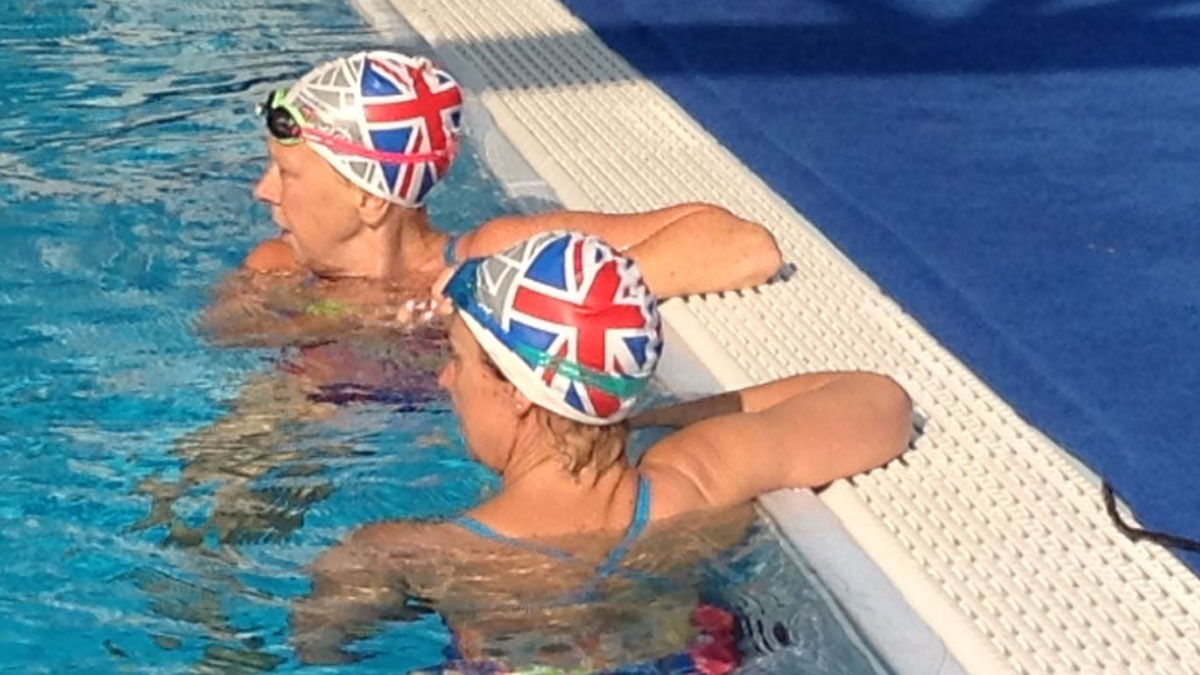 The gold medal moment came 40 years after Holland and Wilson agonisingly missed out on a medal at the 1979 World Cup in Tokyo.

Holland said: “We were delighted with our swims and feel very honoured to be part of the World Masters Championships in Gwangju.

“This is a fabulous way to celebrate our 40-year anniversary of swimming duet in the 1979 World Cup. Then we finished fourth – now we have our cherished world gold!”

Britain have one more synchro swim to come in Gwangju, with the Out To Swim pair in action in the Mixed Duet Free on Sunday.