Pringle said: “It feels amazing to win gold – I’ve had to work hard.”

Finishing in third place was Caledonia’s Eleanor Fryer with a total of 60.5539.

A total of 69.9684 was enough to earn the gold medal, with Aquavision’s Carla Pietrafesa finishing just 1.4561 behind in second.

The bronze medal went to Madeleine Brown of Reading Royals (67.6069).

In the 9-10 years figures event, it was City of Salford’s Lena Ramanah-Beck who won gold.

The Salford swimmer topped the podium with a total of 52.2252.

Gold and bronze for Reading in a close finish

Georgia Baker and Taliah Alves of Walsall were in a very close second place, finishing on 127.4596 with Madeleine Brown and Rebecca Saunders teamed up to add a bronze medal to Reading’s gold (127.0404). 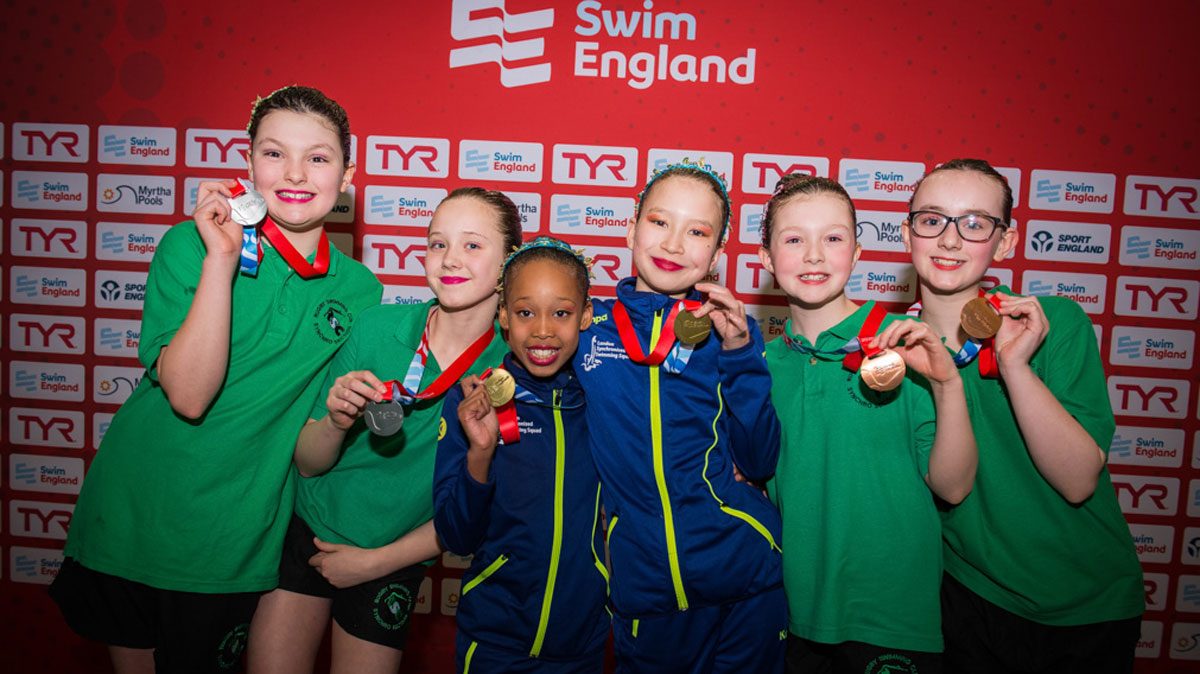 London Region topped the podium in the 12 years and under duet competition.

Following on from the club’s success in this event in 2019, Andrea Eliasson and Shameiah Nanton put on a gold medal winning display.

In the figures competition, Eliasson finished in second place with Nanton in sixth place, meaning their combined figures score was 59.5258.

Adding this to their routine score, the overall score was 112.5591.

Triumphant team at City of Bristol

The gold medal for the Free Combination routine went to City of Bristol.