Great Britain’s young synchronised swimmers will be bidding to build on their successes so far this year when they take part in the European Junior Artistic (Synchronised) Swimming Championships.

A team of 11 have travelled to Prague, Czech Republic, for the event and will be full of confidence following some morale-boosting performances in the pool throughout 2019.

Several members of the team produced the best result of their international career so far as they won a silver medal in the free combination final at the FINA Artistic Swimming World Series in Paris.

Kate Shortman also won two bronze medals in the Barcelona leg of the World Series, while she and Isabelle Thorpe have been consistently producing personal best performances in the duet competitions – and will be further buoyed after being officially selected as the GB duet aiming to qualify for the Tokyo 2020 Olympic Games.

Shortman will compete in the free and technical solo competitions and the combo team event.

The duo of Shortman and Thorpe will be aiming to impress in the free and technical duets, while Daniella Lloyd, Daisy Gunn, Millicent Costello, Cerys Hughes, Cerys Larsen, Laura Turberville, Isobel Blinkhorn, Alyssa Basinger and Isobel Davies are all taking part in the free, technical and combination team events.

It is the first taste international competition for Gunn and Davies and Karen Thorpe, Swim England National Synchro Manager, said the squad were looking forward to the event.

She added: “It looks like being a strong championships.

Excited about challenge ahead 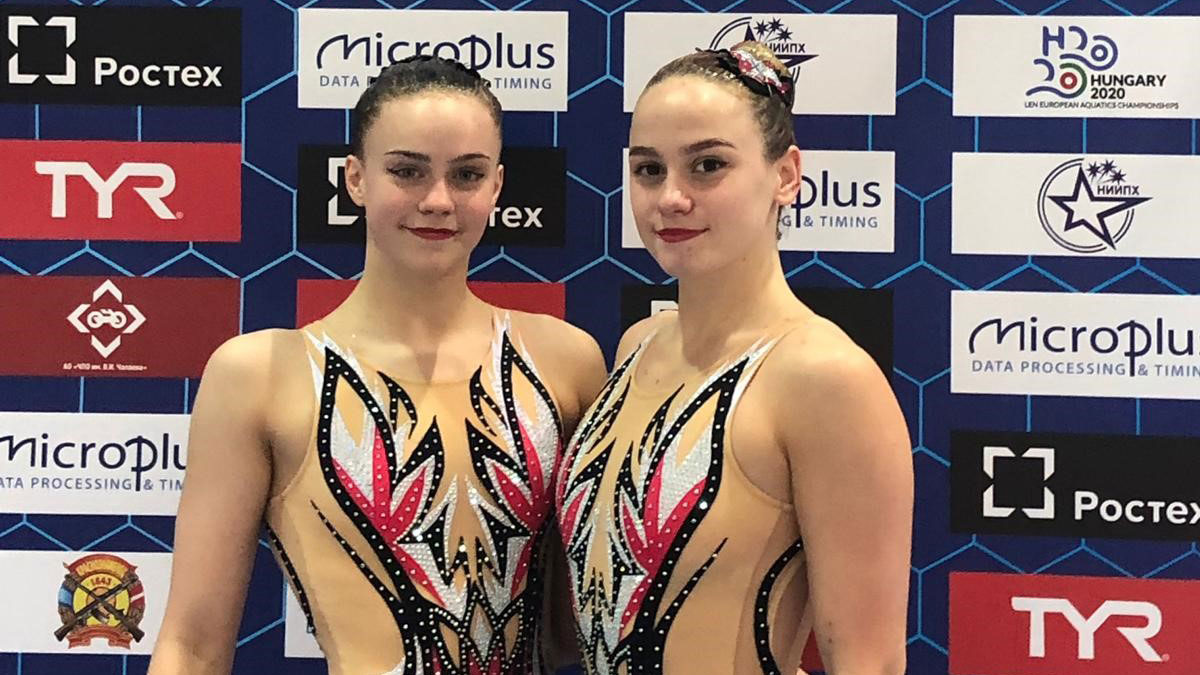 “There is a large entry and some tough competition from other nations who are also swimming athletes from their senior teams.

“But we’re excited about competing in all the events and giving some new faces the opportunity to compete at this level for the first time.”

Shortman and Thorpe kick off Team GB’s campaign on Wednesday 19 June when they take part in the technical duet final against 16 other nations.

The following day, Shortman will then compete in the solo free preliminary competition with the technical team also in action.

Friday 21 June will be a hectic day for Shortman as she takes part in the free duet preliminary round with Thorpe and then the solo technical final in the evening.

Should Shortman qualify for the solo free final, that takes place on Saturday 22 June – the same day as the team free final when Britain are against 14 other nations.

The competition concludes on Sunday 23 June with Shortman and Thorpe hoping to be in the free duet final and then joining the rest of the squad for the free combination final.