City of Salford’s Lena Ramanah-Beck was ‘so happy’ and thanked her coach after winning her second gold of the Swim England Artistic Swimming National Age Group Championships.

Lena’s first gold of the championships came in the 11-12 figures competition on the opening day of action.

She scored a total of 63.4490 to finish clear of her rivals and clinch her club’s first medal of the weekend.

On day two, Lena has doubled her medal tally with a win in the 12 and under solos competition.

Finishing in second place was City of Bristol’s Hannah Gibbons with an overall score of 111.2482 to win the silver medal. In third was City of Birmingham’s Imogen Sutton with 109.2463.

On winning her second gold of the competition, Lena said: “I’m so happy.

“I just want to say thank you to my coach because she’s really helped me train and get ready for the comp.”

“Solo was my favourite out of the two because you get to do it to music and you can smile and there’s a crowd there cheering, whereas it’s a bit quieter at figures.

“Training ahead of the event has been fun because other people in the group who are doing the team, I’ve been able to train with them and been able to cheer them on as well, it’s been great.”

“We’ve never had a national champion at this level before. Lena won the 9-10 figures two years ago and that was the first time we’d ever got a gold medal.

“In training she’s exactly the same as she is in competition – cool, calm, always smiling and always gives 100 per cent.”

On being back poolside at competitions again, Jess added: “I actually swam and this was the last venue that I ever competed at, so it’s quite emotional walking back into it after all this time.” 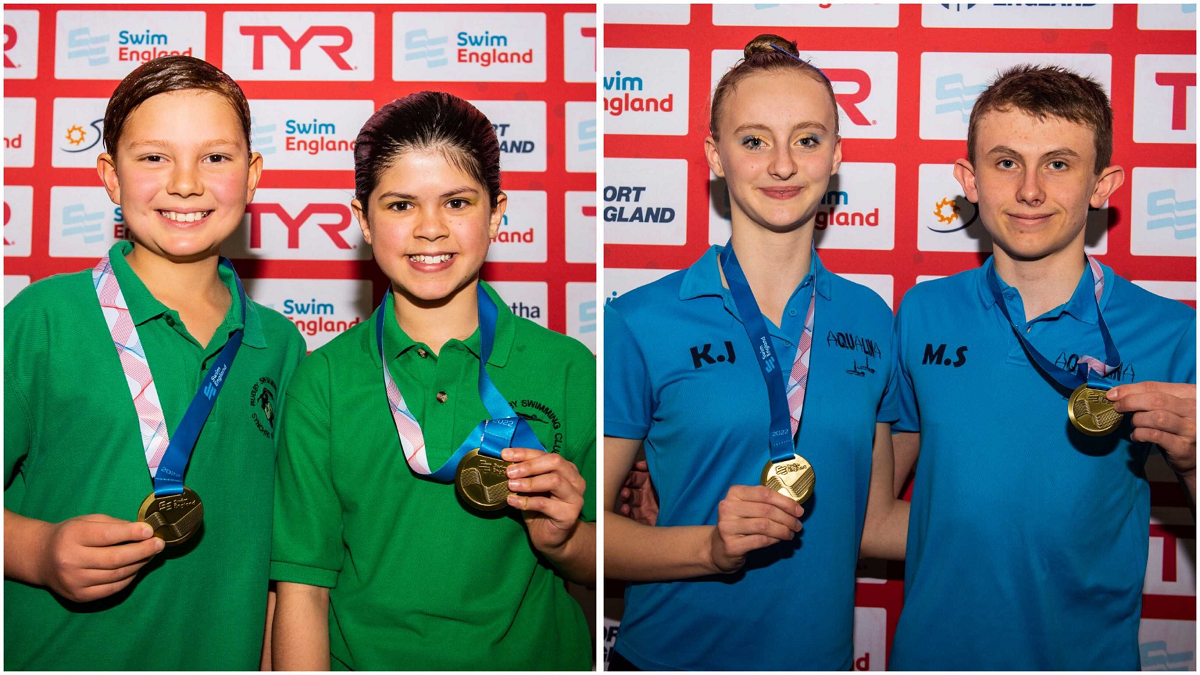 In the mixed duet competitions, Rugby and Aqualina were the gold medallists in the respective age groups.

Rugby took the 12 and under national title through Keva Ennis and Aaron Lee, who scored 46.4333 points.

The silver medallists were Abbie Dargan and Salvador Ingham of City of Leeds. The pair achieved a score of 43.2667.

Amelia Hall and Alfie Morgan of Atlantis earned bronze as the duo finished with a score of 39.4667.

Aqualina were the only entrants into the 13-15 mixed duet competition but an impressive performance saw Kiarra Janikova and Maxwell Sewell score 57.7667 points. 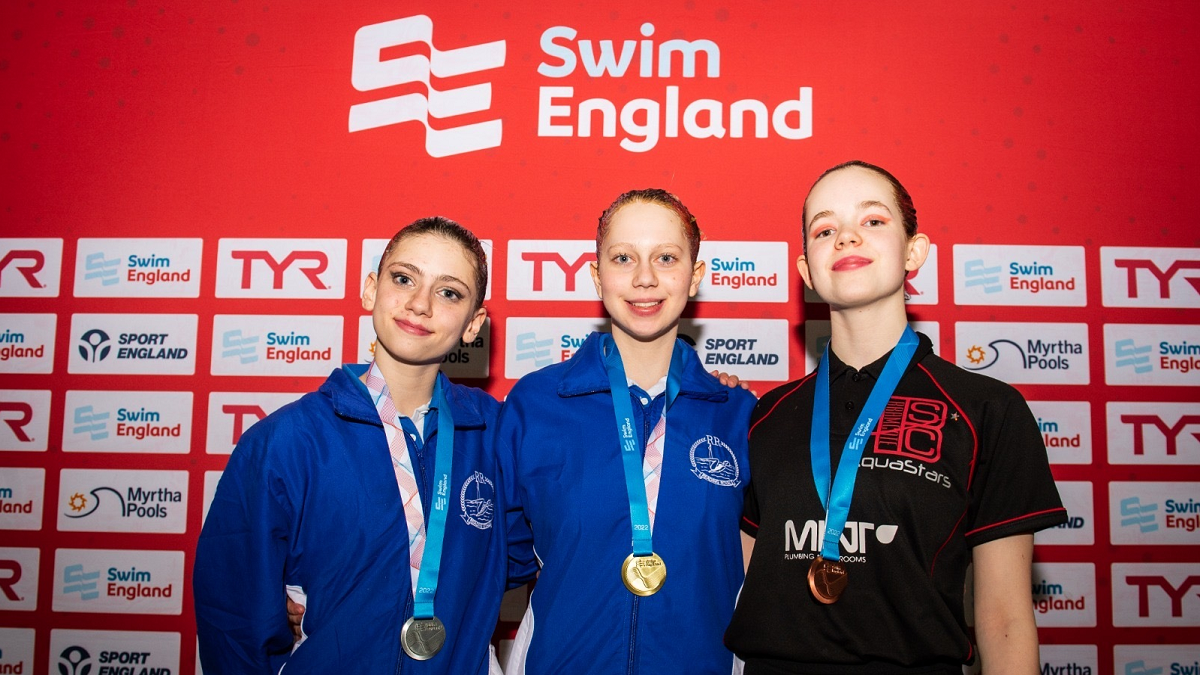 The results of the 13-15 solos competition saw a familiar three faces step onto the podium.

It was the same top three as the 13-15 figures competition on day one, all collecting their medals in the same order.

Reading Royals swimmer Lily Halasi completed a hat-trick of gold medals as she added the solo national title to her figures and duet successes.

She scored a total of 141.6320 to finish in first place, with her teammate Florence Blinkhorn again taking the silver medal.

Keep up with the live scores via the Swim England Artistic Swimming Live Scoreboard page.