The City of Bristol pair had already lifted the Duet Tech title in Nottingham, winning by more than seven points on the opening day.

And they confirmed their superiority with another eyecatching performance in the free routine, breaking 70 points to claim the historic Spencer Trophy.

The reigning National Age Group 15-18 Years champions scored 72.8667 for their routine. Their victory saw them follow in the footsteps of teammates Isabelle Thorpe and Kate Shortman, who won gold 12 months ago.

The result also brought a fourth gold for Hampson, who also won both the Solo Tech and Free events at Harvey Hadden.

Reading Royals completed the podium as two of their promising young pairs stepped up on the senior stage.

Alyssa Basinger and Mimi Gray continued to mark themselves as a duet for the future as they landed silver – missing the 70 point marker by less than 0.2.

Cerys Larsen and Isobel Blinkhorn took bronze, receiving 66.1333 for their routine to edge out City of Bristol’s second pair Anna Sledge and Cerys Hughes for the third podium place.

Improved score for Hill and Barrington

City of Leeds’ Connor Hill and Rosie Barrington improved on yesterday’s Tech Duet score as they competed in the Mixed Free Duet competition. 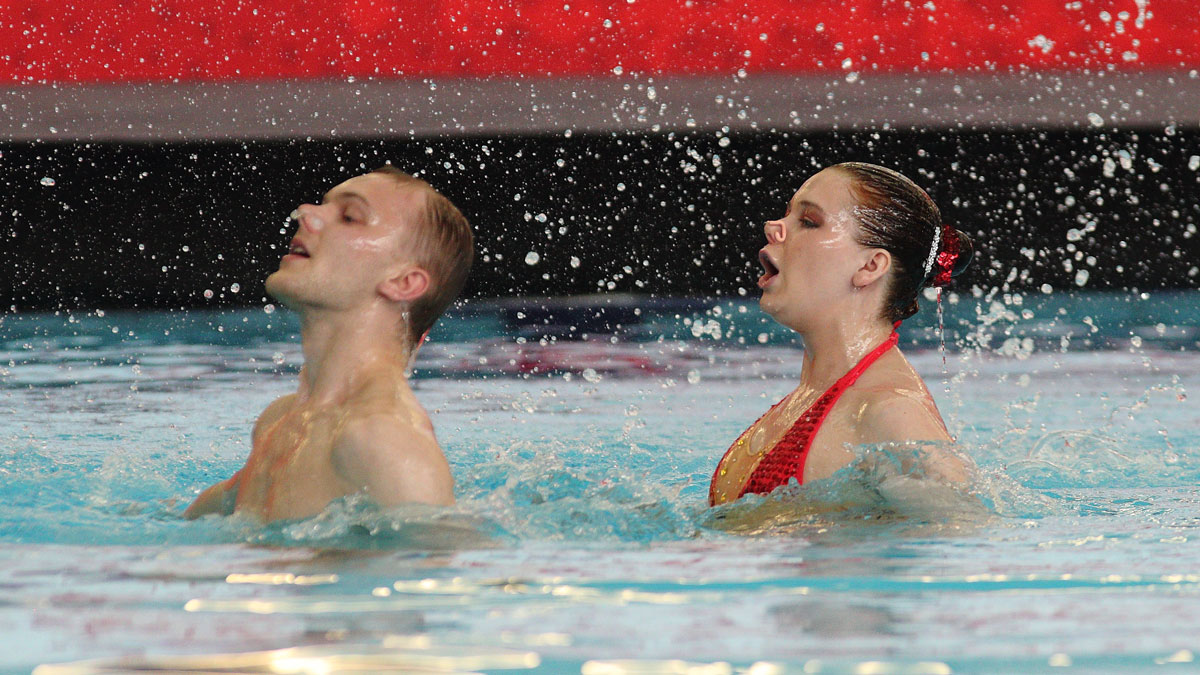 The pair are breaking new ground as the first mixed pair to compete on the senior national stage in England.