Reading Royals won gold and bronze in the Division 2, 15-18 Years competition to take control of the race for the Swim England Synchro Combo Cup 2019.

After a powerful routine, Royals’ Team 2 finished just ahead of City of Salford in third, while Rugby won silver with 63.5333 points.

Reading’s Team 1 produced another rousing performance with the routine that saw them pick up a superb 71.700 points to win the Free Combination at the National Championships in April.

They had hoped to break the 70-point barrier again, but their score of 67.0000 was still enough to top the podium.

Those results gave them a nine-point lead in the race for the Combo Cup.

Head Coach Kelly-Anne Russell said: “We were hoping to get a similar score [to National Championships] or push it up a bit, so that’s why they were a little disappointed with the 67.

“They really do put themselves up there to the highest standard. As a team, they’re  striving to improve all the time and get higher scores.

“They’re always doing that as a team, so it’s great to be able to coach and be involved with a team that is that ambitious.

“What we have done this year, that we haven’t done previously, we’ve brought the whole club, so every single member of our club who isn’t just in the fun groups is here competing. For us, that’s a really big deal.” 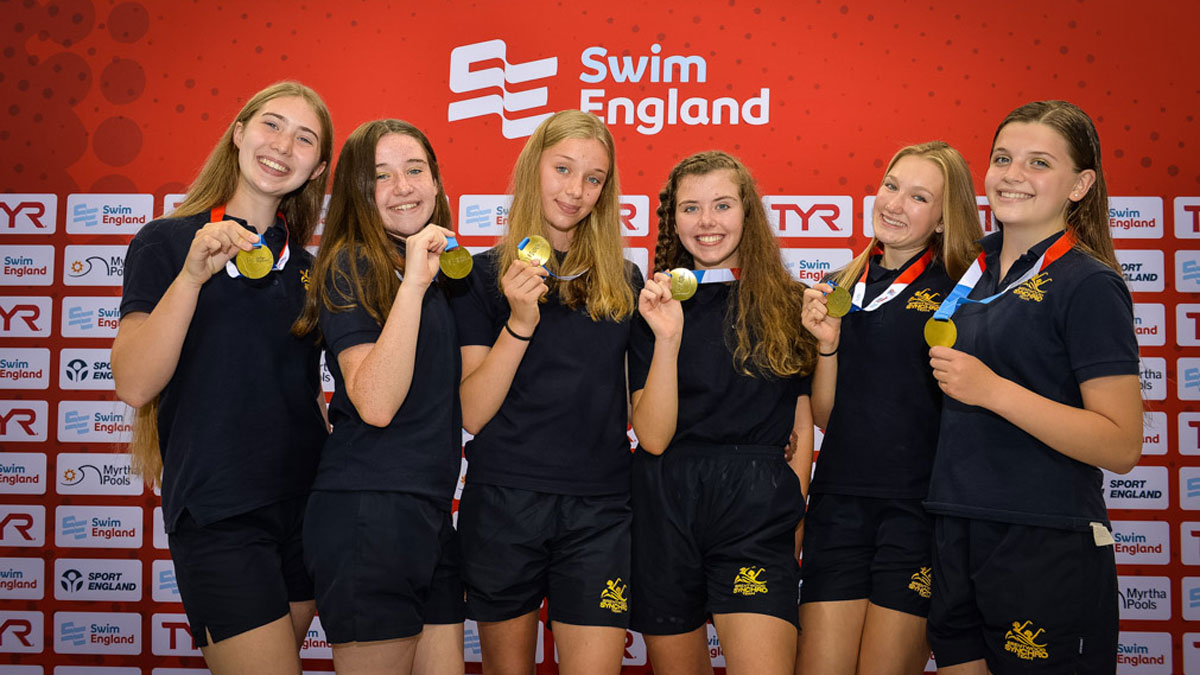 It’s quite an improvement for Brentwood, who finished in last place at the 2018 Combo Cup.

Proud coaches Lisa Hurley and Amy Davis said: “They can’t believe it, they’re really happy. We didn’t want them to come last, that was our goal, and for them to enjoy themselves. They pulled it out of the bag!

“We can’t wait to tell everybody. It might spur them on to want to do it again. They’ve got something to keep hold of now.” 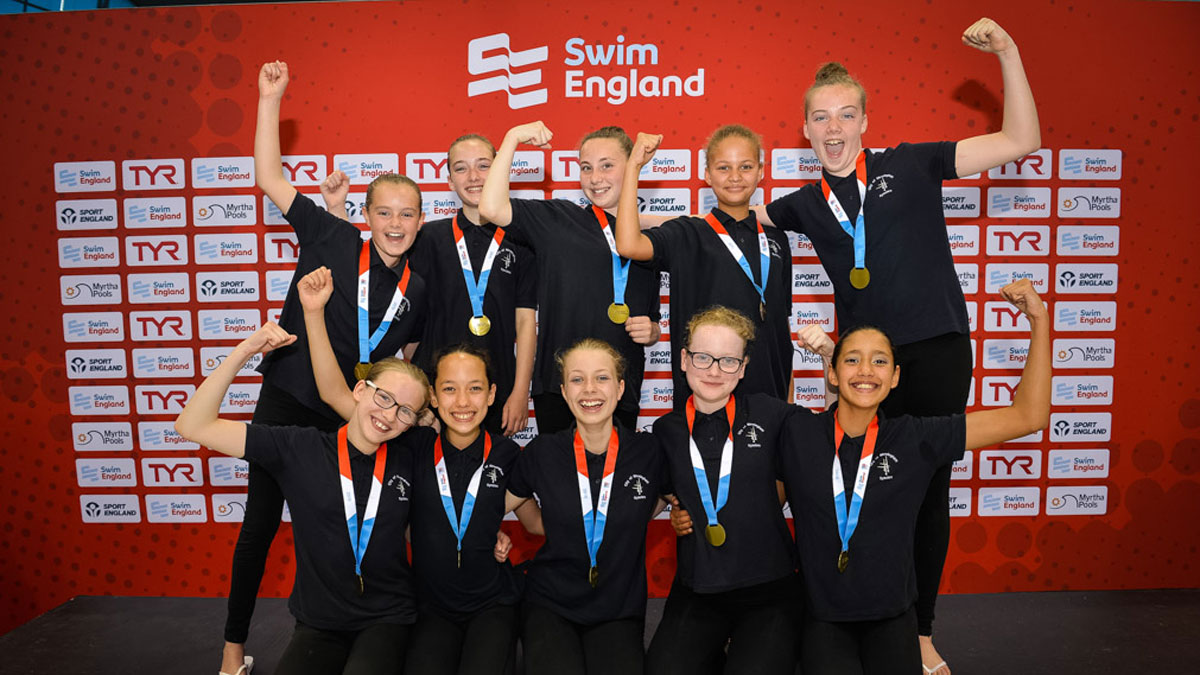 City of Birmingham narrowly beat City of Leeds to gold in a thrilling Division Two, 15 and Under competition.

That set the challenge for Leeds, who very nearly stepped up to the plate, picking up 57.1333 to claim the silver medal.

Coach Claire Lockhart said: “It was a really good swim, the girls were really excited before going in because they were swimming in an Olympic pool.

“We just told them to enjoy themselves and they went in and had a lovely swim. The lifts were great, I’m really proud of them.

“We didn’t really have any expectations, we just wanted to get to Combo Cup, get to London, get to the Olympic pool and have them enjoying themselves, giving them experience.”

Two from two for Bristol 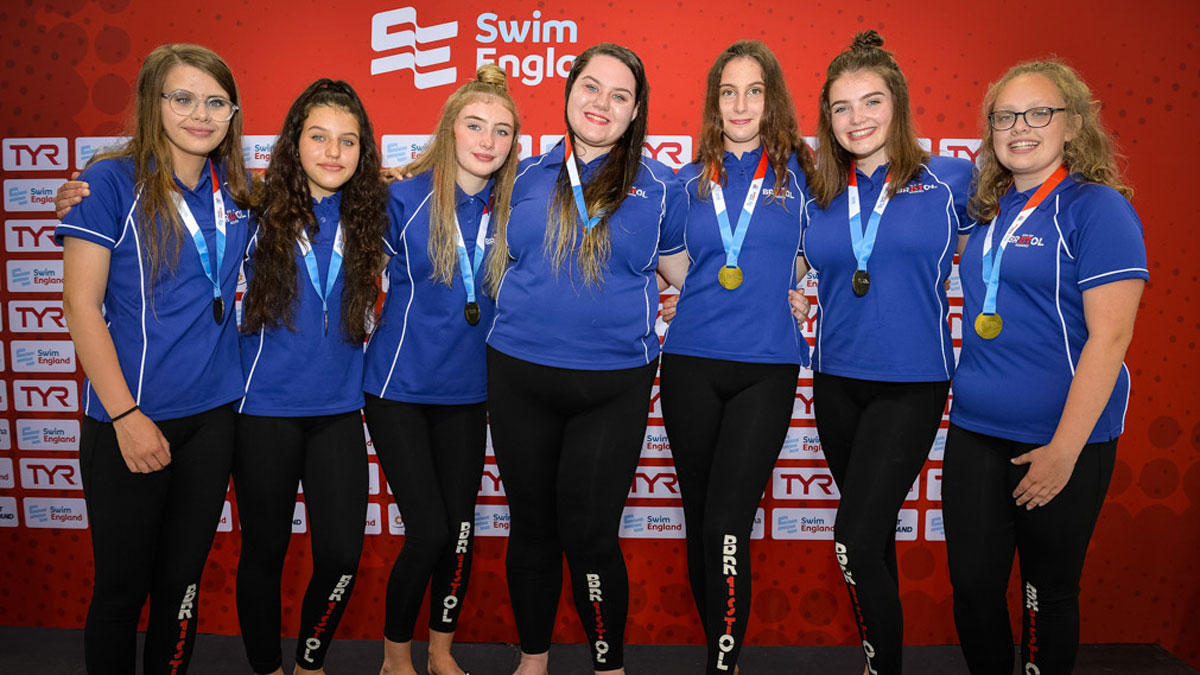 After winning silver in the 13-15 Years, City of Bristol’s other team ensured the club left with two medals from as many events.

Bristol hope the success of their two teams inspires wider growth at the club.

Coach Patricia Maggs said: “It’s great, we just need more girls in other age groups. It’s difficult for a big club to focus on all the age groups and we need some new ones coming in.

“Most of our teams are in seniors and nationals, we do tend to focus on that. Hopefully by next year we’ll have some younger ones in so we can do more routines.” 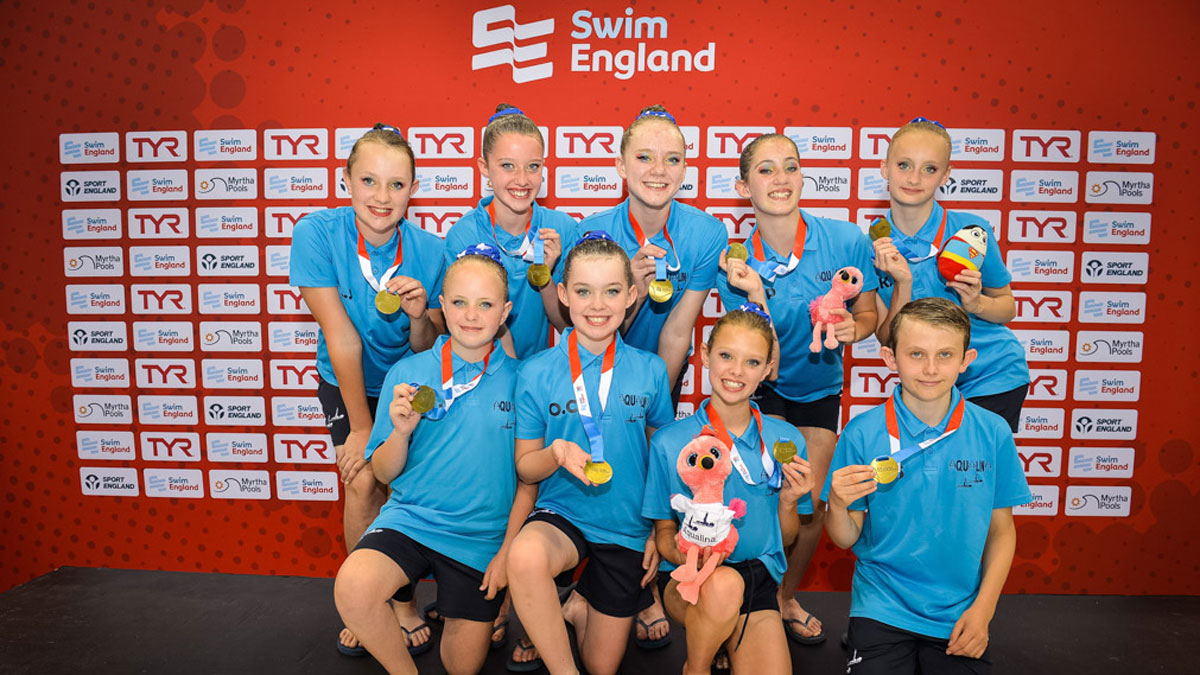 The bulk of the team has been formed over the last year, but looked accomplished as they picked up 55.5667 points, more than three marks clear at the top of the standings.

Head coach Kerri Brennan said: “We’ve got a young boy in the club [Max Sewell], which is really exciting. He’s only been with us a year and he’s already passed his Skill Grade 3.

“We wanted something that would make Max feel part of the team, hence why superheroes was a really good shout.

“They absolutely rock. They love that routine and they really show off, they loved it today, it was great.

“It’s inspiring watching the older swimmers. The younger swimmers want to be as good as them and they’ve trained so hard. They’ve missed parties to come to training. They really deserve it.”