He triumphed in the Boys 13 Years 2k race by a huge one minute 22 seconds from his Wycombe District team-mate Luke Poulton.

At the 2018 championships, Cooper struck gold in the 12 years race by five seconds.

But his margin of victory was far more impressive this year as he finished in a time of 24:01.

Poulton touched home in 25:23 to take the silver medal with Borough of Kirklees’ James Plant third after clocking 25:26.

Cooper said: “It was a good race. It was quite hard swimming back down against the waves but good.

“I was quite a way in front by the end but it was close at the start. It’s been a good atmosphere overall and then a good race.

“It was a bit windy out there but other than that it was very nice.

“I’ve done British and English Nationals over the last few weeks as well. I won the 400m Freestyle at the National Summer Meet and came third in the 1500m Freestyle , so I’ve had quite a week.

“My family are proud – they’ve been watching most of the events.” 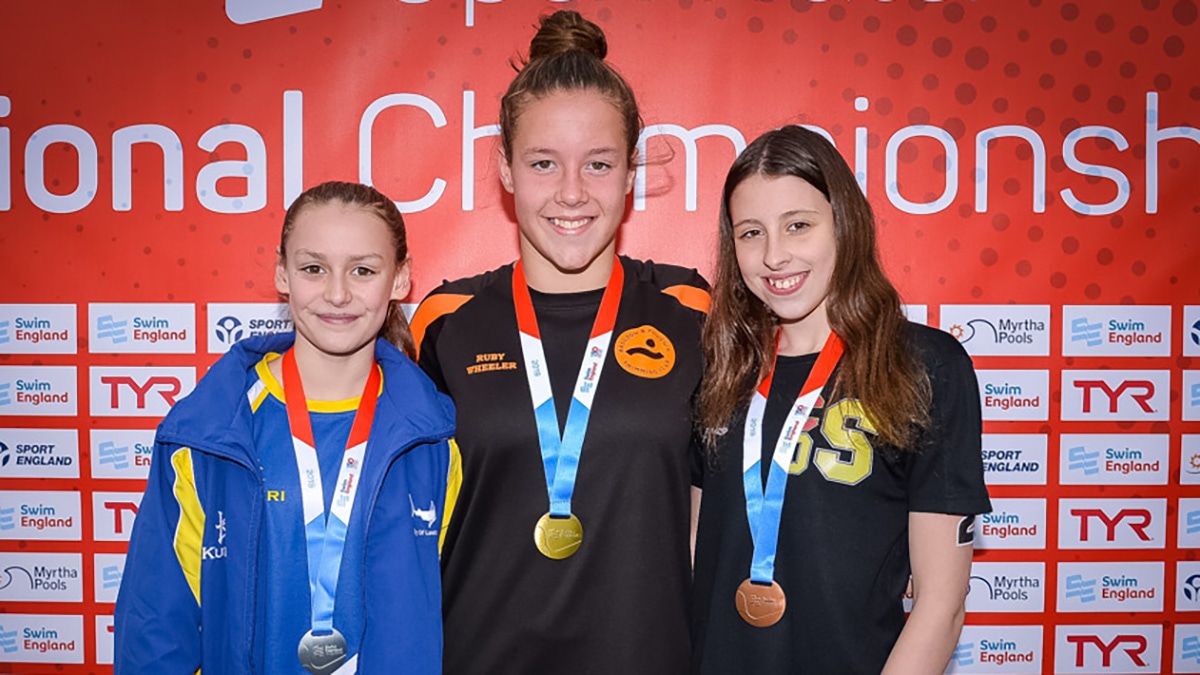 City of Salford’s Ella Blocksidge was third in a time of 24:58.

Wheeler enjoyed success at the 2018 event as she clocked 28:05 to win the Girls 12 Years 2K race, although she was slightly hampered in her bid to repeat that success.

She got slightly tangled in reeds which left her second but she soon got into her stride to take top spot.

Wheeler said: “It was a good race.

“There was a massive bunch of reed and I got stuck in it right over by the third buoy. I was coming second but then I got in front right in the last bit.

“Our race was the final one but the wait was okay because there’s been quite a few swimmers from my club so I’ve been cheering them on.