England had two swimmers in the women’s Open Water 10k race at the Glasgow 2018 European Championships.

Alice Dearing was the first British swimmer home as she touched in 1:58:39.3 to finish 12th.

A lot to learn

Dearing said: “I ended up placing a lot higher than I thought I would. It was fine going out but coming back on the long straight was very wavy so that made it a lot harder.

“There’s a lot I can learn from this – there’s a lot I know I can work on now, like hard endurance and being able to keep up with the pace.

“I know I have the speed finishing, so I know if I can keep up with the pace I can do well.”

Jack Burnell fought hard to keep with the leading pack at the Glasgow 2018 European Championships but he couldn’t keep up with the pace.

Also in the line-up was his Loughborough team mate, Toby Robinson, who clocked 1:49:47.5 to finish ninth.

The race was won by Holland’s Ferry Weertman. 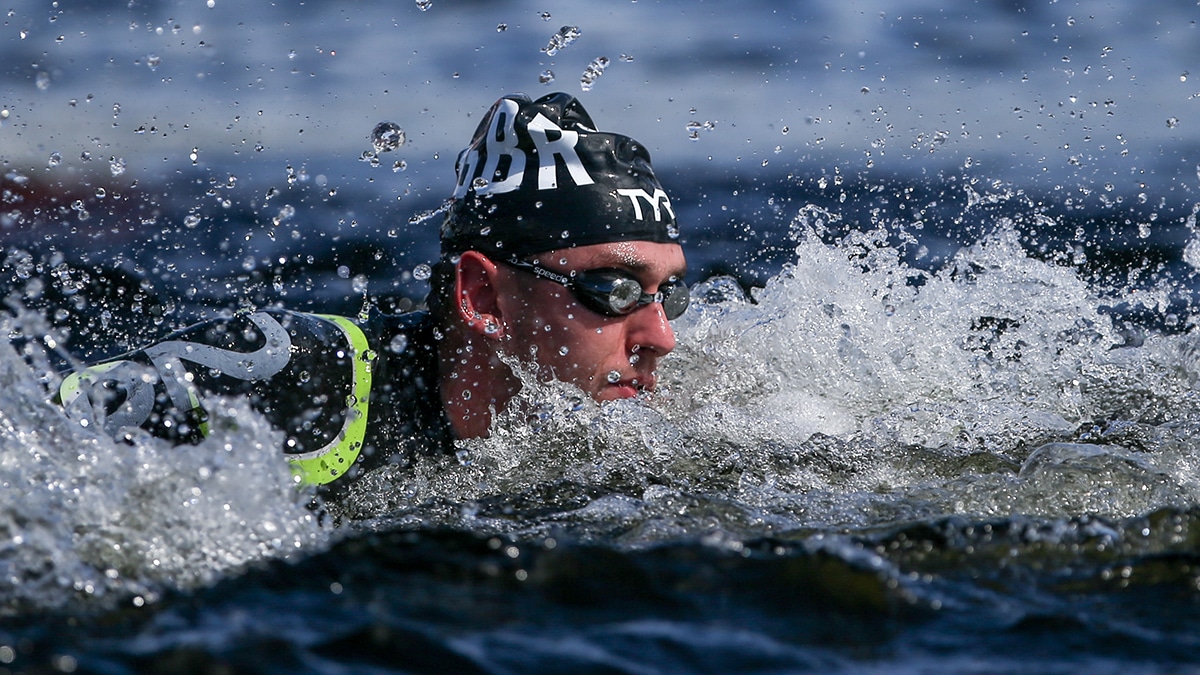 Burnell was in a breakaway pack that was battling for the bronze medal on the final stretch but he could not keep up.

“It was a sore ending in Rio and a bit of a sore ending here too,” said Burnell. “It was a bit physical out there and in wetsuits, but I’m not making any excuses.

“It hasn’t gone the way I’ve wanted, with two broken ribs in one season so I wasn’t coming into this fully fit.”

Robinson added: “It was so hard, the last 5k in particular.

“I think I picked up the pace at the front it was just so exhausting by the end.