They showed no signs of fatigue in the packed schedule, each claiming a hat-trick of national titles in their respective age groups.

Otter’s Davis, who won multiple medals at the FINA World Masters Championships in Gwangju last month, continued her success with a series of dominant wins.

She began the day by taking out the 35-39 age group 5km title, finishing more than seven minutes clear in an impressive 1:13:53, winning the overall race.

Davis then backed up with gold in the 3km – the distance over which she won a silver medal in Gwangju.

That winning margin was over four minutes and she capped off a superb day by winning the 2km by more than five minutes.

Davis was the quickest overall in the final race, pipping 40-44 champion Jo Mitchinson by two seconds.

She said: “I’ve enjoyed today, it’s been really tiring but good. Both the 5km, and the 3km were the best swims. The last one was the hardest by far; I could definitely feel it tightening up.

“I’m quite happy with three golds on my birthday, I couldn’t have done much better. My teammate Pip did really well too. He’s swum all three and won all three as well so he’s really happy with his, although I beat him on two of them.

“He won’t like me saying that, but I did. I had faster times in the 3km and the 2km; we have a bit of a rivalry,” Davis quipped.

Bennett doubles up for Otter 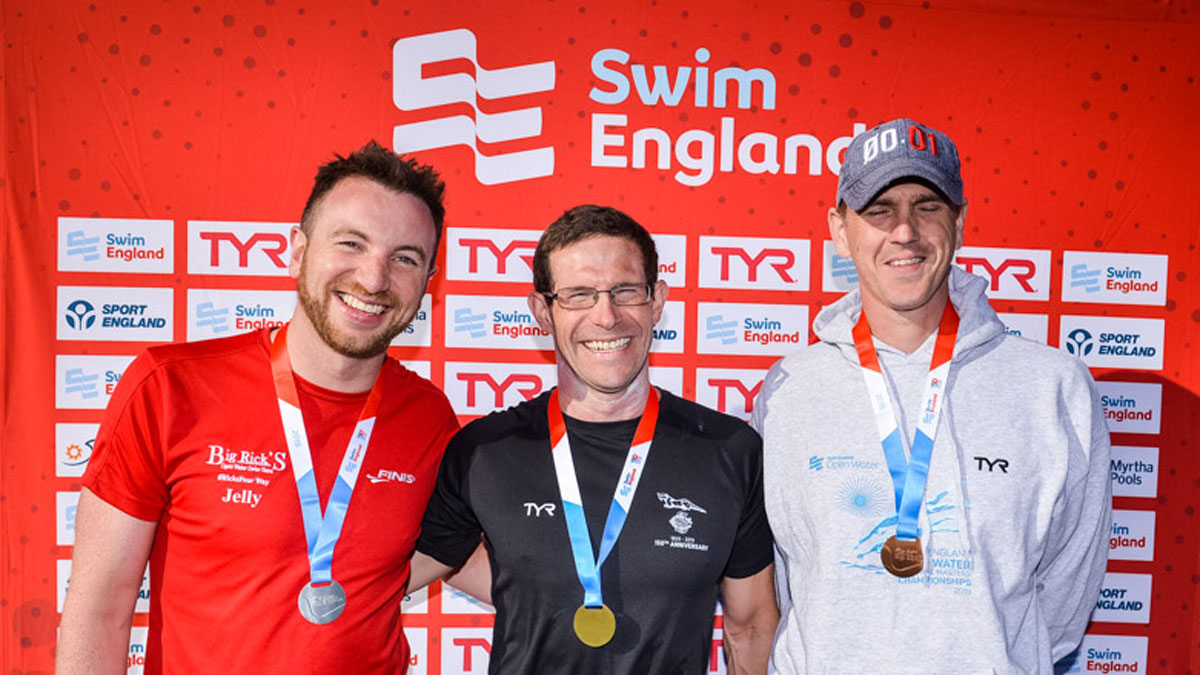 Bennett started the day with his most competitive race of the lot, winning the 35-39 age group title in a sprint finish.

There was little to separate Bennett and City of Cambridge’s James Gill, with the former leaving just enough in the tank to win by two seconds.

That set the tone for Bennett’s day and after easing to victory in the 3km, he had the chance to push for his third gold in the 2km.

That proved somewhat of a formality as the Otter swimmer clocked 30:05 for the third fastest overall time.

Bennett said: “It was getting more and more challenging throughout the day – 10km turns out to be a very long way in the water.

“The 5km race was a tussle all the way round and I was very lucky to win on the touch. I thought I’d missed it, there was just two seconds between us in the end, very close.

“It was great for both me and Hayley to be able to do that in Otter’s 150th year and show our colours.

“The World Masters Championships was really exciting because that was the first time I’ve been on the podium at a major event.

“That was really cool as well, standing there with the British flag and so on was exciting. The experience over in South Korea was just amazing really, I hadn’t been to that part of the world before.” 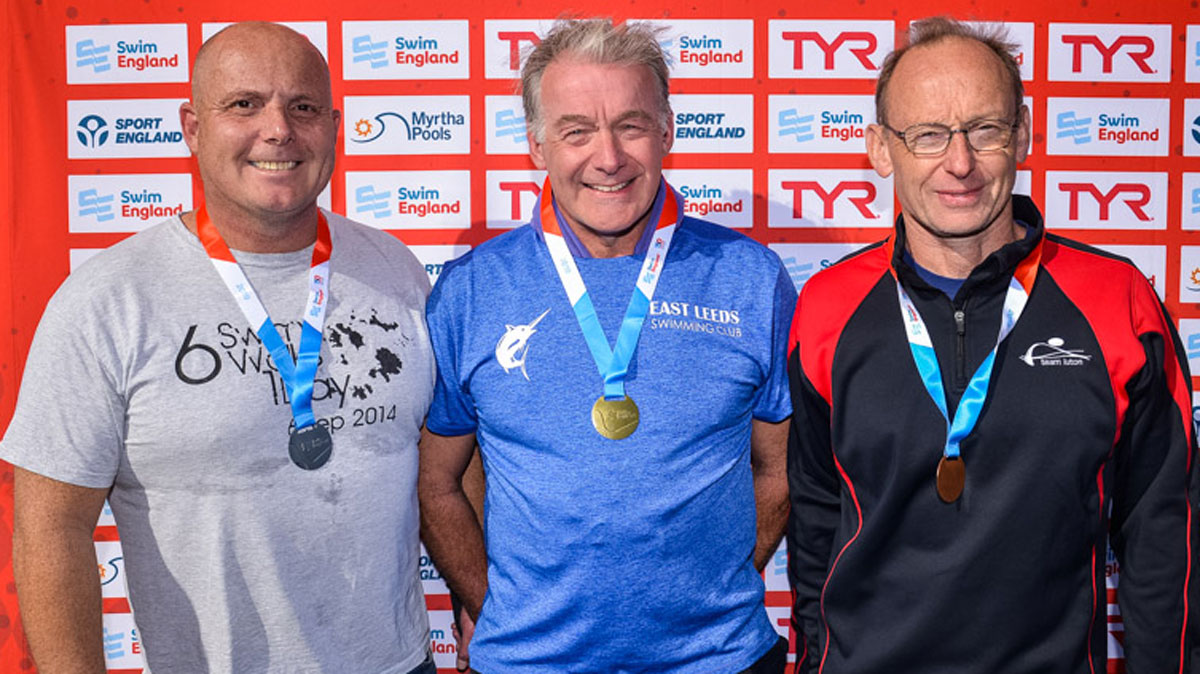 In one of the most packed age groups of the day – 55-59 – Nicholas Parkes rose above to take home all three gold medals.

The East Leeds swimmer won the 5km by a comfortable margin of more than four-and-a-half minutes, but he was certainly pushed over the other two distances.

Parkes edged out Rochford’s Stephen Ham by 36 seconds in the 3km, before showing superb grit to fight for victory in the 2km race.

All three medallists were within 32 seconds as Parkes prevailed in 31:26. 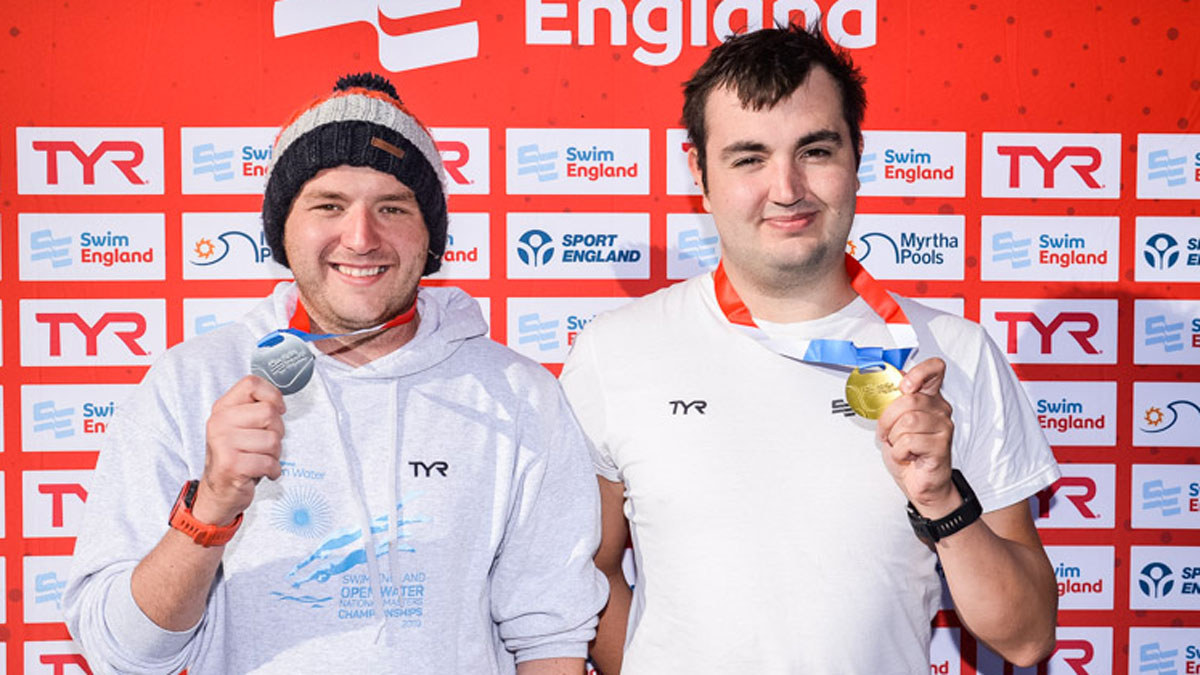 The City of Norwich swimmer won all three of his events comfortably, claiming gold in the 5km by nine-and-a-half minutes, before winning the 3km by more than five minutes and the 2km by four minutes.

He said: “This year has been a bit topsy turvy for me. I changed clubs to join City of Norwich, which is a fantastic club, and then I ended up wrenching my rotator cuff back in June and I was strapped up over that.

“I had to completely change my stroke technique and I only got back in open water about a month ago, so it’s been a bit of a hard journey this year.

“I’ve really enjoyed today, it’s been absolutely brilliant. It was a bit hit or miss as to whether my injury would hold up and if it didn’t I’d have to pull out, but it held and I was just really happy with everything.”