Bracknell’s Grace Kinnell is a national open water champion – only weeks after coming off crutches.

She suffered a stress fracture in her hip earlier this year and spent three months hobbling around on crutches as she recovered from the injury.

Roodhouse was only half a second ahead of Surrey University Swimming Club’s Millie Emmans, who claimed the bronze in 1:03.14.

Kinnell said: “I really enjoyed that it was really fun.

“It’s been a tough season this year so I’m happy to get here. I had a stress fracture in my hip in February so I was on crutches for 12 weeks.

“I got off my crutches about six weeks ago so I’m really happy to win gold. I was in front all the way. I just went out really fast and then held on to it.

“It was quite smooth up to the first buoy and then to the second but coming in to the finish it was so choppy.

“I’ve qualified for the Open Water Nationals three years in a row but I’ve never actually made it because I’ve always been injured.” 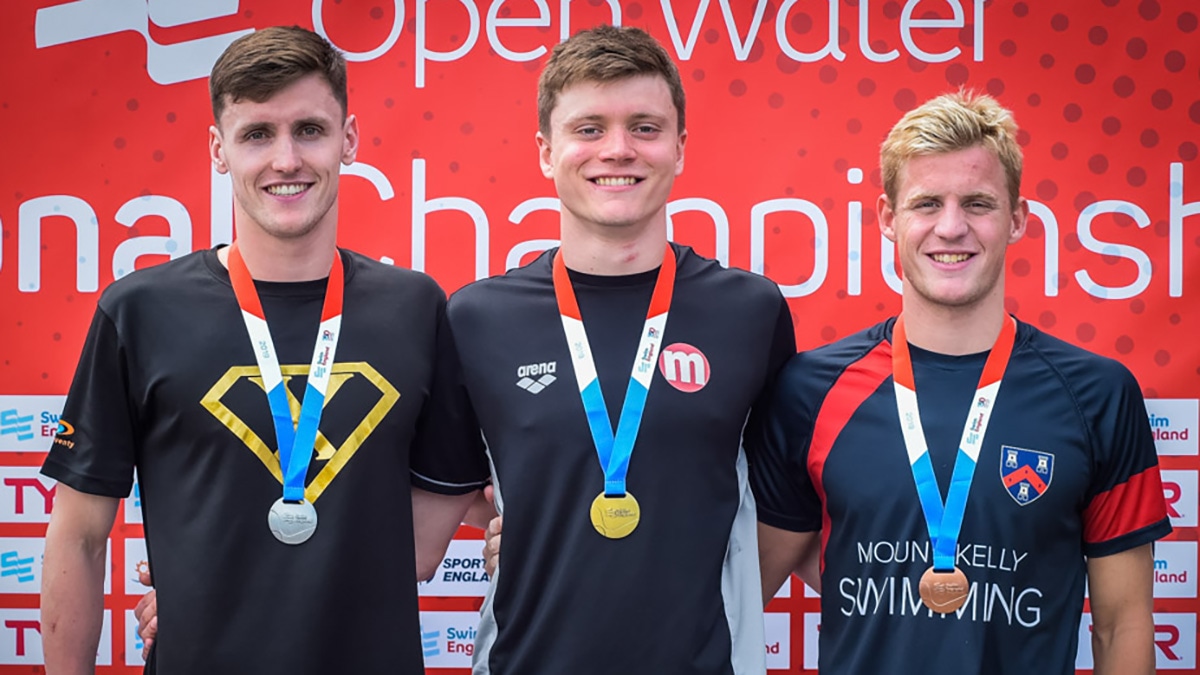 In the Boys 19+ Years 5k race, City of Manchester’s Bailey Hairsine led from start to finish to comfortably win gold – and go one better than his 2018 performance.

He clocked a time of 55:47 to finish almost four minutes ahead of Derventio’s Ryan Reader who won the silver in 59:25.

Mount Kelly’s Ben Harrison was in third place in 59:43.

“It was tough conditions on the back straight. There was a strong wind so I tried to use a different line to get out of that and it seemed to pay off.

“I ended up winning by about four minutes so I’m really pleased with that. I led from the start and I knew I had the endurance so I just wanted to take it out with everyone and try to get a lead and hold it from the start.

“Other than the back straight, the rest of the conditions were lovely. It was a really nice water temperature, sunny and quite nice. Overall, it was a really good race.”