Ice swimming is set for another rise in popularity following Great Britain’s success at the third Ice Swimming World Championships.

A team of 14 travelled to the Russian city of Murmansk, which lies inside the Arctic Circle, competing against almost 400 other swimmers from 33 countries.

As they arrived in Murmansk, chunks of ice were still being pulled out of the frozen Lake Semyonovskoye to construct the pool.

With the shorter distances – 50 metres to 500m – all Arctic Cup events and the world championship 1000m race, Team GB had success across the board.

Rory Fitzgerald, of Hampshire, again led the way, winning three gold medals – including in his age group in the coveted 1000m – and a silver medal in the 50m butterfly.

Fitzgerald set a new world record in the 60-64 age group, completing the race in 14 minutes 33.78 seconds to finish 13th overall.

“The huge increase in popularity of the sport was reflected in the scale of the championships, hosted magnificently by the city of Murmansk,” he said.

Fitzgerald was one of three British athletes to win an age group gold medal in the world championship race, with Jade Perry and John Myatt also topping the podium.

Among the Arctic Cup medallists was debutant Anne Saxon, who had primarily travelled to Murmansk to support daughter Caroline, but emerged with a bronze in the 50m breaststroke.

Reflecting on a strong performance all around, she said: “I feel very privileged to have led Team GB to Murmansk and am immensely proud of our achievements.

Heidi Brice, 22, finished ninth in one of the most competitive age groups in the world championship, with Alistair Bell and Mark Guest also completing the gruelling race. 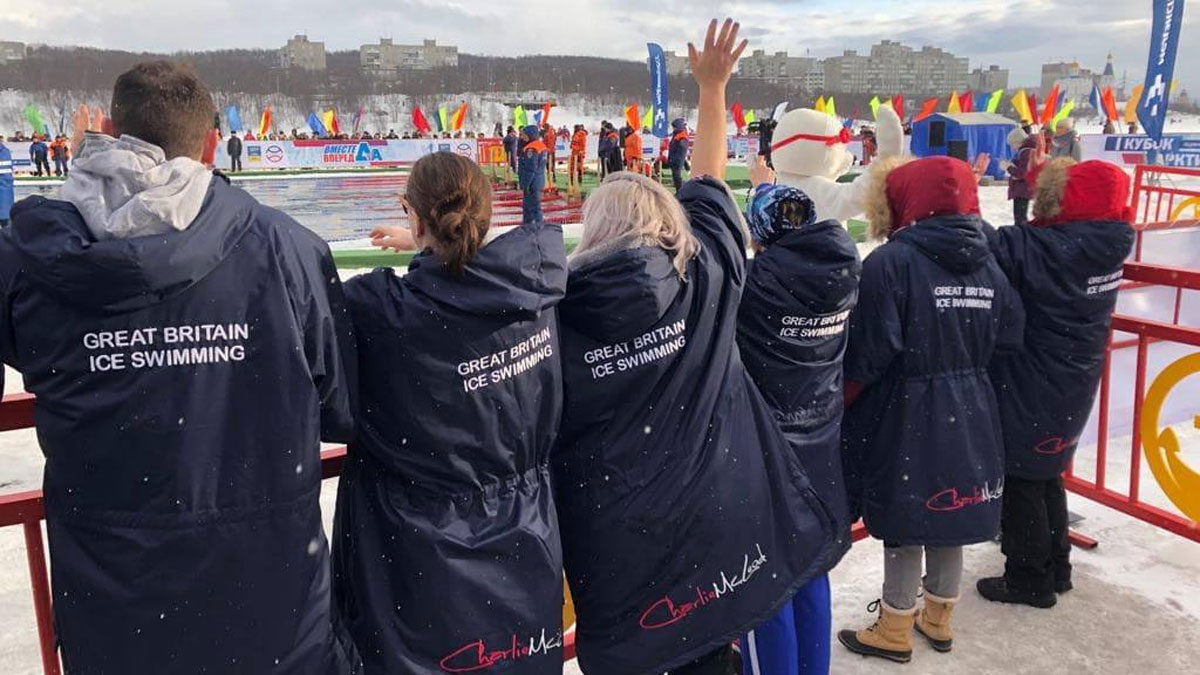 Ice swimming isn’t for the faint of heart and it took some serious preparation for Team GB to get to Murmansk.

Swimmers mixed regular training with ice baths and took trips into the mountains of Wales and Scotland in search of freezing water.

Medics were on hand throughout the meet and enforced strict medical checks, including an ECG, to ensure each swimmer could deal with the freezing conditions.

Jonty Warneken, who became the first disabled man to complete the ice mile in 2014, was prevented from swimming in the 1000m after concerns arose during his medical.

He bounced back with a strong performance in the 50m freestyle, for which he was awarded a special disability award.

For those who were in the water for up to 20 minutes, a thorough recovery was vital, particularly in preparation for the rest of the weekend’s events.

After each race, swimmers were assisted to a recovery area, where numb hands and feet were placed in buckets of cold water and the rest of the body was wrapped in hot wet towels, replaced every few seconds.

They then moved to a warm sauna to complete the recovery process and began planning for the next challenge.

GB Medallists at the IISA World Championships and Arctic Cup