The chilly Russian city of Murmansk might not seem like your most popular tourist destination but for a group of daring Brits, it’s the ideal place to go for a swim. Mitch Grima found out why.

March is an unforgiving month in the Russian city of Murmansk. The average temperature is around -6.5 degrees Celsius and the water temperature rarely creeps above freezing.

But for a group of British athletes, those are the ideal conditions for swimming.

Held between March 14-17, more than 400 competitors from 32 countries will brave freezing conditions in the 25 metre pool, which has been cut into the frozen surface of Murmansk’s Lake Semenovskoye.

While the idea of competing in arctic conditions would keep away even the most ardent of swimmers, for the likes of 60-year-old Rory Fitzgerald, of Hampshire, cold water swimming provides an unrivalled thrill.

Fitzgerald’s competitive ice swimming journey began in Murmansk at the first World Championships in 2015 and he is competing in the 1,000m Freestyle again.

The shorter races he will compete in at this year’s competition – the 200m Freestyle, 50m Freestyle and 50m Butterfly – are all Arctic Cup events.

Fitzgerald, who is a world record holder in the 55-59 years and 60-64 years age groups, said: “The sense of achievement and euphoria following my swim in Murmansk persuaded me to keep at it.

“Training in the lead up to the ice swimming championships is to prepare for the initial cold shock, the management of cooling and the experience of re-warming.

“It is impossible to emulate the effective Russian recovery procedures, so training has to avoid the extreme exposure that will be encountered in Murmansk. But it has to prepare us for it.”

Camaraderie amongst swimmers is fantastic

Fitzgerald will be joined on Team GB by Jonty Warneken.

As a result of a car accident at the age of 22, Warneken’s left leg was amputated below the knee, titanium plates were placed in his forehead and his nose was rebuilt with parts of his ear.

But in January 2014, Warneken, of Harrogate, became the first disabled man to complete the ice mile – swimming a mile in icy water – and only the 71st person to do so.

His passion for ice swimming will continue in Murmansk, where he will compete in the 1,000m Freestyle and 50m Freestyle.

“What I’m now trying to do is get this new body of mine to operate in those temperatures and it’s a challenge and the body is fighting me all the way,” Warneken told BBC Breakfast.

“There’s three reasons why a lot of us do this.

“There’s the physical challenge of actually swimming in water that is below five degrees and swimming distance.

“The second reason is that we open water swim because we love being out in nature.

“And the third thing is that the camaraderie amongst the swimmers is fantastic, it’s a great group to be part of.”

It’s the buzz it gives you 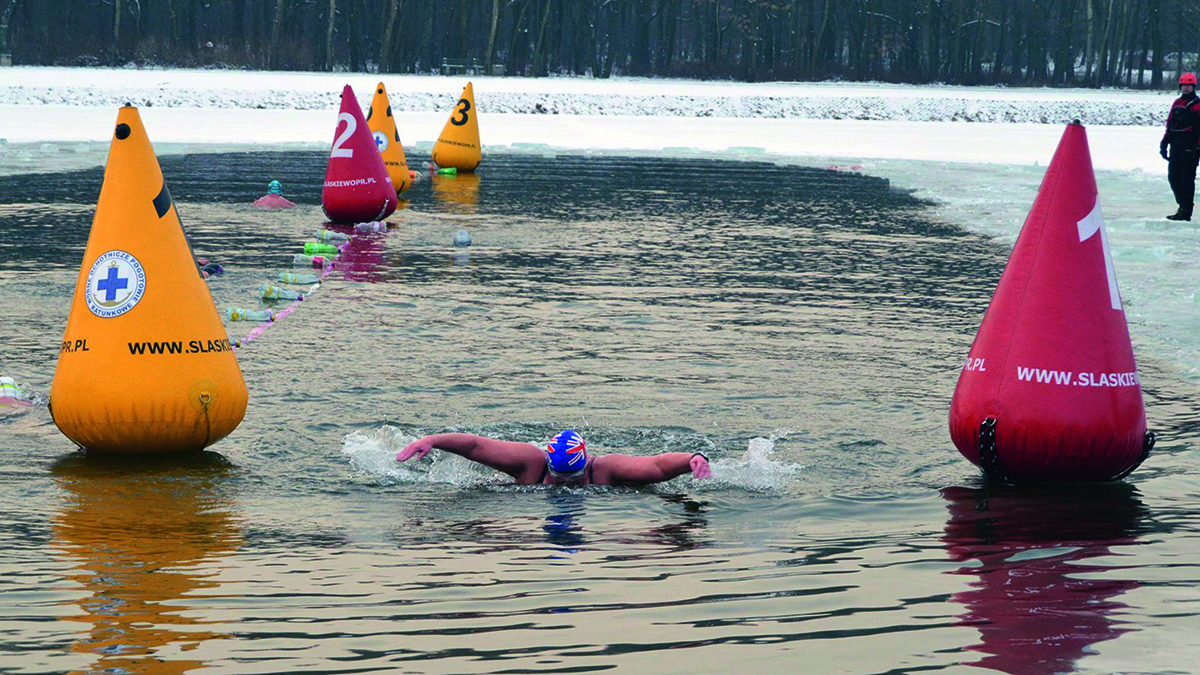 Pauline Barker, the founder of Devon and Cornwall Wild Swimming, is one of one three people in the world – and the only woman – to have completed 10 ice miles in total.

“It’s the buzz that it gives you,” Barker said. “There are stages to each swim – the anticipation of the cold and then the reality of it.

“It always takes my breath away and it’s always cold. It’s not that I don’t feel it anymore. I have just learned how my body reacts to it and acclimatised to it

“There are many cases of anecdotal evidence that show that cold water swimming, in particular, has health benefits including relieving depression and anxiety. For me, it’s also provided me with adventures and taken me swimming in places and countries I would never have been to.”

Although cold water swimming has grown in popularity, Barker warns that it’s a sport which requires immense preparation and precaution.

“It does have its dangers – particularly if you have cardiac or blood pressure issues – so always be sensible and seek medical advice before starting,” Barker said.

“Cold water shock and afterdrop can both be significant and you need to learn what is ‘normal’ for you to feel in cold water. Everyone is different but I don’t advocate taking risks and will always err on the side of caution.”