Jack Burnell was cursing his luck for the second time in as many years after finishing fourth in the 10km Open Water race at the 2017 World Championships.

The 24-year old was in the medal hunt throughout the race at Lake Balaton, Hungary, but ultimately missed the podium by 1.6 seconds in the sprint to the line.

“We gave it everything this year. We put absolutely everything into it.” – Jack Burnell

The result comes less than 12 months after Burnell was harshly disqualified from the same race on his Olympic debut at Rio 2016.

And Burnell admitted leaving a major championship empty handed for the second consecutive year was a bitter pill to swallow.

“I’m gutted,” said Burnell. “We gave it everything this year. We put absolutely everything into it.

“It’s so hard to find words when you’ve just finished fourth at a World Championships. It’s hard to draw positives at this stage. Obviously we wanted a medal at least but it didn’t happen today.

“I couldn’t have given any more but I wasn’t the best man on the day unfortunately. I couldn’t have asked for a better race in terms of how I swam it and where I was placed around the course.

“Coming into the finish, I felt strong and those boys went at the same pace I did. Maybe I should have made a move a little earlier but those are things we will look at when we go back to the drawing board.” 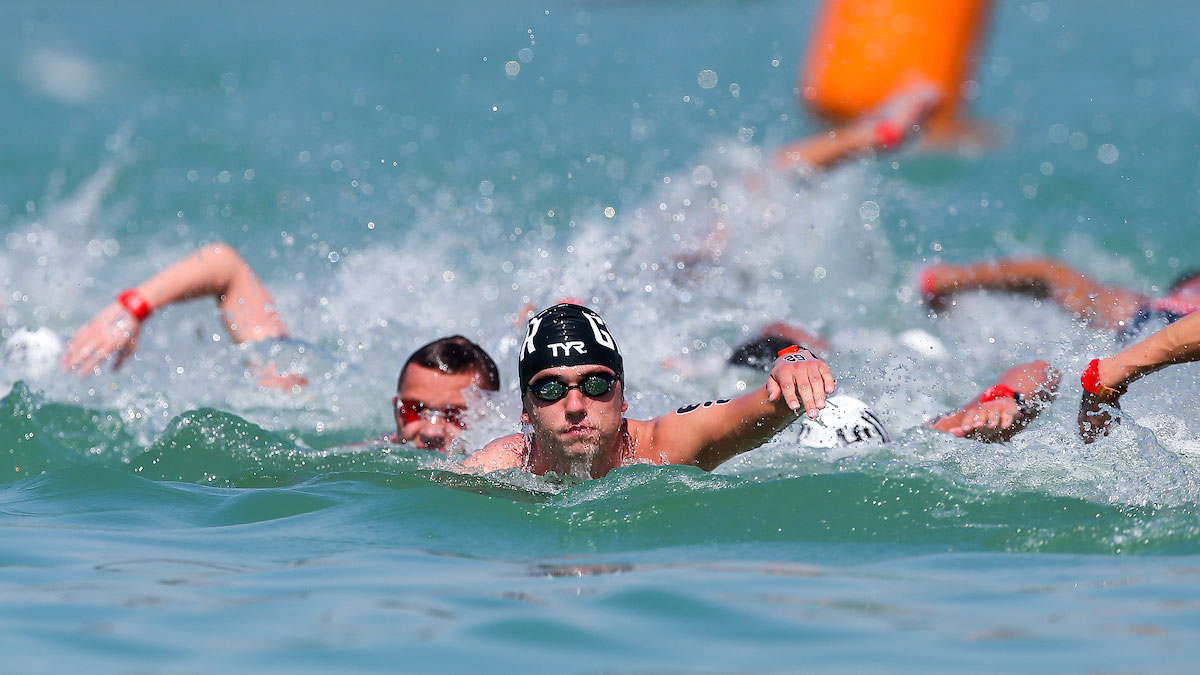 France’s Olympic bronze medallist Marc-Antoine Olivier (1:51:59.2) added to his 5km gold from the opening day in Hungary with bronze while Burnell finished in 1:52:00.8.

While the English swimmer was frustrated at coming so close to a medal, his result was the best by a British swimmer in a World Championship 10km since Keri-anne Payne retained her women’s crown in 2011.