Jack Buswell celebrated victory in one of the closest-ever finishes at the Swim England Open Water National Age Group Championships.

In a four-way battle for the gold medal in the Boys 17-18 Years 5k race that saw a dramatic sprint finish, Northampton’s Buswell was first to touch hime in a time of 55:34.247.

In total, only 1.47 seconds separated the top four, with Greece’s Ross Aivaliotis claiming a commemorative silver medal for his time of 55:34.697.

Buswell had no idea how close the finish was, however, as his goggles had steamed up during the race.

“It was quite a nice swim. My goggles fogged up a bit so I couldn’t really see the other boys but I’m happy with the win. 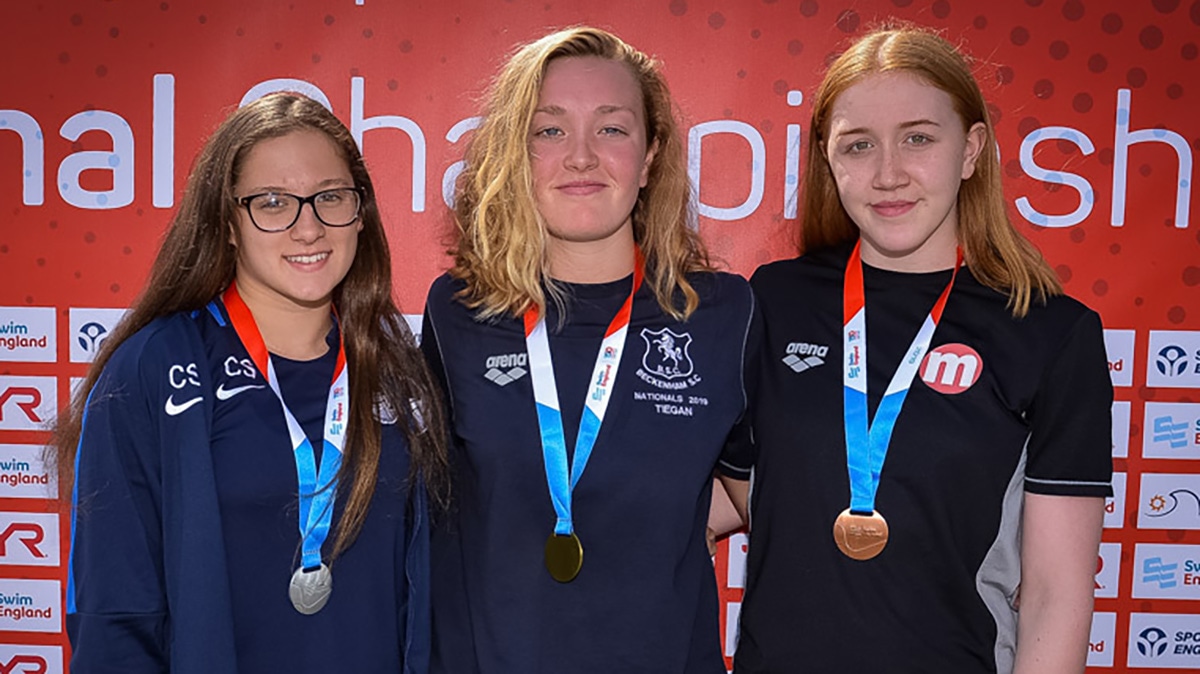 Tiegan Child cruised to the gold medal in the Girls 17-18 Years 5k contest – after finishing second on the podium twice before.

The Beckenham swimmer was more than two minutes ahead of her nearest challenger after finishing an impressive swim in a time of 1:00.01.

Chesterfield’s Chloe Stennett was second in 1:02.01, more than 40 seconds in front of City of Manchester Aquatics’ Emma Dickson who took the bronze in 1:02.42.

Child, who was the silver medallist in the 16 years 5k race in 2018, said: “I’ve done Open Water Nationals the last three years now and I’ve come second the last two years so I’m really happy with the gold.

“I’ve loved open water ever since I started doing it. It’s so different to the pool.

“It was actually quite nice out there. It was quite cold at the start but it’s quite refreshing, especially with how hot it’s been so it was good.

“From the start I knew it was going to be a bit rough but I managed to stick with the 19 Boys because we went in the same way.”

It capped a great few days for Child as she also competed at the Swim England National Summer Meet, setting personal bests in the 400m and 800m Freestyle, winning gold in the latter.