Having won the gold medal last year, the City of Peterborough swimmer came home again first at Rother Valley County park in a time of 58:54.

“I used pretty much the same tactic as last year – hit it from the start,” – Jamie Scholes

He was 34 seconds ahead of second placed Royal Wolverhampton School’s George Barber (59:28). Hatfield’s Max Jelfs was third in a time of 1:01.46

Jamie said: “It’s the second year in a row I have won and used pretty much the same tactic which was to hit it from the start.

“I knew that if I got a big enough lead at the beginning, they wouldn’t be able to catch up with me. George was just behind me after the first lap but I managed to increase that lead.

“It was a little bit slower than last year but the conditions then were much calmer so I’m happy with my time.

“Open water is my main focus and, hopefully, I’ll go to the European juniors next year and some international events.”

Henry Pearce won’t forget his third ever open water swim – as he was crowned national champion.

The City of Peterborough swimmer was told by a friend he should try open water swimming as ‘he would be good at it’.

“I’m pleased with my swim. It was a lot harder than I was expecting as the conditions weren’t great but it was a good race.

“My coach said to go out strong and test the waters, cruise on the next lap and then really push on. Luckily no-one came with me.

“It’s my first time here and only my third open water swim. I’m definitely going to come back.”

Northampton’s Jackson O’Rourke took the silver medal in a time of 1:02.46, while Wycombe District’s Joshua Williams finished third in 1:02.47.

He clocked 58:10 to take the gold medal but the Derventio eXcel swimmer was pushed all the way by second-placed Bailey Hairsine (City of Manchester Aquatics) who recorded a time of 58:14.

Ryan said: “It’s my first time as national champion and it was nice to stand on top of the podium.

“The windy conditions weren’t great or ideal but it was nice to be able to race in different conditions and get some more experience.

“It was a good race. On the last lap, it was just me and Bailey and it was nice to come down to a sprint finish, which was quite exciting.

“I tried to sit back and hide from the weather conditions and not put up with the wind and make a move on the last lap and try and go past anyone. I’m very pleased.” 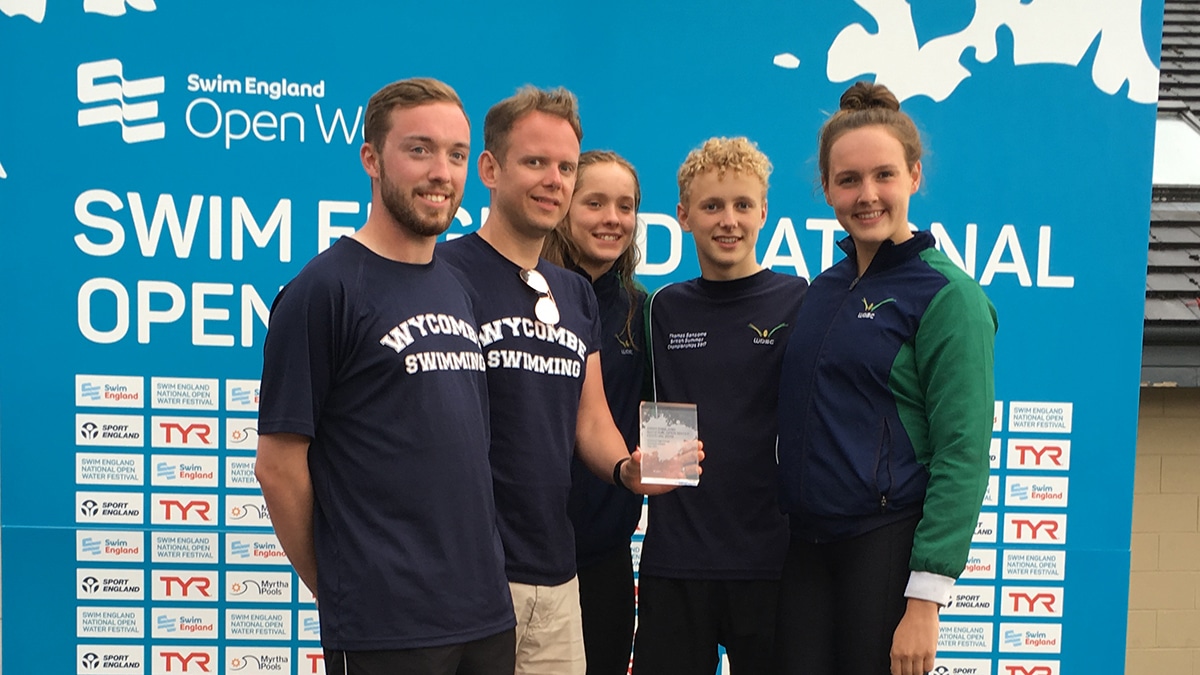