Livia Kingsland was the only person to finish under 38 minutes as she won a Swim England Open Water National Age Group Championships title at her first attempt.

The Nova Centurion swimmer was making her debut at the open water nationals and finished 22.34 seconds clear of her nearest rival as she celebrated a comfortable success in the Girls 14 Years 3k race.

City of Sheffield’s Georgia Robertson took the bronze medal after touching home in 38:14.093.

Kingsland said: “It’s the first open water nationals I’ve ever done so it was good.

“I was at the British Championships in Glasgow a few weeks ago. I won the 1500m Freestyle and got silver in the 800m and 400m freestyle so it was good preparation.

“It was really wavy and stuff but it was okay.” 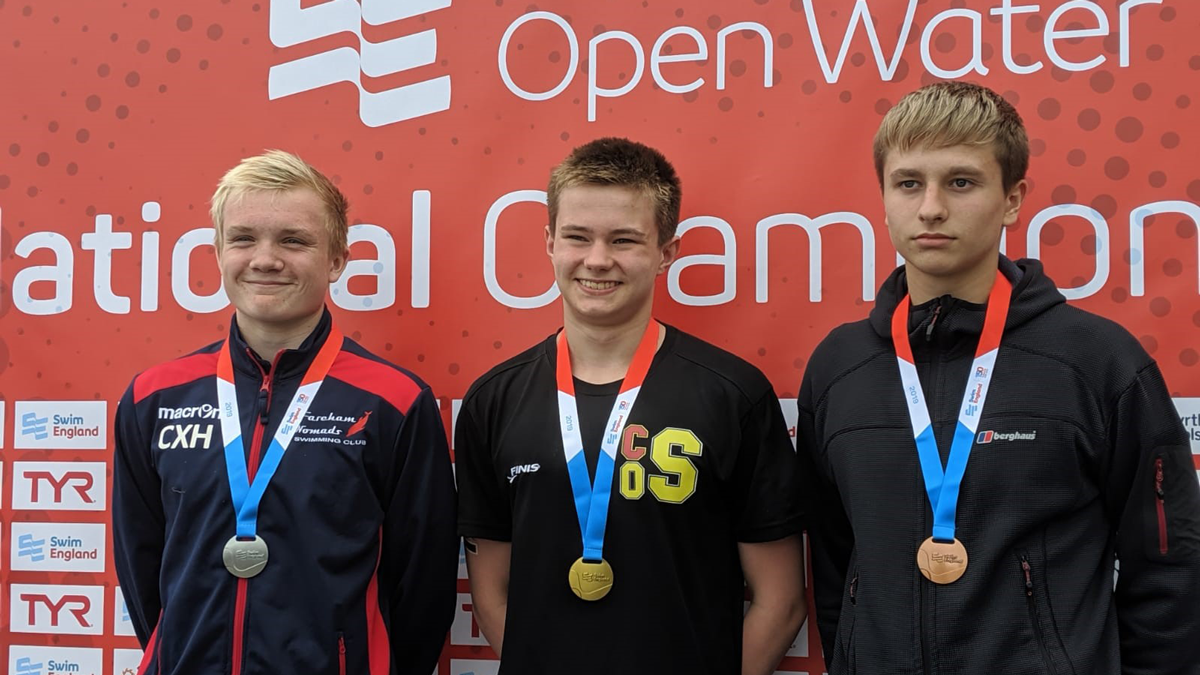 Stout said: “It was okay, there were a lot of waves and it’s a bit hectic.

“I pulled in front by the end of the first lap and then I stayed there for a bit and then I had a few people come up with me and they stayed with me until towards the end –  it was a close finish.

“In terms of the temperature it wasn’t that cold. it was actually fairly warm for open water.

“You had to fight the waves a little bit but, in some cases, especially in the first lap, they kind of carried you a bit so you felt very strong going over them.

“This is my very first open water event. It’s only my second time swimming open water. The only other time I did it was maybe two months ago when I did a taster day kind of at my local quays.