Hatfield swimmer and British international Hughes, who won 7.5km silver at last year’s European Junior Open Water Championships, took the race out and couldn’t be caught as he took gold in 31:58.02.

And the 18-year old admitted the race was the perfect preparation for the 10km at this month’s European Championships where he will make his debut.

“There wasn’t really much tactics for that,” said Hughes. “It was just about getting some racing in. We’ve just come back from a training camp in Loughborough and I haven’t been tapered for this at all because we’ve got Europeans coming up so it was more just to see what I can do without any rest.

“I saw nobody else really wanted to go in front and I didn’t want the pace being too slow so I just took the lead out because of that. I think I could have gone a bit quicker but it was just about doing what I had to do.

“I saw nobody else wanted to go in front and I didn’t want the pace being too slow,” – Caleb Hughes

“A 3km like this good practice because it’s not too long so obviously you’re not going to be absolutely exhausted after it. It’s good practice for setting the pace of the first 3km of a 10km race.”

Swansea Aquatics swimmer Jones was swimming at her first National Open Water Championships having also competed at the European Junior Championships and Commonwealth Games for Wales earlier this summer. 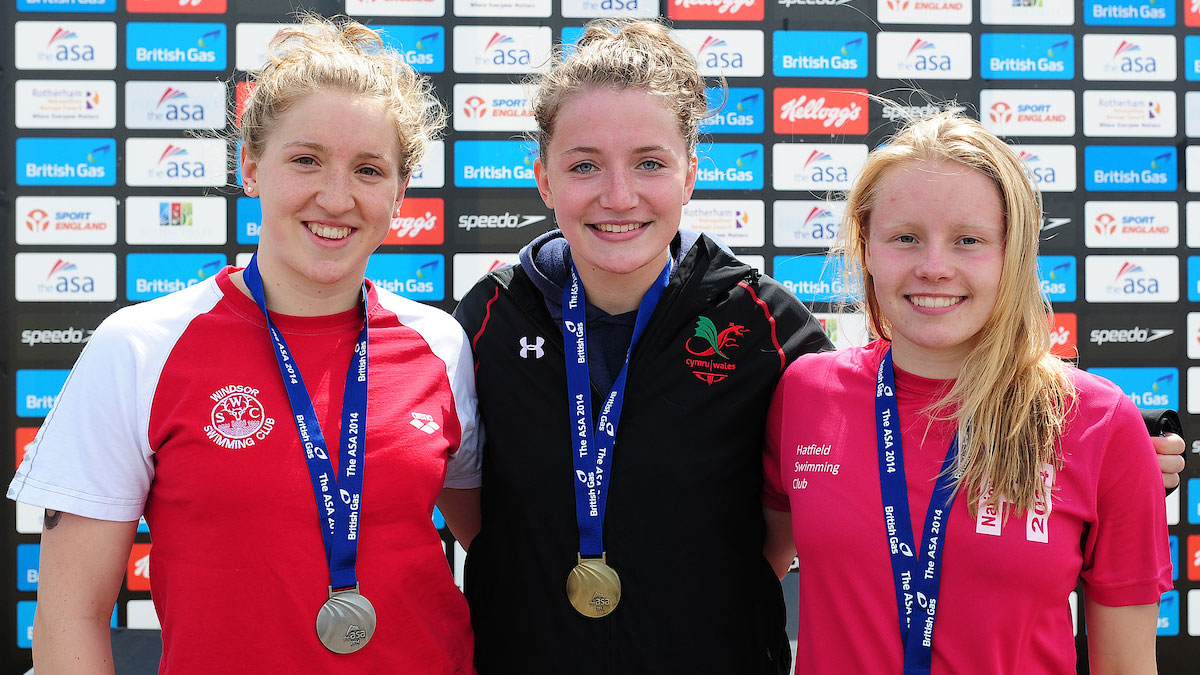 And the 17-year old continued her form into the Rother Valley event, heading straight for the front of the field to drag a group of six swimmers away from the pack before upping her stroke rate to pull clear in the final 1km loop.

“I definitely wanted to try and control the race as much as I could,” said Jones, who will compete for Great Britain at the World Junior Open Water Championships later this month.

“I thought I would see how it went and see if we could break away a little bit. It’s always harder swimming in a really close pack so if we could break quickly, it would be easier to get around. It seemed to work quite well once we got to the front.

“It’s been a good year competing at European Juniors and Commonwealth Games – a bit mad, but I’m really pleased with how it’s gone. Glasgow was a really great experience. I wasn’t sure how I would do today but I’m absolutely chuffed to have won and for the race to have gone so well.”