Nathan Hughes has set his sights on joining the greats of British open water swimming after an impressive season which led to him being named Swim England’s Open Water Talent Athlete of the Year.

The Hatfield swimmer claimed his maiden European title after winning gold in the 10km at the European Junior Open Water Swimming Championships in Racice.

Nathan was rewarded for taking charge of the race and his success in the Czech Republic vindicated his decision to put all his energy into the open water.

He said: “This last year has probably been one of the biggest steps I’ve taken. I’ve been swimming for a while, but I’ve mainly focused on open water a lot, instead of the pool.

“After the Christmas break, I knew if I wanted to achieve anything at the European Junior Championships, I had to put everything into the open water.

“It feels a completely different sport when you’re in it, it’s not just swimming.

“At the start of the race [at European Juniors], I wasn’t feeling great. But thankfully it’s not 100 metres, so I don’t just have two lengths to get used to it.

“I was feeling a bit poor at the start of the race, but then I got into my rhythm and I broke quite early to try and win it down the last lap.

“I was tired towards the end, but I managed to bring in my sprint finish from my fast training in the pool.

“It was probably the best moment of my swimming career.” 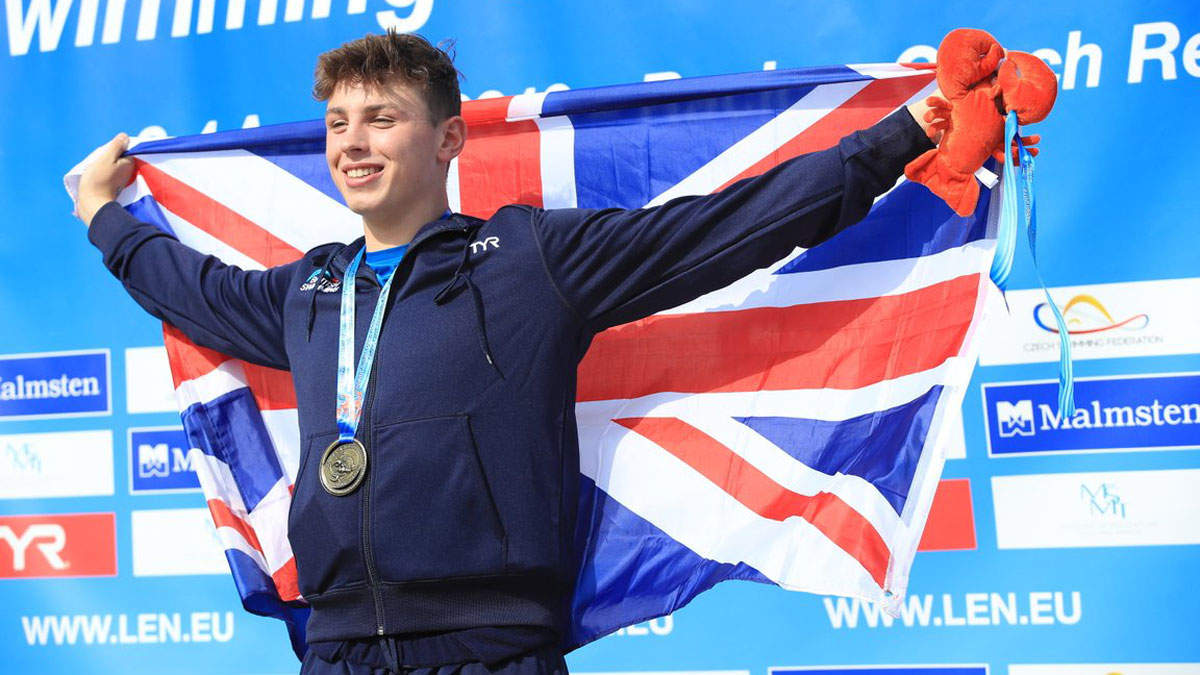 Having proven his pedigree at international level, Nathan already has his eye on continuing Britain’s Olympic success over the marathon event.

David Davies, Keri-anne Payne and Cassandra Patten have all won open water medals at the Olympics.

Nathan added: “I’ve had a lot of experience, so since the age of 15 I’ve been competing internationally for Great Britain.

“I still have nerves, but nerves just show it means a lot to you and it’s worth it.

“It’s shown me that this is not just another event I can do alright in. It’s something I am good at and if I focus on it, I can go a long way.

“Everyone’s ambition is to win an Olympic gold medal, then I would go along with some of the other open water greats in Britain.”

Nathan has graduated from the Swim England Talent Pathway, earning a place on the Performance Squad for 2019-20.